Raikkonen stayed out seven laps longer than Vettel before his first stop and consequently dropped back from an initial fourth place to sixth.

Later incidents meant Raikkonen eventually ended up finishing third while Vettel was only eighth, but former Benetton/Renault technical chief Symonds said such tactics can only hinder a constructors' title bid.

"I think they need to decide how they're going to go racing," Symonds said of Ferrari.

"The way they used Raikkonen in China was unfortunate - leaving him out for so long and trying to slow down other cars. And to be honest, it didn't really work.

"By the time his rivals reached him, his tyres were shot and they could easily overtake, so it wasn't a great strategic decision.

"I don't think that's the way to get a constructors' championship.

"They obviously feel that the drivers' championship is more important, and they've made their decision as to where that will go."

Symonds believes Ferrari is in better shape in 2018 than it has been since the hybrid era began.

"In pre-season I think we hoped that Ferrari would be close to Mercedes but we felt that Mercedes had something in hand," he added.

"They have a reasonable qualifying performance and a very good race pace.

"They are looking stronger than they've looked for many years and I think they've got every chance of a really good season."

He also thinks the stronger competition has highlighted a long-time Mercedes tyre-management weakness previously hidden by its engine cushion. 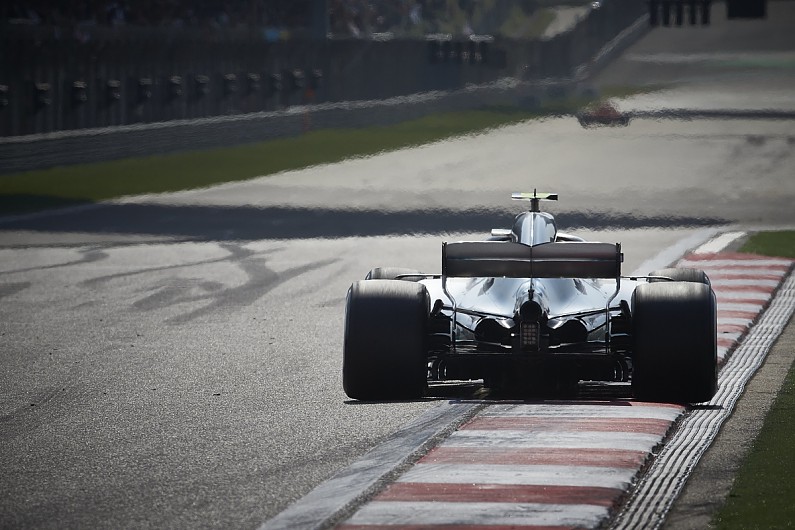 "One thing that they've never quite got on top of is tyre management," Symonds said.

"I think things were masked from 2014 to 2016, simply because they had this big power advantage.

"Then last year we started to hear the car being called a 'diva'. What's that about?

"In my mind, the difference in performance you get from one weekend to the next is not really explainable in aerodynamics or vehicle dynamics or anything like that.

"With an aero/chassis package, getting your set-up just right might mean you're hoping to pick up a tenth or so from Friday to Saturday qualifying.

"But when you get a big shift, when suddenly you're not competitive, it has to be down to tyres.

He feels Mercedes' 'imperfections' in strategy have become obvious in 2018 too.

"There may have been imperfect calls before, but with such a performance advantage you don't really see them."