While Ricciardo won the Shanghai F1 race, Alonso finished 30 seconds behind in seventh having qualified 13th.

He conceded Sunday's result leaves McLaren with no place to hide.

"It showed us the potential of the power unit and it gives us good motivation that with this power unit we will be able to fight if we do a good job on the chassis side," said Alonso.

"We are not quite there yet. We need to close that gap and we need to work harder on the chassis side.

"We know that we have to improve, no doubts. We can't hide that.

"But at the same time we are doing our job on Sundays and scoring as many points as possible for the team."

Despite the lack of pace compared to the frontrunners, Alonso believes the start of the season has been positive for him as he has maximised all opportunities to score. 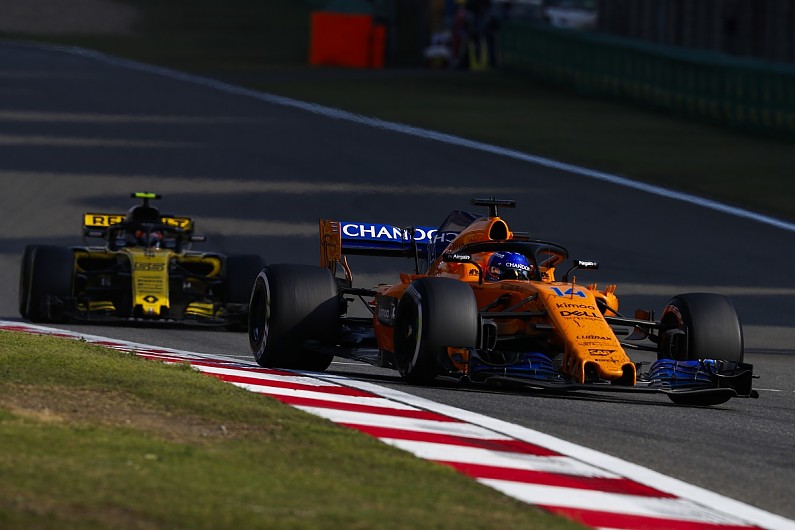 Fifth place in Australia and seventh places in the subsequent two races - despite having yet to reach Q3 in 2018 - mean Alonso is currently sixth in the world championship.

"So far great Sundays, but we need to keep improving the car. We are not quite yet in the top group."

"We have no excuses this year," Vandoorne said.