The Sauber driver outqualified his more experienced team-mate Marcus Ericsson for the first time on Saturday at Shanghai, and ran ahead of him in the opening stint of the race.

But a spin at Turn 1 briefly left Leclerc in the gravel and caused floor damage that compromised the rest of his race and left him 19th, last of the finishers.

Leclerc initially thought the floor damage might have forced the spin but the team later determined it was a result of the off and not the cause.

He told Autosport it was "very strange because the first three laps I was actually going quicker into this corner".

"And this lap actually I went slower and lost the rear very unpredictably," Leclerc added.

"I could not see it coming at all. And after that I never managed to reproduce the speed I was doing in all the high-speed corners.

"The rear was just very loose and it was very difficult to drive overall.

"Turn 1, Turn 7, 8 and Turn 13 also on the exit, these corners were just very difficult to manage after that."

Reigning Formula 2 champion Leclerc has had a tricky start to his maiden F1 season, which he admitted last week was compounded by team-mate Ericsson's strong form. 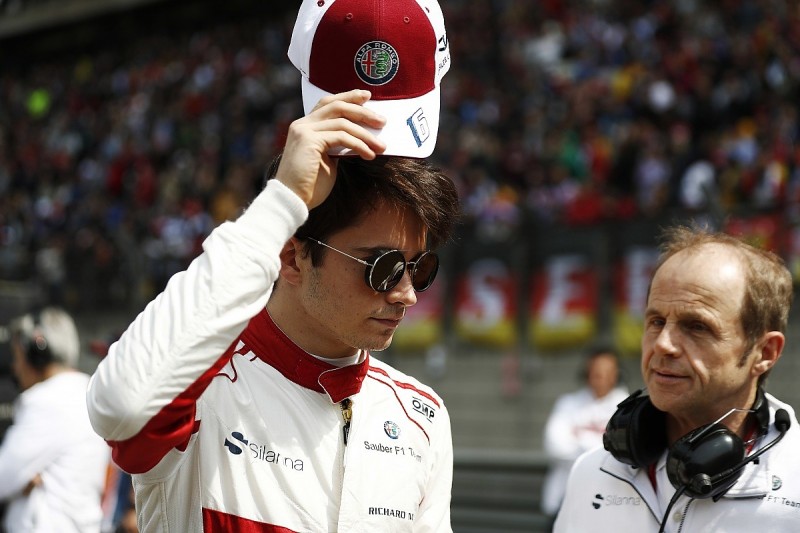 He said his spin was "a little bit frustrating" but believes the severity of the mistake was reduced because Sauber was not fighting for points like in Bahrain.

"Of course I would have preferred a better result but on the other hand we haven't lost massively," he said.

"The end result is not what we wanted but there is a lot of positives.

"I think we have learned many things and we should come back stronger in Baku."

Ericsson struggled in qualifying and the opening stint of the race in China, but was much more competitive after switching from soft to medium tyres and rose to 16th.

He thought more was possible had he and the other backmarkers been able to rejoin the back of the safety car queue, instead of still being 10 seconds adrift as they tried to catch up after being allowed to unlap themselves before the restart.

"We need to understand why we were struggling so much with the balance in the first stint because the second was really competitive," Ericsson told Autosport.

"We had two completely different phases of the race. It's nice to finish stronger because that shows the potential is there."