McLaren has ruled out having a title sponsor for the 2018 Formula 1 season, despite team boss Zak Brown saying it has attracted a lot of interest from new backers.

In the past former McLaren team principal Ron Dennis suggested that the era of the title sponsor in F1 was over.

Though Brown had initially hoped to get a new title backer for McLaren, which has not had one since Vodafone's exit at the end of 2013, he now agrees they could be a thing of the past.

"I don't think we're going to have a title sponsor per se," said Brown.

"What I think we're going to have are major partners.

"If you look at F1 no one really refers to the name of the team's title partner, so I don't think there's a lot of value. We're McLaren, we're not ABC McLaren.

"There's major branding, but we don't want to sell the title, we want to remain the name of the team - McLaren.

"In NASCAR the drivers are trained to get out of the car and say, 'I'd like to thank my Chandon Ford today.'

"That doesn't happen in F1, so we want to protect our brand." 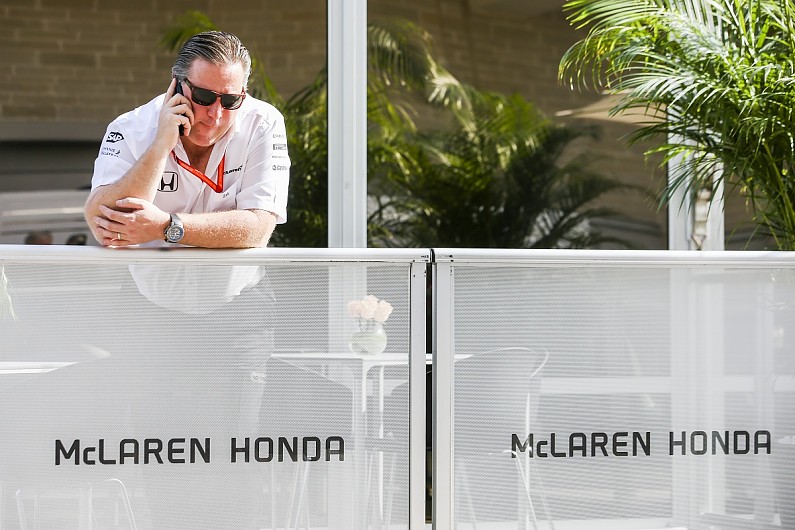 Brown says that interest in McLaren has been stirred both by changes in F1 as a whole and the stronger situation of the team itself as it switches from Honda to Renault power for 2018.

"We have signed some sponsors, but I don't know exactly when we're going to announce them," he added. "We're not done yet, so all sponsors are welcome!

"We've got a lot of excitement. There's a good buzz around F1, TV ratings are up, live attendance is up, new owners, strategic vision, so there's momentum behind F1.

"And then there's momentum behind McLaren. We've got Fernando [Alonso], we've got Stoffel [Vandoorne], we've got Lando [Norris] coming through the ranks, we've got a new engine partner, so generally we feel that there's some wind at the tail, as opposed to a headwind."