Ferrari protege Charles Leclerc wants to avoid following Stoffel Vandoorne and Pierre Gasly into Super Formula and hopes to get straight into Formula 1 in 2018.

Leclerc is dominating Formula 2 this season, but Vandoorne and Gasly - the previous two champions in what was then called GP2 - both had to wait for an F1 chance after their feeder series titles.

They were initially sent to Japan's premier single-seater category by their respective backers McLaren and Red Bull.

Asked by Autosport if spending 2018 in Super Formula was an option for him, Leclerc replied: "I'd prefer not to go to Japan, to be honest.

"But we'll see what the opportunities are at the end of this year. Hopefully I don't have to go to Japan."

Leclerc drove for Sauber in first practice for this weekend's Malaysian Grand Prix, the first of four Friday F1 appearances he is dovetailing with F2.

He has been strongly linked to a full-time 2018 Sauber seat given Ferrari's interest in using it as an effective junior team.

While Leclerc acknowledged that Ferrari and his manager Nicolas Todt "are speaking a lot", he said they had decided not to inform him about how negotiations were progressing so he could focus on F2.

"I'm very happy about that. To be honest, I don't want to know much," said Leclerc, who can seal the F2 title at Jerez next weekend.

"I have a goal and it's to win the Formula 2 championship this year.

"Anything that comes after, will come after.

"I'm sure that Ferrari and Nicolas will work as hard as possible for me to have the best place possible in 2018.

"If I continue to do the job, like I did from the beginning of the year, in Formula 2 I hope they will find a place for me."

Leclerc has already been mooted as a potential replacement for Kimi Raikkonen at Ferrari in 2019 if he impresses as a rookie with Sauber.

Fellow Ferrari protege Antonio Giovinazzi is also in contention for a 2018 Sauber seat and has a Friday F1 practice programme with Haas.

Asked by Autosport if Ferrari had given him any indication of his season for next year, Giovinazzi replied: "I still have three FP1s so I want to do a good job there for the team and Ferrari as well.

"I hope I'll know soon, but it's not important how long it will take.

"What is important is to be in the car next year." 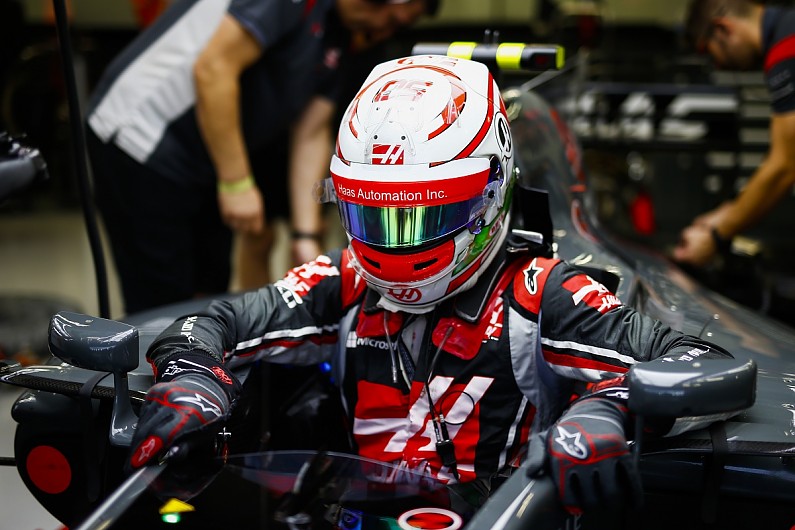