Haas boss Gunther Steiner hopes his Formula 1 team now has all of its difficult circuits out of the way after it struggled during the Singapore Grand Prix weekend.

It came after the team struggled on a similarly low-speed circuit in Hungary earlier this year, with Grosjean retiring and Magnussen finishing one lap down in 13th.

In Singapore, Grosjean and Magnussen qualified 15th and 16th respectively but took advantage of a chaotic race as Grosjean scored points in ninth.

Magnussen ran just outside the top 10 before retiring with a electronics issue.

When asked by Autosport if he was surprised by the American team's pace in Singapore, Steiner said: "It's these low-speed, high downforce tracks, it's very similar to our Hungary experience.

"I hope this was the last one and we can get more in the mix with the midfield, like we are normally.

"I hope it's the end of our struggles this year."

Though Grosjean scored two points, it was not enough to stop Renault leapfrogging Haas into seventh in the constructors' championship after Jolyon Palmer finished sixth.

"We ended up with points so it's a half-happy ending," said Steiner.

"It could have been a lot worse.

"We didn't make any big mistakes. It's better than to go away with no points.

"You could say you just got points because people dropped out. Yeah, but you need to be there to get them. That's what I say." 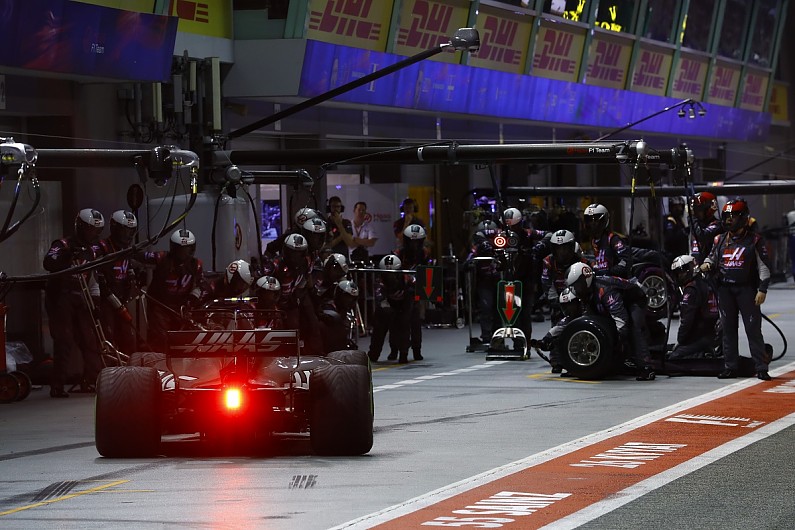 Steiner praised his team's "ballsy" strategy during last Sunday's race, with Magnussen the first driver to pit for slick tyres as the track dried out.

"Our guys did nothing wrong the whole race long," he said.

"One of the good moves was when Kevin went onto dry tyres. It was a ballsy move but it worked out.

"Unfortunately, he had an electronics problem. We'll investigate that and why we had to shut it down."