Mercedes has played down talk of fresh tensions between itself and Ferrari over Formula 1's ongoing oil burn controversy, after it introduced a new engine at the Belgian Grand Prix.

The FIA has published a series of technical directives this year in an attempt to clamp down on teams burning engine oil as fuel for performance gains.

Last month the FIA informed teams that any new engine introduced from the Italian Grand Prix would be allowed a maximum consumption of 0.9 litres of oil per 100km.

Any engine implemented before next weekend's race at Monza would still be allowed to use up to 1.2 litres per 100km.

Mercedes brought its fourth and final power unit of the campaign to last weekend's Belgian Grand Prix, with Lewis Hamilton claiming pole position and fending off Sebastian Vettel on Sunday to win the race.

That decision is understood to have caught Ferrari by surprise, although suggestions a gentleman's agreement had been in place between the two outfits not to introduce an engine in Belgium are understood to be wide of the mark. 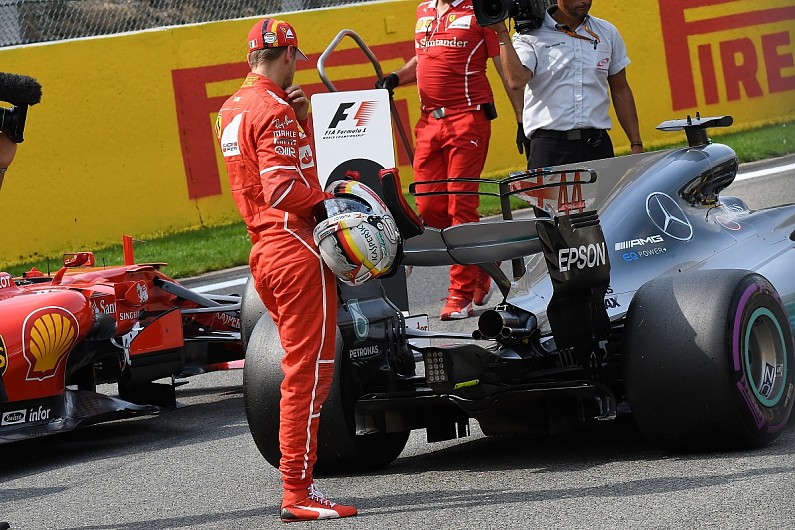 Performance gains from the new power unit - which sources suggest were worth a tenth of a second at Spa - prompted fresh discussion over the issue of oil burn, but Mercedes boss Toto Wolff was confident it would not become a source of conflict between his outfit and Ferrari.

"We are fierce competitors and the relationship we have is that we stick our heads together if there is a problem, and we discuss it behind closed doors," said Wolff, when asked by Autosport if Mercedes' decision to introduce the engine before the new rules came into force could cause Ferrari any angst.

"It hasn't come up. We need to be careful that things are not made up in the public that are just not right, and not true.

Wolff added it would be wrong to suggest the new engine was key to Hamilton's victory.

"As it stands you need to extract every single bit of performance, and it was particularly difficult, because we had to balance our qualifying performance versus the race performance," he said.

"And we've given up qualifying performance in the second sector in order to have that advantage in the race.

"So you have to add all those bits, those milliseconds that add up, to one number.

"That was good enough for us to win today. So everything adds up but I couldn't pick out one element that is responsible."