Mercedes and Ferrari are not interested in supplying Formula 1 engines to McLaren next season, Autosport understands, leaving Renault as its only alternative to Honda.

McLaren is considering splitting with current partner Honda following another troubled season in which it has scored just two points from 10 grands prix so far.

DIETER RENCKEN: Why McLaren ditching Honda isn't as easy as it seems

McLaren executive director Zak Brown has suggested Mercedes and Ferrari are enjoying seeing his team languishing at the back of the grid.

"We're a great team, McLaren has shown the ability to win races and championships," he told Sky Sports.

"But I think several other teams enjoy seeing us where we are today.

"They fear we can go back to being a threat, a fear which is understandable."

Given Mercedes and Ferrari's standpoint, should McLaren end its relationship with Honda, Renault engines would be its only alternative.

But time to agree a deal with Renault is running short, with engineers already advanced in working on next year's car configuration. 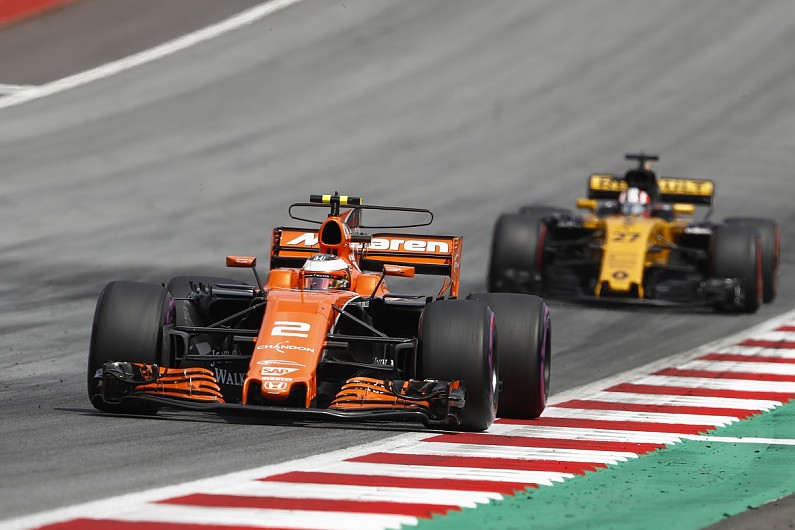 Brown said McLaren needs to make a final call this summer on whether it will stay with Honda, with Fernando Alonso pressuring the team to make a decision quickly.

"We've spoken with Honda about a variety of different scenarios," Brown said.

"We ultimately think that Honda can get the job done, they have in the past.

"We need to make sure the development comes at a faster pace.

"We're starting to work on our 2018 car now and you can only go so far before you need to know the architecture of what you're doing.

"So I think around the summer time, which obviously isn't far away, we need to finalise what we're doing with Honda moving forward.

"We can't continue to be uncompetitive - that's not what McLaren race for.

"It's been three years, so we need to see some drastic power adjustments or some different ways to get there.

"We, like Fernando, want to be winning races and being on the podium and in the current state we can't do that - so some things need to change."

Autosport understands a Renault deal - while not impossible - is unlikely, as the French marque is thought to be reluctant to expand its supply to a fourth team due to concerns it could impact on reliability.