Sebastian Vettel's inconclusive first test of the shield device leaves Formula 1 in a "tricky" situation about what to do about cockpit head protection next year, says McLaren's Zak Brown

Ferrari driver Vettel complained about visibility and buffeting from the wind on his first run with the shield screen during first practice for the British Grand Prix last week, and ended his run after a single installation lap.

F1 plans to introduce a form of cockpit head protection for the 2018 season, but both devices that are being considered have divided opinion.

The alternative to the shield, the halo, also met with a deal of negative reaction when it was first tested and has little support among teams.

Debate over the two options will continue in a meeting of F1's Strategy Group on Wednesday.

"I think it is a tricky one," said Brown. "Does everyone want more safety? Yes. Do people want something that doesn't look right? No.

"But what you have got to do is make sure it works.

"I'm not surprised that this [shield] screen that is quite curved doesn't look right - I don't know what he saw, but he said he got dizzy.

"You don't want any distortion. You want it to look like there is no window in front of you, so I don't know want they do.

"We have to land on something that works. Dizzy is not a good place to be after one lap." 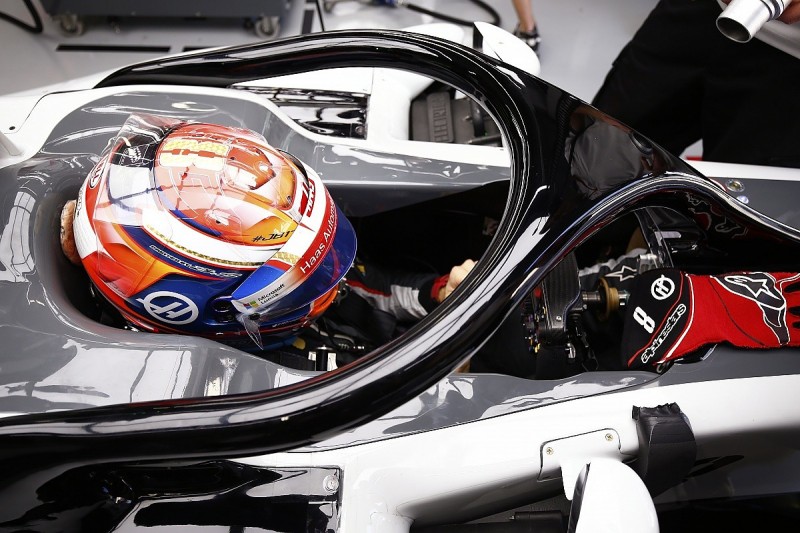 The FIA has been clear that if the shield does not get approved for use in 2018 then the halo will be introduced instead - with a decision expected to be made in the next few weeks.

Red Bull boss Christian Horner, who does not favour the halo, thinks that it unlikely the shield can be ready in time.

"Based on the comments I have read from Sebastian, it didn't sound to be too popular," he said.

"So it feels immature in its concept at the moment to introduce for next year.

"I'm sure it will be discussed at the Strategy Group."

When asked when teams needed to know what was happening so their 2018 cars could be designed to accommodate the chose device, Horner said: "About two months ago.

"These things take a bit of time to get on top of for a big team like Red Bull Racing, so I can only imagine the difficulty that it will take for a lesser equipped team."

Mercedes and Ferrari won't supply McLaren if it splits with Honda