Renault has rubbished suggestions that it is lining up Robert Kubica for a Formula 1 free practice outing later this year, amid doubts over Jolyon Palmer's future.

Kubica's recent test at Valencia left Renault highly impressed, and prompted rumours he could be in the frame for future running as soon as a free practice session at the Italian Grand Prix.

But Renault F1 managing director Cyril Abiteboul shot down those claims and has said there is no plans for further driving beyond an appearance at Goodwood next month.

"No, absolutely not," said Abiteboul about the Monza claims. "I don't know where this is coming from and I can completely wipe that one out.

"Robert has been a family member of the Enstone team, and Eric [Boullier] on my right knows what I mean. He has been very close and very loyal.

"The team in Enstone, which is a very small group of people, actually have been very loyal to a number of drivers.

"In particular Robert made a huge impression on people who've been around, Alan Permane, Bob Bell, Ricardo on the Viry side.

"People feel very loyal and feel they owe something to Robert for making something big in their life and there was this opportunity that we could give to him, that we could afford to him to drive again.

"It was actually a marketing event that got cancelled, so we had a car available at the track and we offered that opportunity to him.

"There is nothing else that is planned for the time being, apart from a marketing event at Goodwood, where he will be driving the same car, E20, in front of Lord March's house." 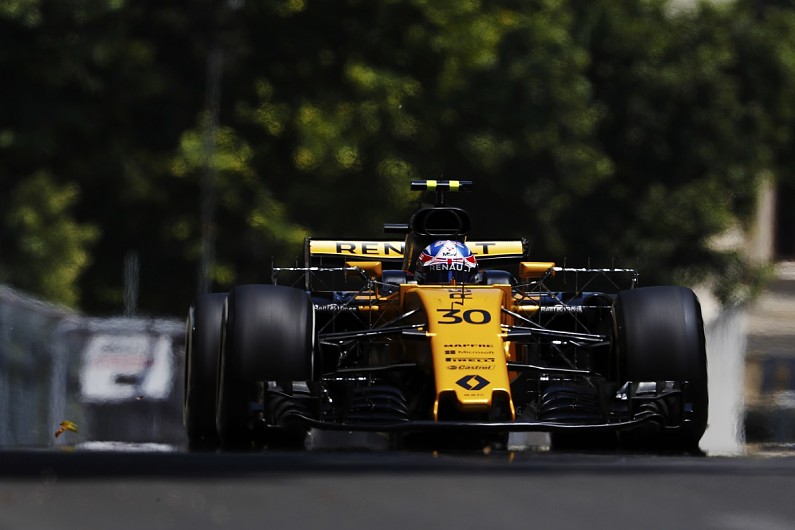 Abiteboul added that the team is doing all it can to help Palmer turn his season around, and insisted there is no deadline for the driver to show progress.

"He [Palmer] has a contract with us; we are completely committed to helping him get through the period, which is a tough period, that's obvious," added Abiteboul. "He has no ultimatum, but having said that he has to deliver, like every single member of the team.

"We are trying our best to protect him but at the same time to do the best as a team to explain to him what we are expecting and we had that type of conversation with him yesterday - go through the metrics and try to define the targets short to medium terms so that he can improve. So that's the situation really."