Sainz was handed a three-place grid penalty for making contact with Haas driver Romain Grosjean at the start in Montreal, losing control of his Toro Rosso and then wiping out Felipe Massa.

Williams driver Massa suggest on Thursday ahead of the Azerbaijan Grand Prix that Sainz deserved a harsher penalty, and said it was akin to Grosjean's Belgian Grand Prix incident in 2012 that led to a one-race ban.

Sainz also copped flak from rivals during the drivers' briefing in Azerbaijan for his actions in Canada and subsequent defence.

Speaking after Friday practice in Baku, Sainz said he was surprised the accident was still being discussed and feels it is improper for drivers to call for one another to be banned.

"I went to the stewards, commented with Romain, with Haas," he said when asked by Autosport about the incident and the comments that have been made since.

"They all clearly saw what happened, that Romain was in my blind spot.

"Since then I apologised, and people tend to keep going on and on about it.

"In Canada on Sunday I was watching onboards of Baku, and people on Friday in Baku are still thinking about Sunday in Canada, and asking for race bans, which I don't find very gentleman or polite.

"Especially when the stewards saw it and gave me a three-place grid penalty."

Sainz's reference to Grosjean being in his "blind spot" was a repeat of his immediate defence after the race in Montreal that he had poor visibility in his mirrors.

That was branded a "dull" argument by Haas boss Gunther Steiner, but Sainz insisted it was valid.

"I try to do everything I can to improve the situation but directly behind us and a bit to the side is pretty much impossible to see," he stressed.

'FRUSTRATING' FRIDAY IN BAKU HAD POSITIVES 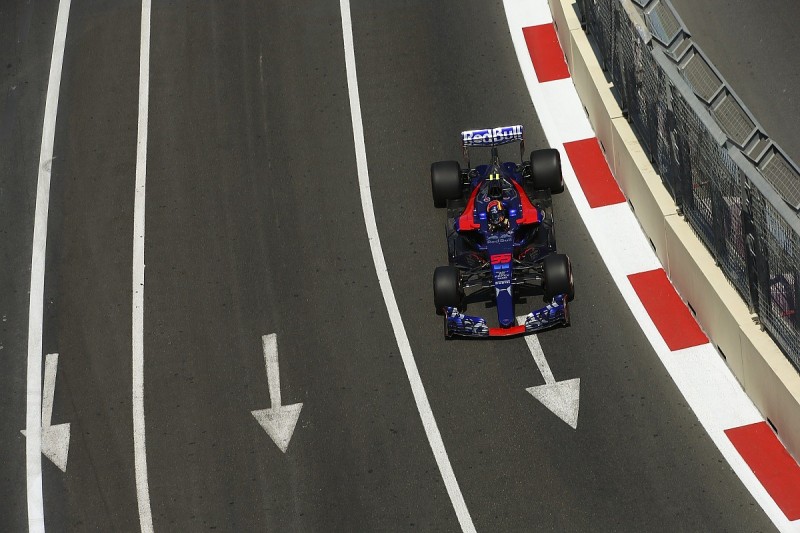 Sainz ended FP2 in Baku 13th fastest, 2.3s off the pace, while team-mate Daniil Kvyat fared better, finishing in the top 10 in both sessions.

Although Sainz expects a similarly disruptive FP3 and qualifying on Saturday, he said he was confident he would improve as the weekend went on.

"On the soft tyre it was really good," he said of his pace.

"We got some clean laps and we were constantly in the top 10.

"On the super-soft, I never did a clean lap again and didn't really improve on [the time set on] the soft.

"It was very frustrating with the yellow flags but I think everyone was frustrated out there today.

"I had a moment, 10 consecutive laps I had to avoid them.

"You can imagine inside the car it gets quite tricky."