Lewis Hamilton says his Mercedes Formula 1 team-mate Valtteri Bottas has earned the right to stay at the team for a second season.

Bottas joined the team ahead of the 2017 campaign on a one-year contract, and does not currently have a deal in place for next year.

The Finn said on Thursday that uncertainty over his next move was normal, but Hamilton said Bottas's early season form merited a contract extension.

"I think he's earned his right and his place within the Mercedes family for the long term," said Hamilton of his team-mate.

"Mercedes generally is the only team as far as I'm aware in motorsport that really embraces the individuals that they work with.

"And particularly as drivers, you become part of the family for the rest of your life.

"And he's earned the right and his place within that.

"He's doing a great job and he'll continue to grow.

"It's only his first year within this team and he's already won a grand prix, and got great points for the team.

"He'll go from strength to strength and continue to get stronger. He just needs the opportunity to be able to do so."

Hamilton said Bottas had made an important contribution to the atmosphere within the team since his arrival.

"Valtteri's energy is helping create a great harmony," he added.

"I think it is mostly the battle that we have with another team, but definitely every single piece of the puzzle needs to be in its place.

"I would definitely say this year as a team, when he's at the factory, he brings great energy, which everyone loves and appreciates.

"They love that they have two drivers that they truly believe in, and they know that, when they put there work in, that both of us are going to deliver.

"And I definitely think he's been a part of that." 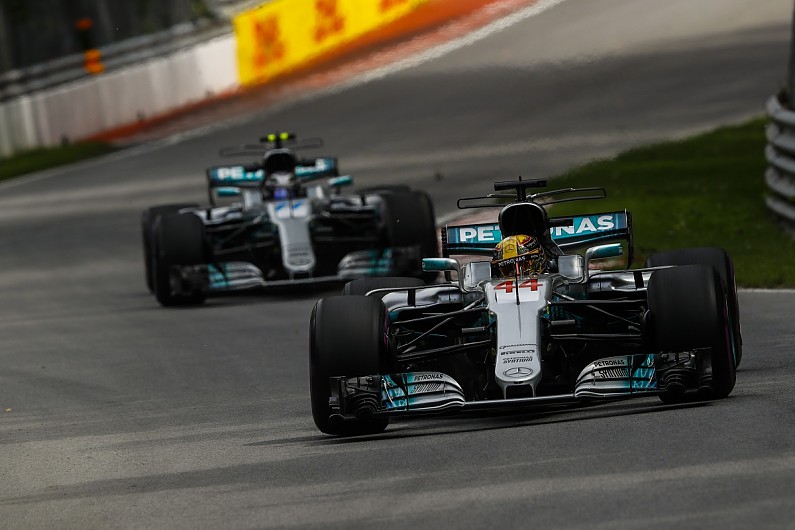