McLaren racing director Eric Boullier says his Formula 1 team has achieved a 95% success rate with aerodynamic development of its car so far in 2017.

McLaren has endured a difficult start to the F1 season, thanks mainly to poor reliability and below-par performance from its Honda engine, and has yet to score a point after six races.

But a significant upgrade ahead of May's Spanish Grand Prix, including a raft of new aerodynamic parts on the MCL32 plus tweaks to Honda's fuel and intake system worth 10bhp, allowed Fernando Alonso to qualify inside the top seven for the first time in 2017 at Barcelona.

McLaren introduced further updates for the last race in Monaco, where Stoffel Vandoorne and Alonso's stand-in Jenson Button ensured McLaren got both cars into Q3 for the first time this season.

The team failed to break its points duck in the race, as both drivers took grid penalties before the start and then crashed out, but Boullier said the aerodynamic performance of the car has validated McLaren's chosen development path.

"As the engineers would say, 'as per map' - [we're] very happy," Boullier told Autosport. "It's the step we wanted to achieve.

"The correlation is amazing. We have 95% of what we were expecting, so this is brilliant.

"Now we trust our process. It's not only aero, it's also chassis, suspension - everything is as per process.

"Every time we put a milestone somewhere we know what to expect.

"The natural tendency is a deviation, but we are happy we have achieved what we wanted to achieve through our new processes.

"We can trust the way we work now." 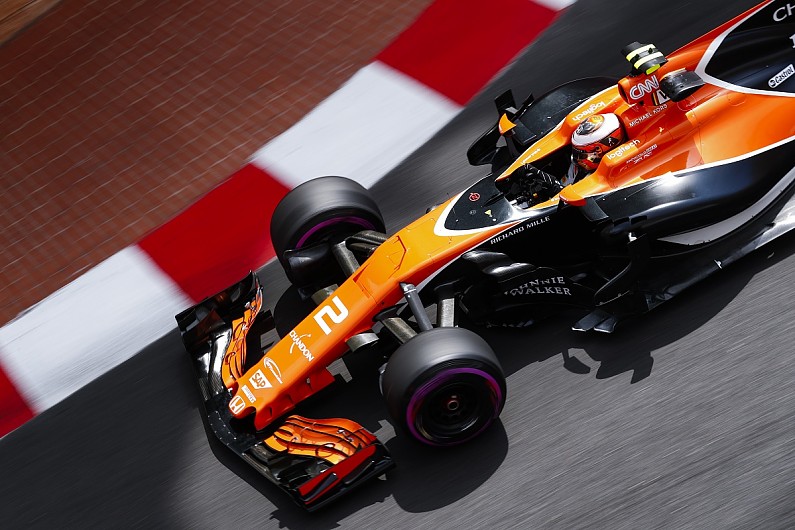 The two-stage upgrade that McLaren introduced in Spain and Monaco has lifted chassis performance to the point where the team believes it has a car capable of being clear of the midfield - if Honda can find more performance and reliability from the engine.

McLaren reckons the Toro Rosso STR12 creates too much drag to repeat its Monaco performance on conventional circuits, while Force India, Williams, Haas and Renault are all benefiting from significant extra engine performance.

Boullier says the current iteration of the MCL32 will give McLaren a reference against which to judge the rest of its 2017 aerodynamic development.

"We have set the reference up, so now we know what we have achieved," Boullier added.

"For us it was internal targets to see if our procedures, our process works - and it works, so we are now very confident in our capacity to achieve our next targets.

"The car will keep on developing but we are happy with the platform."