Daniel Ricciardo wants to make the Formula 1 title showdown between Lewis Hamilton and Nico Rosberg in Abu Dhabi "even more exciting" on Sunday.

The Australian and his Red Bull team-mate Max Verstappen will start the race on the harder super-soft tyre, while the other leading cars will be on ultra-softs based on the compounds each driver chose to set their fastest times with in Q2.

While Ricciardo then took third behind the Mercedes drivers in Q3, Verstappen made a mistake on both of his laps and will line-up sixth.

Explaining the reason for the different strategy, Ricciardo said: "We have got to try something.

"It seems to be a bit of a trend this year, if we're in a position to qualify on another tyre [in Q2] we try and see if it gives us an opportunity.

"Hopefully it puts us in the fight. There is a title on the line for these guys here, hopefully it's fun throughout the pack and we can do something to make it even more exciting than it already is.

"As predicted Mercedes pulled a bit more than us in qualifying but we'll see if the race comes back for us.

"That is why we wanted to try something different with the super-softs - it might give us a bit more range at the start [before first pitstops] and put us more in the race towards the end.

"Yesterday we were strong on long runs, it looks good, so it's going to be fun tomorrow." 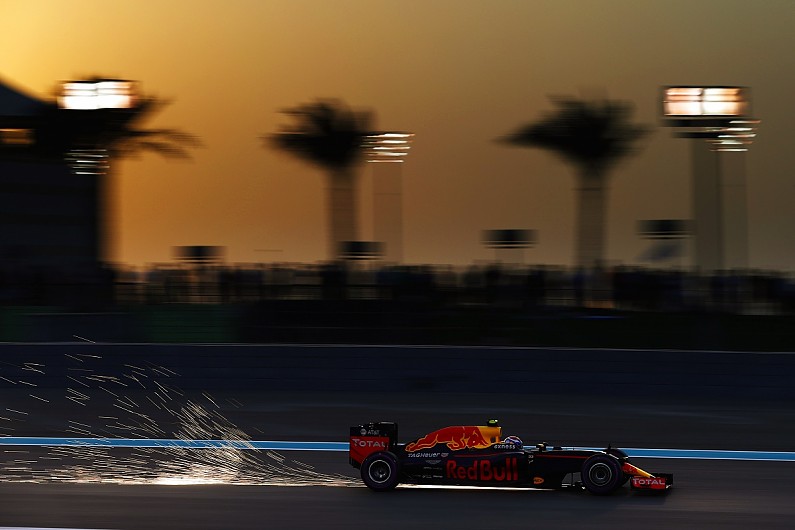 While Ricciardo is optimistic about his chances from the second row, Verstappen believes Mercedes will be too fast for anyone to interfere with Hamilton and Rosberg at the front.

"I don't think so, they are too quick," he said when asked about fighting Mercedes.

"We both felt pretty comfortable on the super-soft, so hopefully in the first stint I can go a bit longer together with Daniel and we'll see what happens."

Verstappen blamed his disappointing qualifying performance on struggling with Turn 11, at the end of the second backstraight.

"In my second run I was again two tenths up, and if I just do a decent Turn 11, another two tenths.

"But then I had a massive lock-up on the outside wheel, so I went even wider.

"I could have been easily P3, so that was a shame."