Toro Rosso has re-signed Daniil Kvyat for the 2017 Formula 1 season to race alongside Carlos Sainz Jr, the team has announced.

Kvyat's future has been the subject of intense speculation since he was demoted from Red Bull's top team to its junior squad, where he made his F1 debut in 2014.

However, despite suggestions GP2 title contender Pierre Gasly could be in line for a promotion at the Russian's expense, Kvyat's future has been secured for another season.

"I'd like to thank Red Bull, Dr [Helmut] Marko and all the team for their support and the faith they have shown in me since I returned to the team earlier this year," said Kvyat.

"I'm very happy to stay with a team that feels like home to me.

"I will always be fully dedicated, giving my 200% and I will be pushing as hard as I usually do."

Toro Rosso boss Franz Tost highlighted the importance of continuity ahead of the major rule changes for 2017.

"It makes a change to announce our driver line-up relatively early," said Tost. 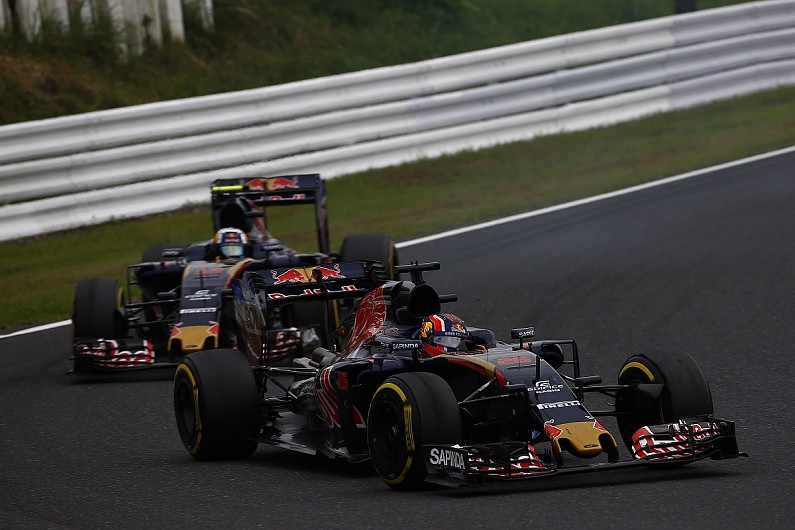 "There are so many new elements coming to Formula 1 in general and to our team specifically, in terms of the change of power unit supplier [switching from Ferrari to Renault], that having the same two drivers gives us stability and a benchmark to work from.

"In recent races, it has been clear that Daniil is back on top form.

"I always told him that his future with us was in his hands and he has stepped up to the mark and delivered the sort of performances that have ensured his 2017 seat.

"We now have a very talented and strong driver pairing to tackle a season in which we expect to be very competitive.

"For Carlos, it will be his third year with us, which speaks volumes when it comes to how highly we rate him."