Further details have emerged about the latest official Formula 1 game, F1 2016, ahead of its release next month.

Autosport recently got a chance to try the game in its latest guise and speak with the developers, giving a greater insight into what to expect.

This option was absent from F1 2015, and the returning version is far more developed than any of the previous attempts since 2010.

The most striking feature of the new career mode is a development race between the teams that spans all 10 seasons, meaning the competitive order is guaranteed to change over the course of a player's career. 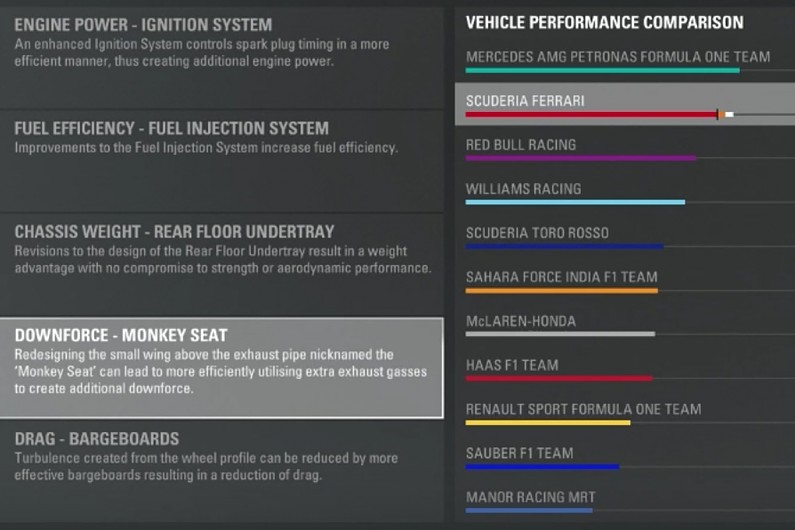 While the player has to earn development 'points' through race weekend performances, the computer-controlled (AI) teams also develop independently, and at different rates of progress. If you drag a small team towards the front of the field, don't be surprised if one of the big-hitters unleashes a major upgrade package to move back ahead.

The player has control of which areas of the car to focus on, meaning it is possible to sign for McLaren and focus on engine updates to move the team up the grid.

Extra development points can be earned through completing tasks in free practice, giving those sessions a relevance they have never had in a game before. You can start off with 'track familiarisation' before moving onto the realistic jobs of qualifying simulation work and long runs to judge tyre life.

The tyre life test also helps the game customise a much more detailed set of strategy options for the player, mapped out through graphs representing how the various tyre choices are likely to perform in a race. 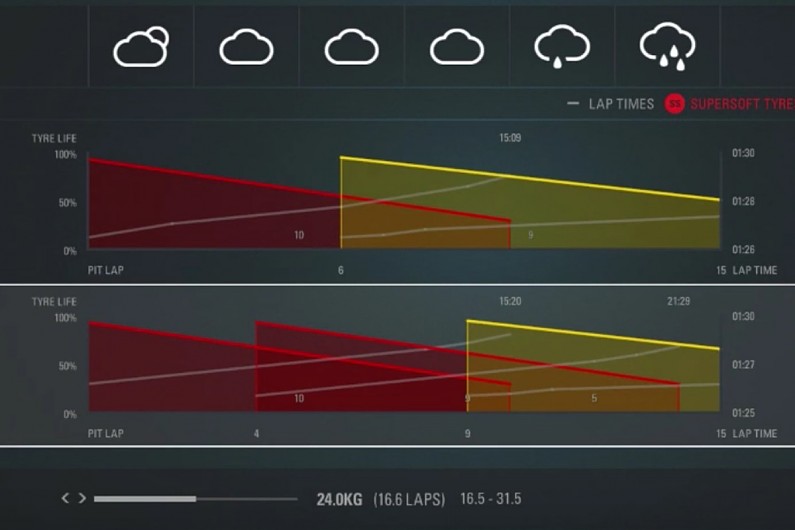 In another attempt to increase the realism, your engineer can suggest switching your strategy mid-race depending on how your grand prix is panning out. On the subject of tyres, the new-for-2016 system of choosing an allocation of compounds before an event does feature in the game.

As well as looking to move a team up the grid, or earn a contract with frontrunner (although you can start with any team you like), another new element to career mode is the ability to lose your drive if you underperform, with your agent then forced to find you a seat lower down the grid.

You also have a better chance of earning a drive with a team based on any affiliation your current employer may have with someone else on the grid, such as an engine supply deal.

Several noticeable features have been added that affect the way a race pans out, with the most popular request being to include the safety car.

The virtual safety car rule has also been included, and the player's car during these phases of the race is under full manual control. In the case of VSC, a live delta update lets you know if you are going too fast or too slow. 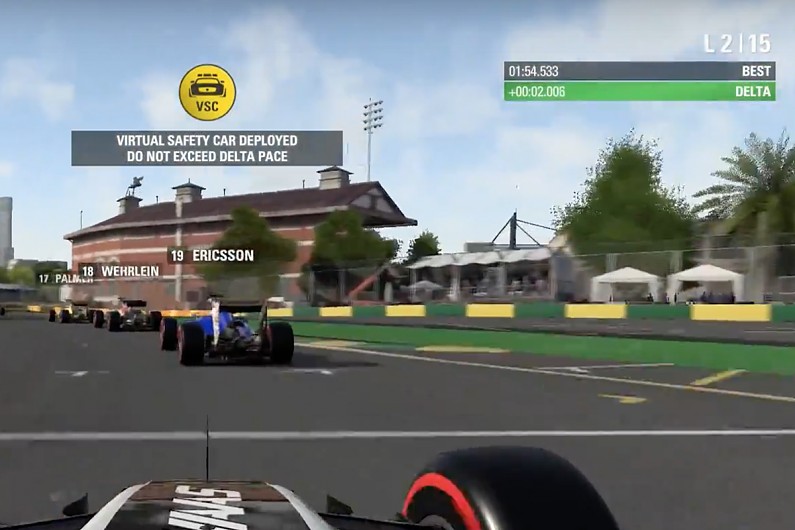 Incidents and retirements for other cars will be more visible in the past, and will include troubled cars limping back to the pits to give players a better idea of what has caused a safety car period.

The formation lap has been introduced - described by Codemasters as the feature "no-one saw coming", allowing a player to manage tyre and brake temperatures on their way to the grid. However, lining up in your grid slot is not manually controlled, with the computer taking over at the final corner of the lap.

The start system for players has been overhauled, giving the option to control the clutch and revs for a manual start. This system has also been applied to the AI cars, meaning the getaways of your rivals are more varied than before. 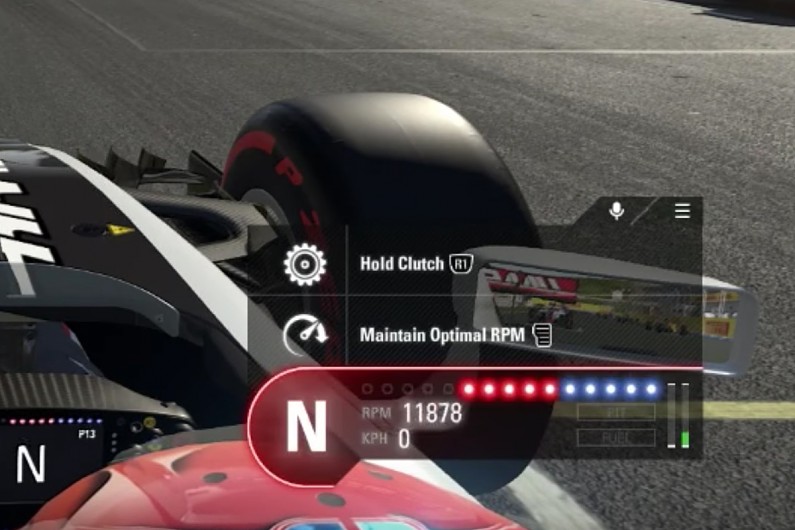 Other real-world features added to the game for 2016 include the ability to speed in the pits, the addition of the five-second time penalty, the introduction of wheel tethers in crashes and the use of pitboards.

The damage model has also been reworked, meaning if a player chooses to race with full damage settings, there are many more small pieces of debris that can fall off a car in a collision.

Live laptime 'delta' information is now available in the same way it is for real F1 drivers, so if you make a mistake early in a qualifying lap you don't need to wait for the next timing sector to know how much you've blown it - allowing players to abandon a lap immediately as is often seen in the real world.

Outside of career mode, players now have flexibility to choose the time of day to hold a race, with day races running any time from sunrise to sunset, and night races available from sunset to sunrise. 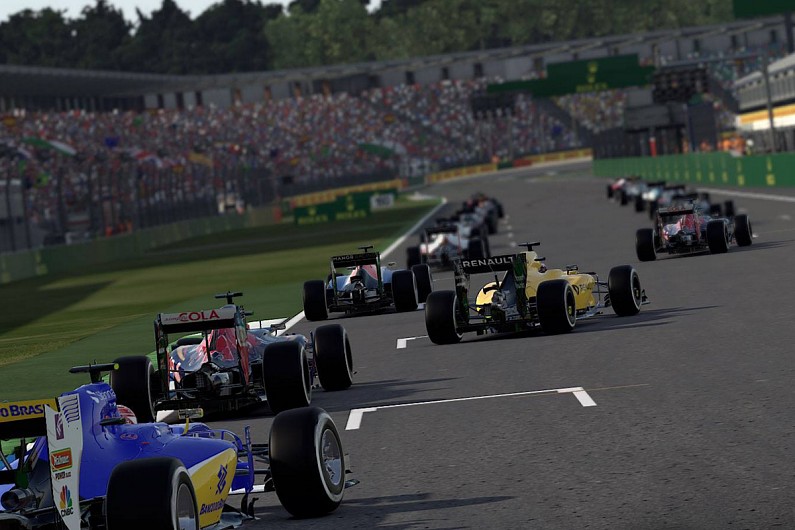 With F1 2015's focus being on a new game engine and heavily revised handling and AI behaviour, the changes in this area for F1 2016 are relatively small.

Codemasters has focused on refining an area of the series that was well-received last year - with the aggressive AI from 2015 being improved in battle. This makes your opponents harder to overtake, often contesting a couple of corners side-by-side when you try to pass, and they are now capable of more legitimate, and realistic, overtaking moves when attacking. 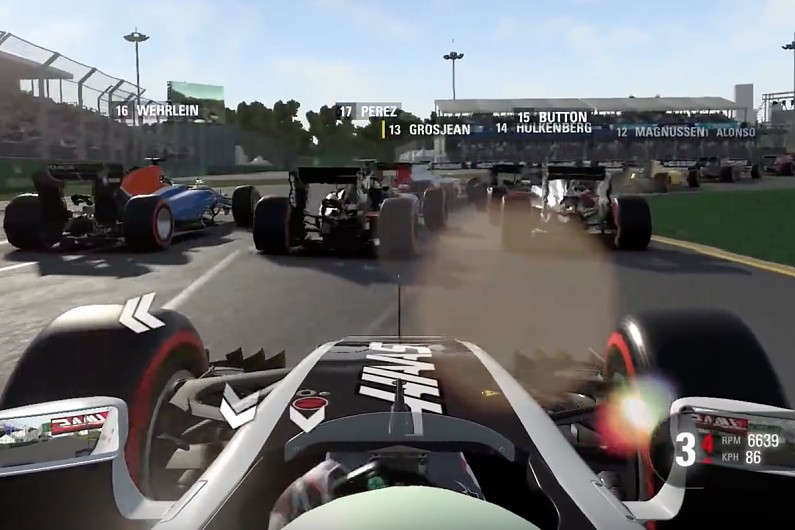 When you are trying to pass an AI car, look out for subtle touches such as your rival trying to break the tow down the straights if you get too close. And coupled with the manual starts feature mentioned earlier, the AI behaviour into Turn 1 of a race has been refined, making it much harder for a player to make up several places in the first braking zone.

One of the main aspects of handling that has changed for F1 2016 surrounds the wet-weather tyres, which have been given a major physics overhaul - predominantly based around tyre slip angle - to make driving in the rain feel significantly different to using slicks on a dry track.

Codemasters plans to have two "update windows" for the game post release, allowing it to refine team performance, update tyre allocations for late-season races, and potentially add any major car upgrades as it did in 2015 with the new nose designs on the McLaren and the Force India.

F1 teams have been given the details of these update windows, and they will have the opportunity to submit any updates if they wish. 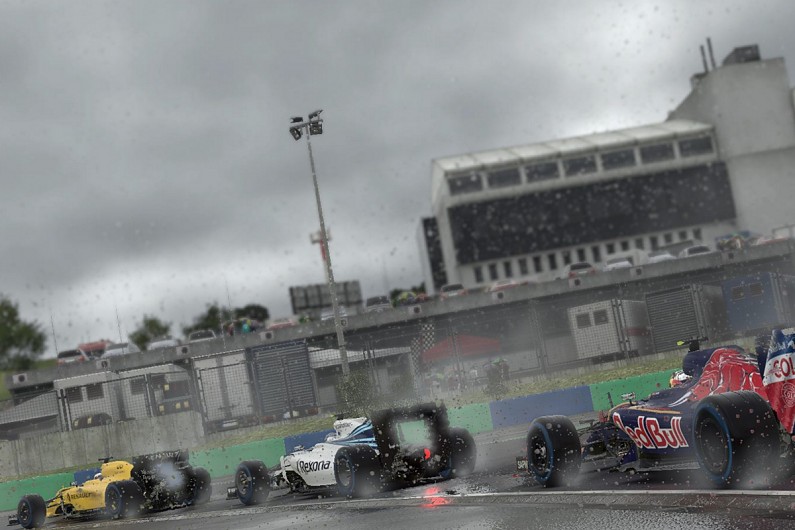