Romain Grosjean's performance has vindicated the Haas Formula 1 team's decision to sign him for his experience, rather recruiting a pay driver.

The Frenchman gave the team points on its F1 debut with sixth in Australia and followed that up with fifth in Bahrain.

That leaves Haas fifth in the constructors' championship on 18 points already, which will be crucial in terms of prizemoney at the end of the season.

Several of the smaller teams have chosen pay drivers to provide part of the finances required to stay afloat but Haas resisted that when it recruited Grosjean.

"I think he has paid for himself already," said team principal Gunther Steiner.

"We needed a known quantity.

"If we had someone else, a pay driver, maybe we would not be where we are.

"We would question ourselves, 'is the material good enough'? 'Is the car good enough?'

"That is what you want to achieve with getting a driver of his calibre."

Grosjean has been influential behind the scenes, working long hours to help get the team up to speed and was even in the garage late during testing, preparing his own race seat while mechanics worked on other things.

It is that commitment, as well as that of Esteban Gutierrez, that has proved so useful to Haas, according to Steiner.

"He has been important not in the last few races but across the board," he said.

"When he says the car is good or as good as what I had before, it gives you confidence.

"We look at him when we ask where are we? Esteban is doing a fantastic job as well. It's a very good combination." 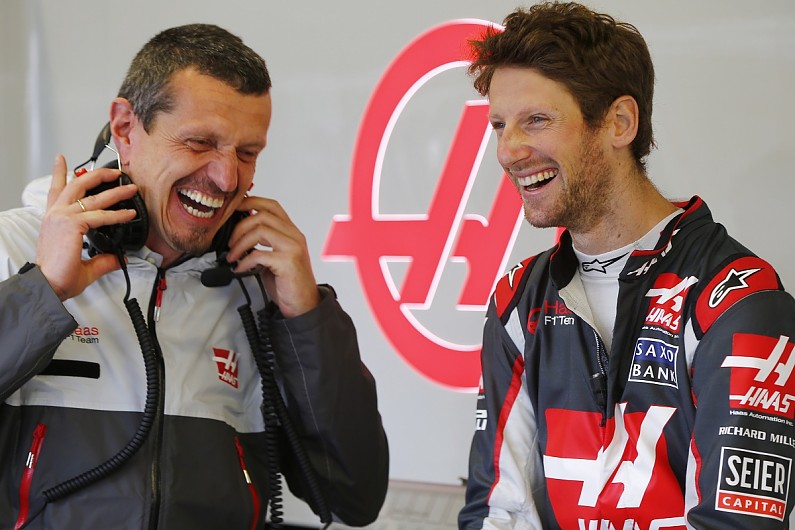