Mention the words 'tokens' and 'black and white boxes' to Formula 1 fans and to many a grey fog of bewilderment descends.

F1's controversial token system was introduced from the 2014 season as a way to police power unit development through to 2020, but it has emerged it is already on the way out.

It was intended to ensure manufacturers maintained a relatively tight rein on costs as unrestricted development could have resulted in a financial free-for-all.

In short, the power unit is broken down into 42 parts, with each of those allocated a token 'weight' from one to three depending on importance, and with the entire system comprising 66 tokens.

For example, should a team choose to develop the oil pressure pumps it would have to use one of its available tokens, whereas to improve combustion - defined as ports, piston crown, combustion chamber, valves geometry, timing, lift, injector nozzle, coils and spark plugs - requires three.

Prior to 2015, certain parts that amounted to five tokens were 'frozen', allowing scope for development of all the remaining parts, totalling 61 tokens.

Again, to avoid unlimited improvements, for 2015 the teams were allowed to use a maximum of 32 tokens, equating to 48 per cent of the power unit.

Over time the initial rules stipulated the number of tokens each season would decrease, so for 2019 and 2020 just three tokens would be available, or just five per cent of the PU open to development.

As each area became 'frozen', so it was blacked out, hence the reference to the black and white boxes.

The token system has always been a sore point for the manufacturers, particularly when it became clear to Ferrari and Renault in 2014 that Mercedes was in a dominant position.

The two won a heavyweight fight with Mercedes early last year after successfully arguing to the FIA there was a loophole in the regulations that would allow them to develop in-season for 2015 only, rather than homologating a final specification for a February deadline.

Then in October last year the four manufacturers - with Honda now on board - agreed to allow in-season development for this year too, and with no decrease in the number of tokens rather than the planned drop from 32 to 25.

Behind the scenes talks over the token system have continued, and now it is to be abolished from 2017.

"We have all agreed to do that because we all need the performance of the engine to converge.

"An F1 that is dictated by the performance of the engine is not good for anyone.

"To stop the public being confused between the penalty system, token system, we have decided to simply remove the token system."

How Honda would have loved to have returned to F1 last year without restrictions.

Given freedom to develop it is unlikely it would have encountered anywhere near the number of issues it did, and McLaren would have avoided racking up the penalties it acquired.

But as the newcomer its engine had to be homologated by the end of February, ensuring its hands were tied by the token system.

Any other manufacturer looking at F1 and thinking the new hybrid system was the way forward would have been severely deterred by what happened with Honda.

Now potential new entrants know they will not face the same difficulties as Honda as there will be scope to develop and quickly eradicate problems.

IS THIS THE RIGHT MOVE?

While engine performance could potentially converge, the opposite outcome is also possible and Mercedes could use its own freedom to develop to maintain its advantage.

At least Renault, Ferrari and Honda are being offered the freedom to play catch up, and they will no longer be able to cite the the token system's restrictions as a reason for failure.

And while the confusion is gone, the way is now paved for the manufacturers to spend at will on development at a time when cost cuts are meant to be made.

It is on the heads of those who lead the boards of the car-giant quartet, and at least their customers will not bear the costs of any extravagances.

That's thanks to the customer engine price limits introduced to stave off the 'independent engine' plan.

Still while the days of the unloved token system may be numbered, a potential arms race may be looming. 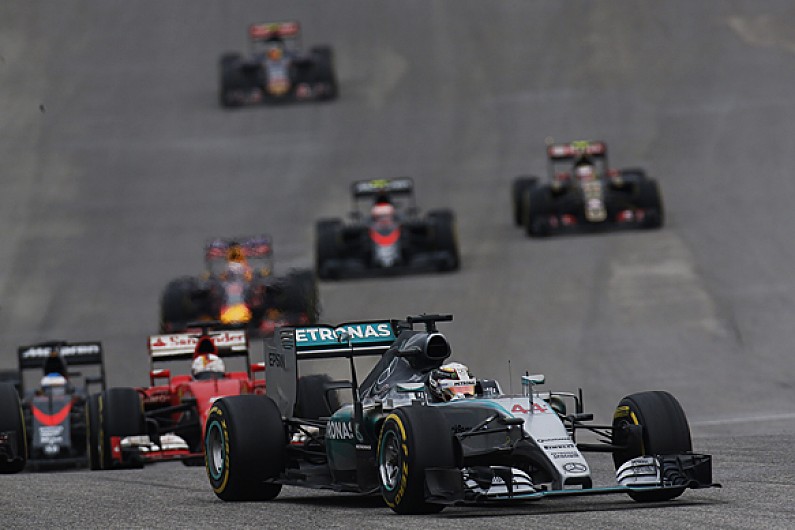