Manor sporting director Graeme Lowdon feels the forthcoming Formula 1 summer break has come at the right time for the team in the wake of Jules Bianchi's death.

Bianchi's funeral last week was followed by a sombre Hungarian Grand Prix weekend, highlighted by a minute's silence in the Frenchman's honour shortly prior to the race start.

The 20 F1 drivers formed a circle - that included the Bianchi family and Manor team principal John Booth - before putting their arms around one another.

With the race finally out of the way, and with Manor poised for its enforced two-week break from next Monday, Lowdon told AUTOSPORT: "It was such a difficult weekend.

"It's been a time to think. It's too easy to focus on what everybody has lost, so what we have really tried to do is just remember all of the fantastic moments we had with Jules.

"It was always a pleasure going racing with him. He had that twinkle in his eye and you knew when he got in the car he was going to push really, really hard.

"The factory shutdown has come at a good time to give everyone time with their families, and a little time to reflect and to remember the good times because it was a very, very difficult weekend."

Fittingly, and poignantly bearing in mind Bianchi was a Ferrari junior driver, it was one of Maranello's cars - with Sebastian Vettel at the wheel - that took the chequered flag in Hungary.

"There's hard work that goes on in every single team," added Lowdon.

"But Jules was helped an enormous amount by Ferrari, by the Ferrari Driver Academy, and we were as delighted as anyone when he was testing in the Ferrari car.

"It was a very emotional day for everyone, but seeing Ferrari take the win was a nice thing for so many people who have helped Jules' career."

Booth feels the Bianchi family's appearance at the circuit - flown in from Nice by F1 supremo Bernie Ecclestone - was especially significant.

"The build-up to the weekend was incredibly emotional, and I am so proud of the whole team for their tremendous courage and fortitude.

"It was both difficult and comforting for them to see Jules' family at the track.

"Difficult, because they too are a part of this team and we have shared so many happy occasions together.

"And comforting, because if they could find the strength to contend with the incredible outpouring of love and affection for Jules, then we certainly could." 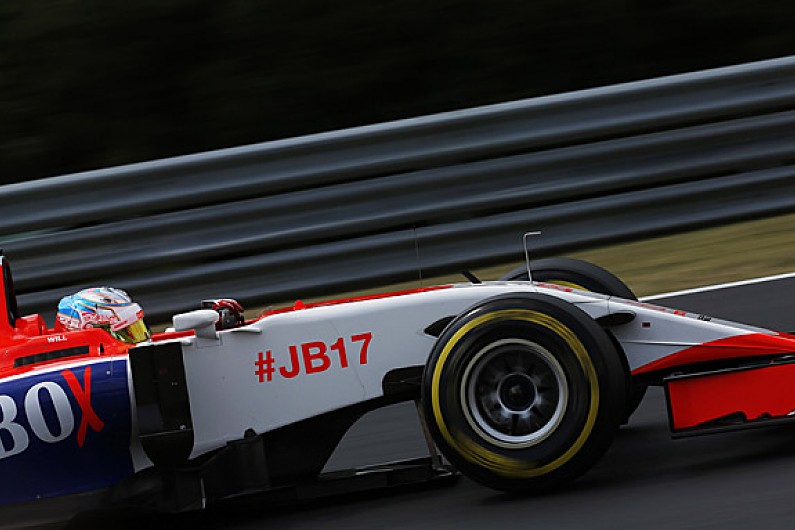