The bare statistics of Esteban Gutierrez's rookie season are unimpressive. One points finish, for seventh in the Japanese Grand Prix, compared to team-mate Nico Hulkenberg's points haul of 51 is clearly not good enough.

But there were some encouraging signs. The first half of the season was extremely difficult for Sauber. While Hulkenberg dragged the car to the odd lower-league points finish, Gutierrez was largely all at sea.

Save for a strong race drive to 11th from 19th on the grid in the fifth race of the season in Spain, setting fastest lap thanks to a quirk of tyre strategy, he struggled.

In the five races after the August break, from the Belgian GP onwards, things started to pick up. He was quick in both Belgium and Italy, but underachieved in qualifying and after putting the car into Q3 for the first time in Singapore, ahead of Hulkenberg, he struggled with tyre management in the race.

Another top 10 appearance followed in Korea, only for Gutierrez to lose places on the first lap through no fault of his own and lose chances of points.

At Suzuka, the reverse happened. An excellent first lap and then some robust racecraft netted that seventh place. It seemed like the breakthrough result.

While it didn't mark out Gutierrez as a potential star, it did at least prove he was worthy of his place in F1 and had laid the foundations to continue to improve himself.

But the final four races of the season were frustrating, with a series of poor qualifying performances costing him.

In Abu Dhabi, for example, he had the information required to ensure he crossed the line in time to start the lap that would have put him through to Q2 and was in no desperate rush, but contrived to hit the chequered flag, much to the team's puzzlement.

The qualifying failures in those late-season races compromised his Sundays and while Hulkenberg was always a top 10 threat, Gutierrez managed no better than 12th. 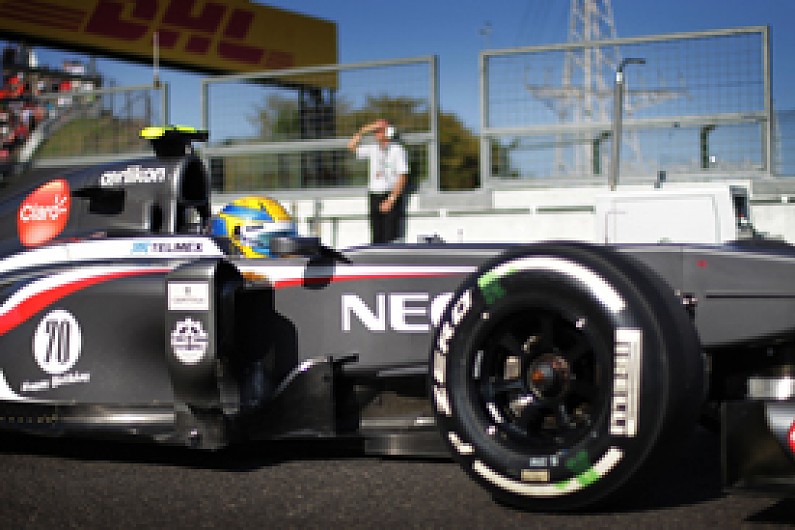 That rather spoiled the positive trajectory of the first half of the post-July season, but given it was his rookie year up against a topline team-mate in the no-testing era, allowances not only can be made, but must be made.

Gutierrez's return for a second season with Sauber is a reprieve. The team was keen to field Pastor Maldonado and Sergio Perez, who ended up at Lotus and Force India respectively, and Gutierrez was the best remaining choice considering the chunky commercial package he could bring. But there are plenty of reasons to expect more tangible results in 2014.

An intelligent, diligent worker behind the scenes, he is respected in the team. And he has shown he can be quick, both in dry and, in particular, wet conditions. Watch him at the wheel and there is no doubt that this is a driver with excellent car control and no lack of confidence.

The key will be delivering consistently in qualifying. If Gutierrez can do that, he will put himself in the position to score more regularly.

It's a positive to see him back on the grid for 2014. There is still more to come from the Mexican, but the expectations will rightly be much higher for his second season.