Ferrari boss Stefano Domenicali has admitted the squad was interested in signing Robert Kubica, but now doubts the Pole will ever be fit enough to race in Formula 1 again.

Kubica was viewed as one of the best grand prix drivers prior to him suffering serious injuries in a rallying accident at the start of 2011.

Although he has recovered enough to compete in the World Rally Championship and drive Mercedes' F1 simulator, it is unlikely that he will get enough movement back in his wrist to be able to compete in single seaters.

Speaking in a revealing interview on the Ferrari website, Domenicali confirmed that Kubica was once being lined up as a potential team-mate to Fernando Alonso.

"Yes, we were keeping an eye on him," said Domenicali. "Unfortunately, I don't think he will be back, because with his physical problem, he would struggle in certain limited situations which require reactivity. It's a shame."

In the interview, which was conducted by fans who had been critical of the team and were invited to Maranello, Domenicali also addressed the issues of Alonso's recent criticism of the team that earned a rebuke from Ferrari president Luca di Montezemolo.

Domenicali, who was asked why he did not also dress down Alonso in public, said: "If I have something to say to him, as would be the case with my engineers, I would do it behind closed doors and in a harsh manner.

"But externally, I will always defend the team. When he crossed the line, president Montezemolo intervened and in private. So did I." 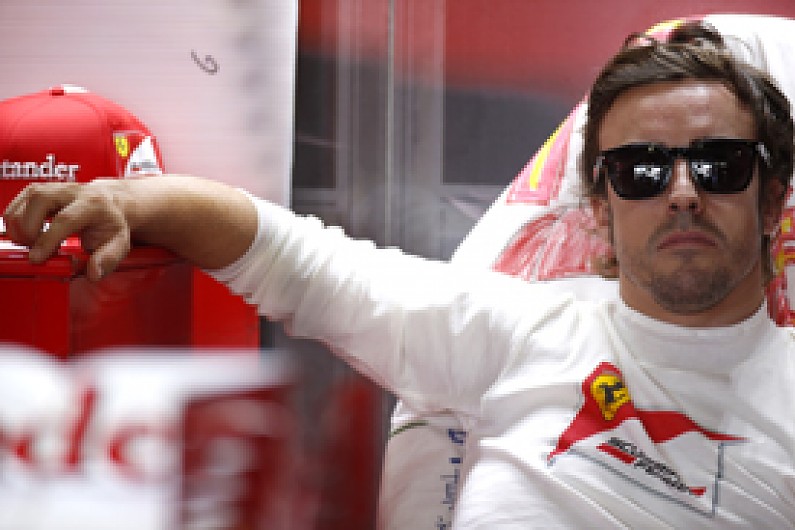 Alonso: act of war or art of war?

Domenicali also defended Ferrari's use of team orders, even though it has led to difficult situations like at Austin last year where Felipe Massa was given a deliberate gearbox penalty to help Alonso move up the grid.

"The interests of Ferrari come above all else," he said.

"If we had lost the championship by the number of points we'd have lost there, the evaluation of what we did would have been different.

"Unlike the others, we speak openly about what we are doing."