The Red Bull driver picked up a puncture from debris when the right-front tyre on Sergio Perez's McLaren failed in front of him.

"That is how it is. The drivers aren't super important - it is what other people want," said Webber after retiring from the race.

"The tyres are wearing a lot and they also explode a bit - but that is for Pirelli to sort out."

Drivers complained over the weekend that the super-soft tyres taken to Korea were wearing out too quickly around the Yeongam track.

The safety car had to be deployed during the race after Perez's tyre explosion.

Webber said there was no excuse for such issues.

"Pirelli will put the puncture of Perez down to a lock-up but the reason the drivers are locking up is because there's no tread left," said Webber.

Ferrari's Fernando Alonso, who was also critical of the tyres on Saturday, was involved in a war of words with Pirelli boss Paul Hembery, who suggested the Spaniard should seek advice from Sebastian Vettel on how to make the tyres work.

"I can only suggest he goes to ask the soon-to-be four-times champion how to get the best from the same tyres," Hembery said on Saturday.

Before the race, however, Hembery apologised to Alonso for his comments. 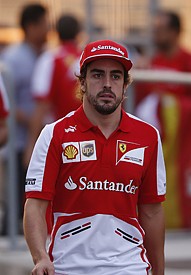 The Ferrari driver admitted it was up to his team to get the best out of the tyres, but he insisted there are no doubts that the rubber is on the limit.

"There is no controversy. We speak with facts and they [Pirelli] just use words. Everybody can see that," said Alonso after the race.

"These are tyres that won't last a lap, but as we said yesterday, we have zero problems with the performance.

"It's us who haven't adapted to these 2012 tyres. It's up to us Ferrari, or the drivers, to improve.

"But the tyre marbles are there, and when it rains they have to stop the races, and then Perez has a blowout...

"So we know the tyres are on the limit in terms of quality.

"Hembery had not heard this and he made a mistake, and he came to apologise, so we are thankful for that.

"It seemed weird that given the season Pirelli is having they decide to speak out. But he apologised and it's all good."