Fernando Alonso has not won a race since May and is now 60 points behind championship leader Sebastian Vettel, who has won four times in the last five grands prix with his Red Bull.

Alonso said earlier this month that the introduction of a different tyres mid-season had derailed Ferrari's championship challenge.

"We won in China, and we won in Spain, and then we seemed to lose a bit of performance, especially when the 2012 Pirelli tyres came back," Alonso said.

Tombazis believes, however, that it would too simplistic to say the tyres have been the sole reason why Ferrari has been unable to match Red Bull's form.

"It would be somewhat superficial to blame the tyres as the only reason for our decrease in performance. We also took some development steps that were not as strong and didn't work," said Tombazis.

"Windtunnel technology has been a weak point for us, compared to our competitors. We had some problems with our flow quality so it was not as uniform as it should be and we could not run as big a model as we would have liked. 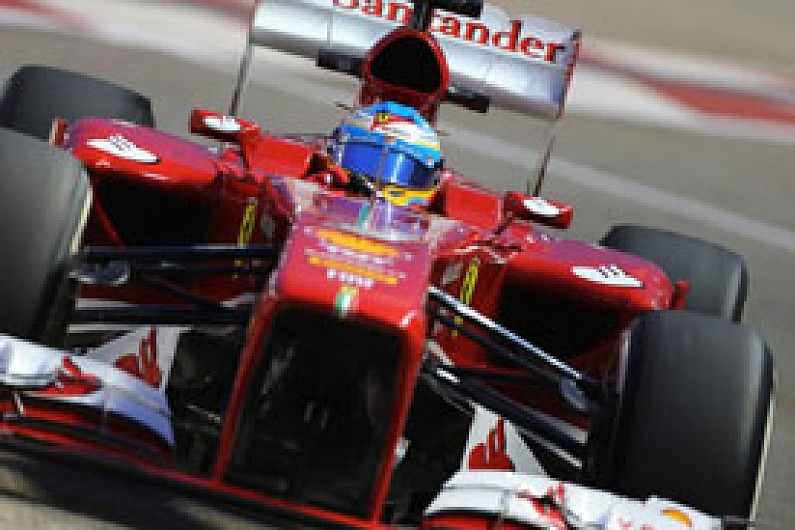 "Our data and instrumentation was quite outdated so we couldn't do that many runs and experiments per day, which was a bit of a drawback."

Ferrari has been updating its windtunnel for several months and is now ready to re-open it later this month, something Tombazis believes will offer a big boost to the team.

"The past months we spent updating it have addressed all these problems. Therefore I am optimistic that, on this front, when we are fully up and running we will not be in deficit to our competitors," he said.