Felipe Massa has warned Ferrari that the Fernando Alonso-Kimi Raikkonen partnership will result in a clash that the Maranello squad will struggle to deal with.

Lotus driver Raikkonen will join Alonso at the Italian squad in 2014 after securing a two-year deal that means Massa will leave Ferrari after eight seasons with the team.

It will be the first time Ferrari has two world champions in its line-up since 1953.

"I know both Fernando and Kimi on and off the track and I rate them as excellent drivers, but I'm afraid they will collide when sharing the team," said Massa in an interview with Brazilian F1 broadcaster Galvao Bueno on TV Globo.

"I told the bosses to breathe as much as possible while they still can because it will be hard for them to breathe next season."

Massa was Raikkonen's team-mate from 2007 to 2009, and has partnered Alonso at Ferrari for the past four seasons.

The Brazilian says he has enjoyed his time with the Spaniard.

"I'm sure Fernando likes me, he has to," he said. "We have a nice relationship, I'm sure he sees me as a personal friend as I see him.

"Kimi and myself are also good friends, much more than when we were team-mates." 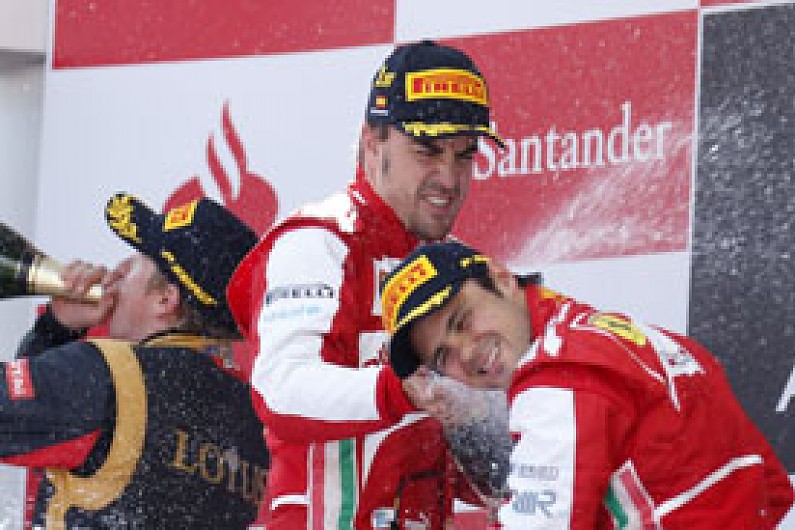 Massa, however, made it clear that he will not play a supporting role to Alonso this year now he does not have a contract with the team.

"I will not race for Alonso from now on," he said.

"Right from Friday at Singapore I'll be working for myself.

"I will attack all the time, every lap. It's come the time to look after myself."