While Lotus has focused on trying to keep hold of Kimi Raikkonen, inevitably team principal Eric Boullier has had to work on contingency plans to ensure it has the best line-up for 2014 if the '07 Formula 1 world champion leaves.

Sauber driver Nico Hulkenberg has been on the team's radar for some time and is believed to be at the top of the shortlist, provided commercial considerations do not influence driver choice.

This is not simply a knee-jerk reaction to his fifth place at Monza. Hulkenberg has been the most eye-catching performer in the midfield for several years.

While the 26-year-old has struggled with Sauber this year given poor machinery, his performances have been consistently good, building on impressive campaigns with Force India last year and Williams in 2010.

During both seasons, he built momentum dramatically in the second half of the year, but that progress has been interrupted by regular team changes.

Lotus team principal Eric Boullier has confirmed Hulkenberg is on the team's shortlist, but expects there to be competition from rival teams.

"He had a good weekend and we know Nico is quite a good driver and fast," said Boullier after the Italian Grand Prix.

"I have known him for a long time, since he was in Formula BMW.

"Nico is also on the shortlist of Ferrari, from what I understand.

"So we all have plans, if the first one is removed, there will be a b-plan."

Hulkenberg's qualities are abundantly clear to anyone paying attention to the F1 midfield.

In the first part of the year, the Sauber was a very difficult car to drive, lacking in rear-end grip yet he was able to drag it into Q3 and even have a brief cameo in the lead in China thanks to starting on the harder tyre compound.

The Sauber has faded in and out of contention for the top 10, something that some interpret as inconsistency. In reality, it reflects how tight the gaps are in the midfield.

For example, at a circuit that tests the aerodynamic performance of a car more than any other, Barcelona, Hulkenberg was delighted with a qualifying lap that left him 15th on the grid. 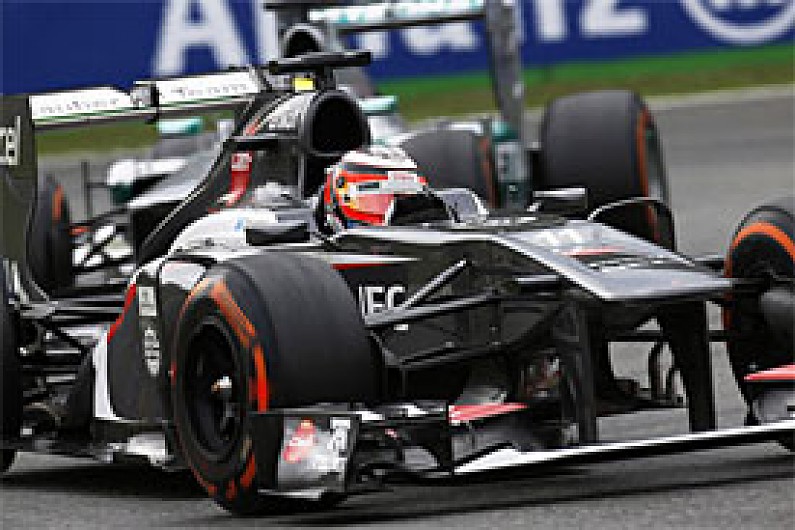 But it would only have taken a four-tenth of a second improvement in the Sauber to put him in the top 10.

Such swings do regularly happen depending on circuit characteristics helping and hindering other cars, which makes it more difficult to judge mid-pack driver performance based on results alone.

MASSA, MALDONADO IN THE MIX

There are other potential candidates. Should Lotus want a more experienced driver, Felipe Massa would be considered, especially because of his commercial appeal in South America.

Pastor Maldonado has also been linked with the team, but that would be dependent on a commercial package.

Should Raikkonen leave and Hulkenberg replace him, Romain Grosjean would most likely stay in the second seat in order for the team to have some continuity.

"[Continuity] would be ideal," said Boullier. "It [Raikkonen leaving] would help Romain to secure next year's seat with us. That's logical."