Force India will give GP2 racer James Calado a test at Silverstone this week, ahead of possible Formula 1 free practice outings later in the season.

The Briton, who has already carried out straightline test duties for the team and currently sits fifth in the GP2 standings, will share the test with Force India's two race drivers Paul di Resta and Adrian Sutil.

AUTOSPORT understands that Force India - which has run third drivers on grand prix weekends for the past three seasons - is looking for a new reserve following Jules Bianchi landing a race deal at Marussia for this season.

Force India team boss Vijay Mallya confirmed that the test was to evaluate the Racing Steps Foundation-backed driver, and to give di Resta and Sutil mileage on the new Pirelli tyres.

"We are pleased to give James the opportunity to test with us at Silverstone," Mallya said.

"As a graduate of the Racing Steps Foundation, his talent and determination have brought him to our attention and this is the ideal occasion to evaluate him further.

"The priority this week is to give the team a better understanding of the new Pirelli tyres due to be introduced next week in Budapest."

Force India said the driving schedule will be confirmed each morning ahead of the start of the test.

There is no such thing as a guaranteed route to a Formula 1 race seat these days, but James Calado should take encouragement from the history books about how much of a help a potential Friday role at Force India can be. 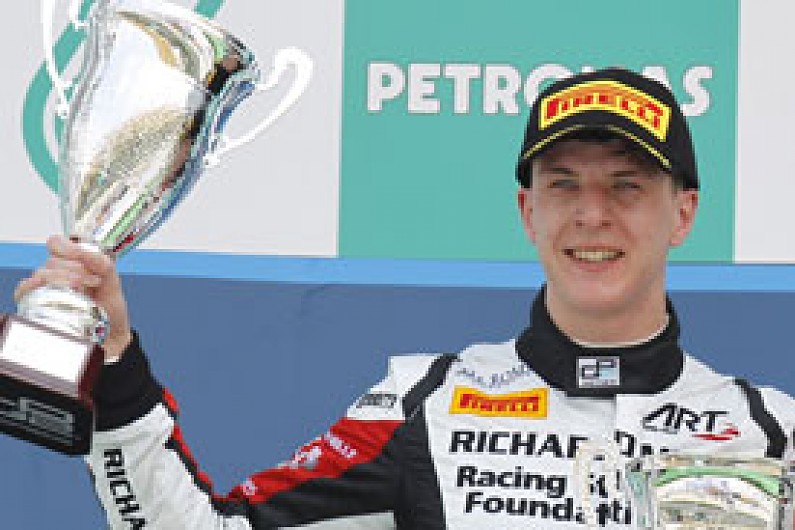 Getting a fair crack at F1 seat time is very hard to come by in the modern age, and that is why a Force India role is so valuable if he can land one.

Of the current grid, Paul di Resta, Nico Hulkenberg and Jules Bianchi have all made the step up to F1 race seats after a season of Friday testing duties for Force India.

The statistics show the value of the mileage available to Force India's Friday tester:

While those distances are no match for actually being out there and racing - last year's highest mileage driver was Daniel Ricciardo with 9,205 miles of race weekend running - it does at least provide proper experience at grand prix venues in front of the F1 paddock.

The fact that Force India has been so pro-active in giving its Friday men a decent chance to learn shows just what a golden opportunity Calado has.

Silverstone test line-up as announced by teams so far:

* The driving schedule will be confirmed each morning