Pirelli's move to more aggressive rubber compounds for this year has put a higher premium on tyre management, with most teams accepting that getting on top of degradation is now the key to success.

While that change of focus has meant a different challenge for teams, Michael thinks it is also putting a premium on driver experience - as was proven at the Chinese GP, which delivered the most extreme degradation of the season so far.

"If you look at China, the top five places were filled by five world champions - and that is not an accident," said Michael.

"It means right now it is a thinking man's game.

"The top ten guys are all very fast in terms of talent, but what separates them is their experience and ability to cope with different situations.

"The type of racing you have had for the past 20 years in F1 has been sprint racing, being flat out on tyres, even with pit stops and things like that.

"Whereas before refuelling, before I was involved in F1, it was similar to now, as you were trying to get through the race on one stop, or no stops, as you were managing tyres."

Michael thinks that experience is such a benefit because those who have done more races can draw on past occasions when they have got their tyre management wrong.

"What happens when they have that experience and the race starts unravelling like that, they change everything they do in the cockpit," he said.

"They are drawing on 10-15 years of experience of where it has all gone wrong before. Because he [the driver] has done it wrong as well and he knows if he does these things now it is better. He is playing a numbers game now."

Although the stance suggests that relatively inexperienced drivers like McLaren's Sergio Perez may face difficulties, Michael actually believes that as long as a team has one seasoned man on board, the new boys can develop quickly.

"When you have situations like you have now in F1, with high degradation, it becomes a much harder task for the young guys to adapt," he said. 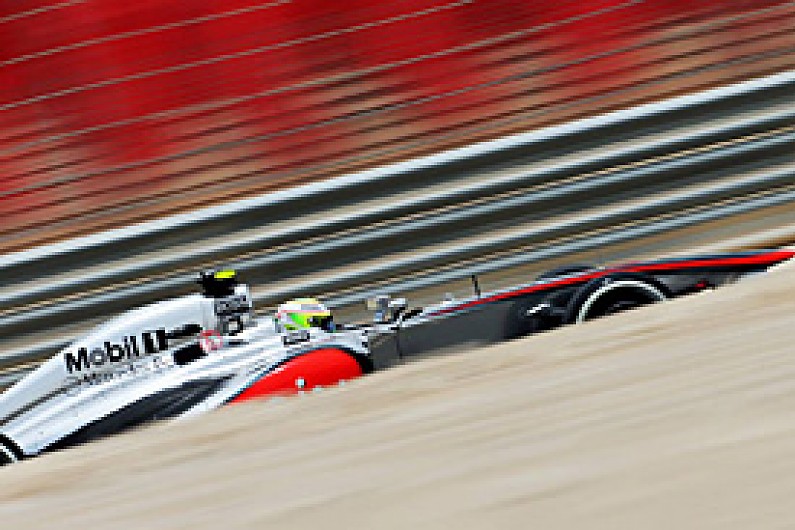 "The nice thing for Checo is that his team-mate is a world champion and he does know how to manage the race - so he is learning a lot from him.

"At least he has a guy next to him he can follow.

"There are a lot of teams on the grid now who have two young blokes or guys in the middle of their career who are faced with an extremely difficult environment now."

CHINA SHOWS HOW THE EXPERIENCE STACKS UP

Sam Michael singles out the Chinese Grand Prix as a race that highlights the increased importance of experience in Formula 1 nowadays.

The high degradation experienced there, with the soft compound being effectively nothing more than 'qualifying' rubber, meant drivers had to race wisely to ensure they kept their tyres in the right shape for the best strategy.

The race ended with the five world champions on the grid taking the top five places on the road, and there appears to be a strong correlation between races started and the final result.

* This week's AUTOSPORT magazine, available digitally and in shops on Thursday, features further in-depth analysis of whether the 2013 Pirelli spec is a good or bad thing for Formula 1