Pirelli says it will wait until after the Bahrain Grand Prix before reviewing whether its 2013 Formula 1 tyres are forcing drivers to be too conservative.

F1's tyre supplier has been committed to delivering exciting racing and strategic intrigue since it took over from Bridgestone for 2011, and has ramped up its efforts again this year.

Both Red Bull and Mercedes cited the need to conserve the fragile tyres as the key factor in their team orders at the end of the Malaysian Grand Prix.

That led to suggestions that Pirelli's high-degradation tyres were stifling the action rather than improving it.

Has Pirelli gone too far this year?

Asked for his view on this, Pirelli motorsport chief Paul Hembery suggested the team issues skewed the picture, but said he was open to reviewing the rubber if low-key race finales became a pattern.

"I think we have to be happy," he said. "The two leading teams clearly had issues between the drivers, that maybe took away from what would have been an interesting finale.

"As for wheel to wheel stuff... it is something we will have to review after four races. It is still very early days."

Hembery still believes that the majority of the paddock is happy and Red Bull's criticisms are an exception. 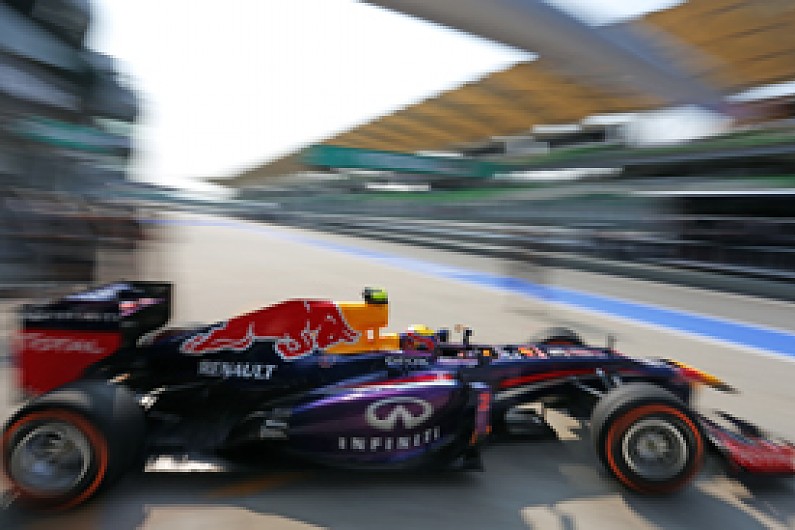 "If the whole paddock is saying something then that is a bit different," he said.

"You have to do something and make a change and do something different, but if it is isolated and you work out why their concerns are coming forth, because it is not what they say on the surface it is something deeper than that, and you try and work it out.

"We think we know what it was and what it is, but if you go away and do things for one team you will have the whole paddock in uproar."