The 20-year-old Belgian will compete for Fortec Motorsports this year after winning the 2012 Formula Renault Eurocup.

"I'm absolutely delighted to have been selected to be part of the McLaren Young Driver Programme," Vandoorne said.

"McLaren is one of the greatest names in global motorsport, and to be a part of the McLaren Young Driver Programme is an honour and a privilege.

"I fully intend to do my very best to maximise this opportunity in terms of both learning and results for years to come."

"He's an able and ambitious young driver, and we have high hopes for him."

After a season as near-flawless as Stoffel Vandoorne's 2012 Formula Renault Eurocup season, it was only a matter of time before somebody picked him up. 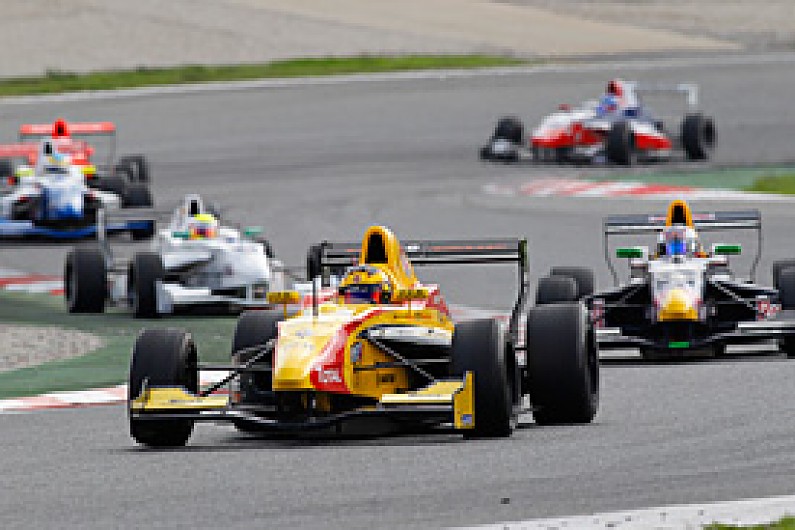 The Belgian and his title rival Daniil Kvyat finished the season more than 100 points clear (the series uses the current F1 system with 25 points for a win) of their nearest challenger. It was a dominant season from both, but in the end Vandoorne's consistency made the difference.

It was a level of consistency that is rarely seen at this early stage of a driver's career, and that will certainly have played a part in McLaren's decision. Vandoorne finished 13 of the 14 races last season, and only twice was he off the podium. His lowest finish? Fourth.

The fact that Russian Kvyat, who led the standings early on and took the title battle to a final round decider, is already part of Red Bull's junior line-up, shows how highly regarded the competition was in FR2.0 last year.

McLaren will take some satisfaction from snapping up a youngster who has already got a taste for what its like to defeat Red Bull.