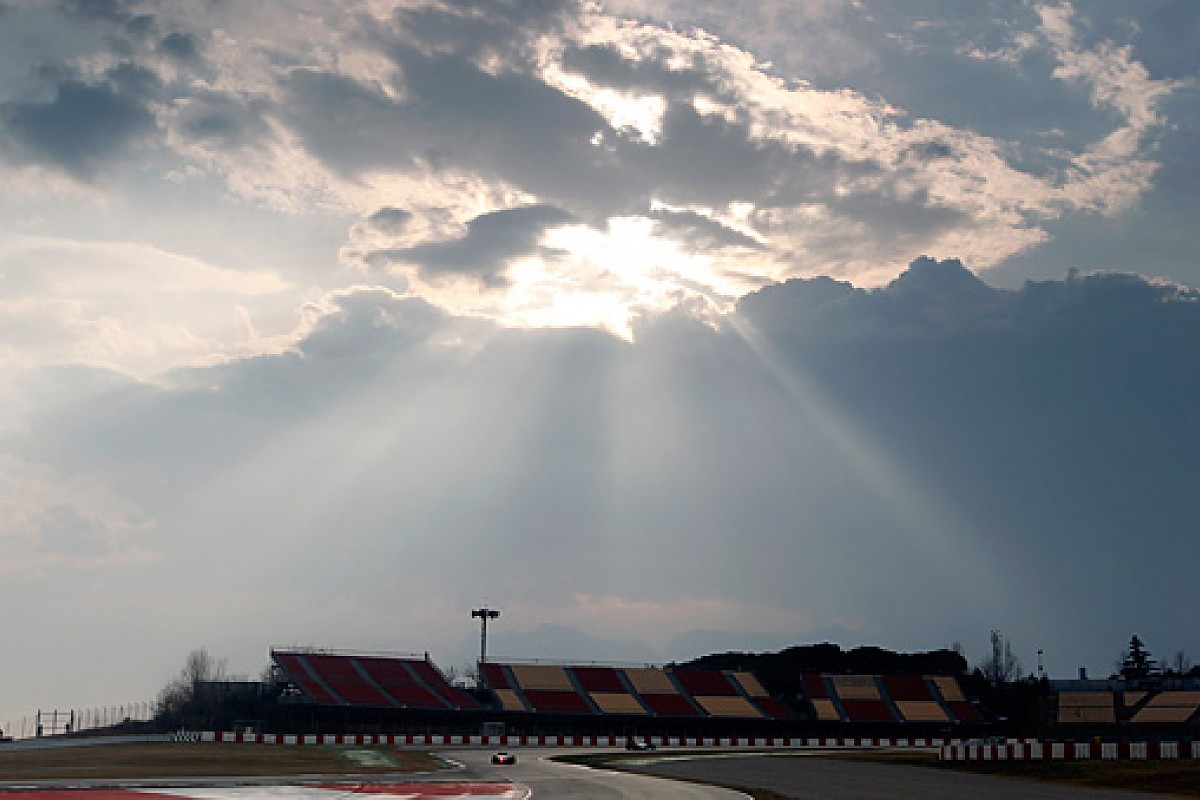 In a year where Formula 1 is delivering more surprises than many can remember, the Spanish Grand Prix gave us perhaps one of the most dramatic weekends for years.

The on-track sensation of Pastor Maldonado taking his maiden victory (the first for his team since 2004) was just the tip of the iceberg, for we also had the drama of Lewis Hamilton being moved from the front to the back of the grid after qualifying, and then an inferno in the Williams garage post-race.

And while fans may have split opinions on whether the impact of tyres in 2012 is good or bad for F1, there's no denying it's making things unpredictable.

So with some glorious weather as a backdrop, the return of the motor homes, and those now infamous Sauber Tequila evenings, F1 loved finally moving on from the politics that had marred the Bahrain GP three weeks ago to get talking about the thing that drives everyone in the paddock out of bed in the morning: racing.

Frank Williams might have thought he had seen it all during his long career in F1, but even he may have to concede after the Barcelona weekend that the 2012 Spanish GP is going to be an event that stands out as being unlike many others he can remember.

He had arrived at his first race of the season unaware that some 'high treason' was going on behind his back. Team members were secretly organising a surprise party in the paddock after he reached a milestone 70th birthday on the day after the Chinese Grand Prix.

For a man who does not particularly like being the centre of attention, it was clear that Frank would probably have scuppered the idea if he had found out beforehand.

As the weekend got going, there were the first hints that something special was going to take place - behind Williams in the garage were big 'FW70' signs, which were obviously rather early for the team's 2048 car.

But on Saturday, the whole paddock descended for Williams' birthday bash, including past and present drivers, Bernie Ecclestone, fellow team principals and even those who had never driven any of his cars, including Lewis Hamilton and Sebastian Vettel.

As paddock figures paid their tributes to this remarkable man, events up in the stewards room meant that the team was poised to secure its first pole position since 2010, which laid the foundations for the brilliant Maldonado victory.

Yet Williams' dramas were not over once the chequered flag fell, for what is suspected to have been an electrical fault triggered a fuel fire in the back of the team's garage on Sunday evening.

As mechanics from every other team joined the efforts to put the blaze out and stop events turning into a major disaster, Sir Frank was wheeled away down the paddock, proving far from flustered at the chaos around him.

The F1 paddock will always remember coming together for Williams at the 2012 Spanish Grand Prix - both for the joy of the birthday party on Saturday and to lend a helping hand just 24 hours later. 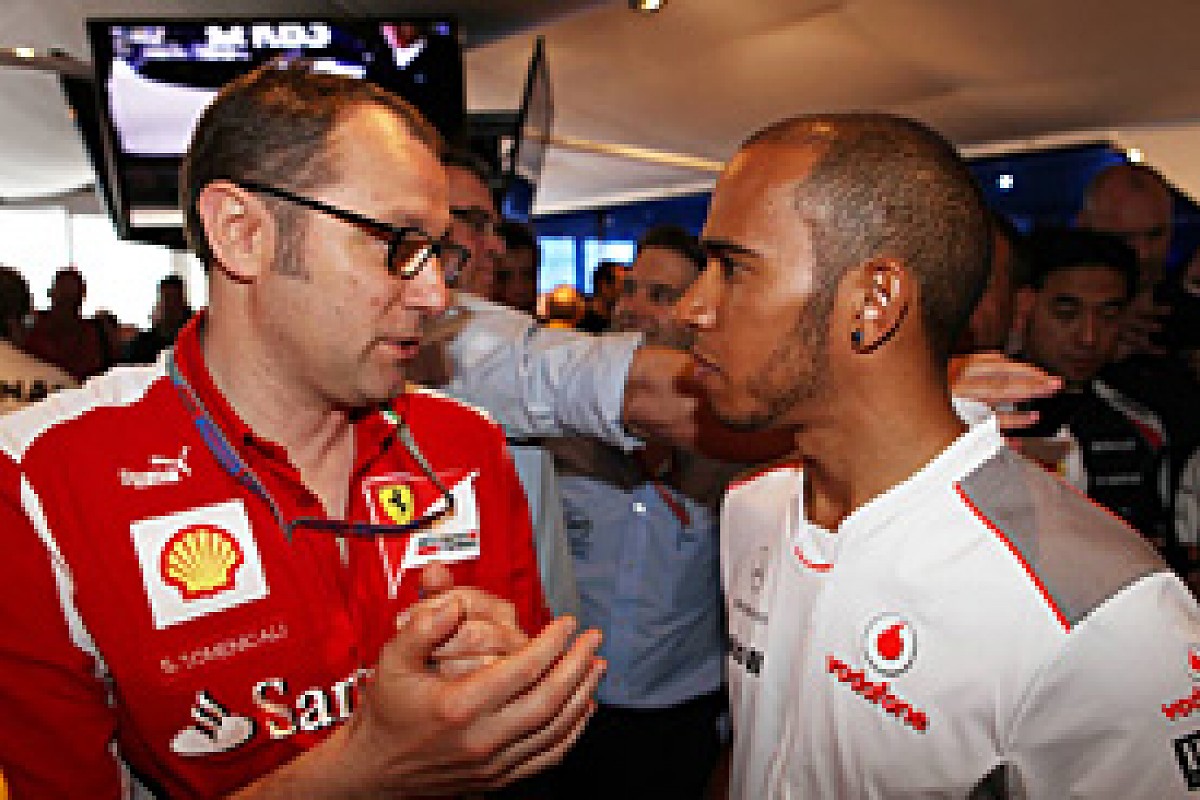 Frank Williams was not the only man celebrating his birthday in the paddock over the Spanish GP weekend, for there were some surprise events elsewhere.

At Sauber, as the team marked its partnership with Chelsea Football Club with a showing off of the FA Cup on Thursday afternoon, CEO Monisha Kaltenborn was given a special Swiss apple strudel to mark her birthday.

A day later it was Stefano Domenicali's turn to be caught on the hop, as he appeared at an event for Ferrari sponsor Santander in the evening.

The entertainment was provided by a local magician, who left even conjuring fan Fernando Alonso bamboozled at how he was able to repair broken string or 'magic' eggs in his hand - and yes they were 'raw', just in case Michael Schumacher turned up...

Once the fun was over, Alonso and Felipe Massa got the whole room to join in on a rendition of 'Happy Birthday' as Domenicali was given a small cake with a single candle to blow out...

McLaren might have produced plenty of pole and race-winning machinery in its time, but it's also well known in the paddock that the team has delivered some pretty good books as well.

On the Saturday night of the Spanish GP - and on what would have been a great celebration if a fuelling error had not resulted in Lewis Hamilton being stripped of McLaren's 150th pole position - the team launched its latest publication.

Called 'The Art of Racing', the 304-page book offers a fascinating glimpse behind the life and drama of the McLaren team over the course of the 2010 and 2011 seasons.

Featuring some amazing pictures from photographer Darren Heath, and with Maurice Hamilton providing the words, it takes you to places that have rarely been seen before.

As well as great shots inside the garages and private rooms of Lewis Hamilton and Jenson Button, there's a picture of the top-secret simulator, plus the much talked about 'Mission Control' at the team's Woking factory, where engineering staff toil away to support those actually at the race.

More details on the book, as well as a preview, can be found here.

The start of the European season provides the perfect excuse for F1's party season to kick up a gear, and this year it was Red Bull partner Infiniti that was first to the door.

Back at the Chinese Grand Prix, Sebastian Vettel had spent a day in the build-up to the race filming a kung fu movie called 'Drive of the Dragon' with Hollywood actress Celina Jade.

Since the Shanghai event the film has taken shape and its debut came in the funky underground cellars of Barcelona club Ocana on the Thursday night of the Spanish GP.

The short movie features Vettel pulling off a few kung fu moves with Jade, and both were left pretty impressed with the end result.

However, Jade managed to upstage Vettel on launch night as she took to the stage to sing, earning rapturous applause.