The Bahrain Grand Prix is a race weekend that will never be forgotten. But, unlike many other GPs, it was an event that the Formula 1 paddock experienced in a totally different way from those who observed events from afar.

Tuning in to the 24-hour news channels each morning, you couldn't help but think that the race was taking place in the middle of a war zone. The images were of rioters and police clashing on the streets; there was talk of a ring of steel on the main motorway, with armoured vehicles and barbed-wire blockades keeping the trouble-makers away.

Every day, too, there was talk that the safety situation - and the perception of protestors flooding the streets, with F1 personnel being forced to dodge petrol bombs on one side and tear gas on another - was so serious that the race really needed to be called off.

There was certainly some hard evidence to support that view, with four Force India staff getting caught in the crossfire between police and protestors on the Wednesday night before the race.

The group had been forced to stop on the main highway back to Manama by a temporary road block erected by protestors. While they were stationary, it all kicked off between the protestors and the police, with Molotov cocktails thrown from one side, and some landing quite near to the car.

Then, alarmingly, a figure appeared at the window brandishing a gun - which turned out to be a policeman using the car as cover before firing off a round of tear gas.

When the protestors had scarpered and the police removed the road block, the Force India personnel were able to get back on their way. Clearly shaken but thankfully unhurt, their experience would prove the catalyst for the biggest challenge in deputy team principal Bob Fernley's time in charge.

Facing what he would later call a possible 'unravelling' of his team - with tales of other personnel also witnessing trouble on the journey from track to city - Fernley elected to let his staff return early to their hotels on Friday night, which meant skipping second free practice.

While that decision was embarrassing for the Bahrainis, Bernie Ecclestone and the FIA, it also served to whip up even more of a frenzy about safety. Day after day, as the countdown to the race continued, the reporting got more and more sensational as numerous media outlets tried to outdo each other in stating just how serious the situation in Bahrain was.

The reality on the ground for most of the F1 travelling circus was totally different.

Everyone had arrived with a feeling of unease, simply because it was a step into the unknown. Was Manama full of protestors ready to attack anyone associated with the race?

Would there be burning-tyre road blocks at every turn, and mobs on the street running around causing chaos while the police chased them with tear gas, stun grenades and live ammunition?

The answer was a firm no on all counts. Yes there were protests, and yes there were clashes between the police and rioters both near the circuit and in Manama, but these were very much the exception rather than the rule.

Some of the protests were big - one on Friday night in Manama attracted around 5000 people - but it certainly wasn't as though the whole of the country was taking to the streets to oppose the race.

The edgy feel to the paddock that existed on Friday night in the wake of the Force India situation slowly faded over the remainder of the weekend.

From my experience - and it seems it's one many shared - there was no more drama to going about our business than at some other venues we travel to.

Sure, if you happened to be on the main highway at the wrong time, as the Force India boys experienced, you could see some alarming things, but overall there was little evidence of the chaos that was being talked about.

During my six days in Bahrain, on the journey from airport to hotel, into town for dinner and to and from the track, I did not witness a single protest, did not see one petrol bomb, never heard a stun grenade and did not get one sniff of tear gas.

The only first-hand evidence of trouble were a few scorch marks on the road where tyres had been burned the night before, plus the plumes of smoke of similar fires from villages near the main motorway.

I'm sure if I had wanted to take a trip to a scheduled protest I could have easily found some trouble - and experienced first-hand the violence that is a part of life for some in Bahrain. But finding violence is just as easy in London or Spain if you want to look hard enough.

Security was obviously tight, and the show of force from armed officers on the main route had definitely been ramped up. But it was no more in-your-face than on the roads of India or Brazil. It also paled into insignificance compared to what I witnessed close-up at a derby clash between Boca Juniors and River Plate in Buenos Aires back in 1998...

The experience for the majority of the F1 paddock of a near-normal grand prix weekend left a feeling of bewilderment at the way the event was being portrayed in the media.

And that, perhaps, will be one of the biggest issues that will be looked at over the coming week: why was there such a disconnect between the hysteria that suggested Bahrain was burning and the reality on the ground? And what has that disconnect done for F1's image? We don't have those answers yet... 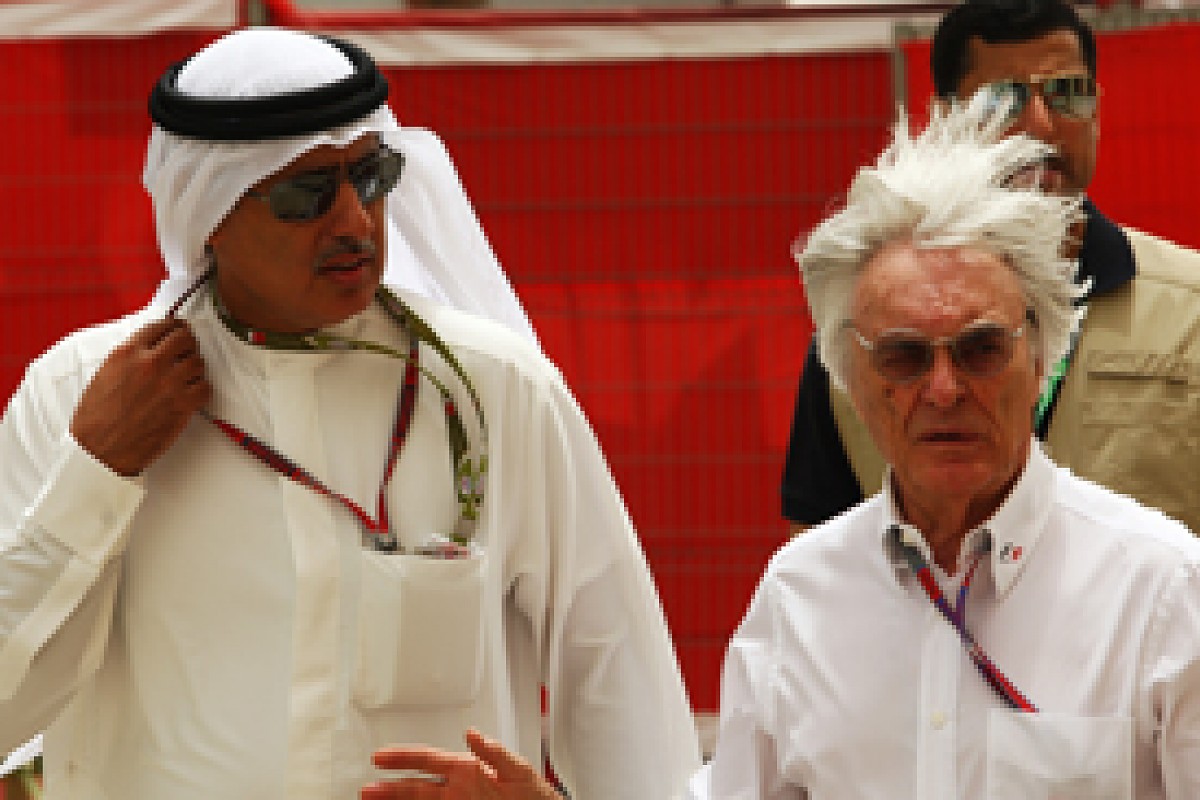