I love the Brazilian Grand Prix. It is my absolute favourite race of the season.

Away from Formula 1 I do quite a lot of travel photography in India and Africa and places like that, and Sao Paulo is the closest that we come to really travelling and seeing a place like that.

If you compare this place with somewhere like Korea, it is a complete contrast. I must admit that Korea was probably my worst race of the year and this is definitely the best.

One of my favourite memories from here was when I did a feature for AUTOSPORT's sister publication F1 Racing a few years ago on one of Ayrton Senna's karting mechanics who lives in the favellas.

I was here in Sao Paulo for a couple of days and spent some time in the favellas with him, and then I booked a helicopter to get some overhead pictures - and managed to get this shot of the circuit. I love the fact that Interlagos is completely surrounded by the city.

This place is very 'real' - unlike Korea where they have built a track and decided that they will then try and sort out the buildings afterwards. 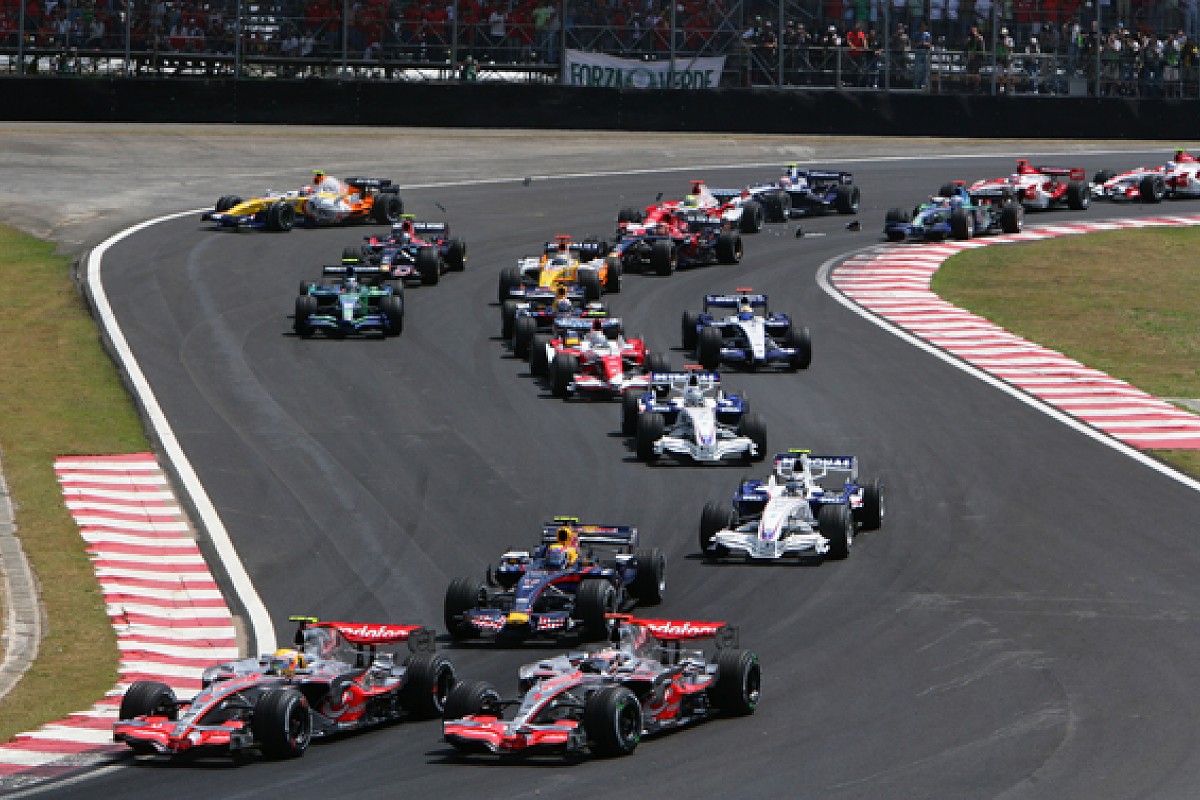 Interlagos is not short of places to get decent shots. It is one of the tracks where you can go to almost every corner and get some good pictures.

There is quite a lot of elevation here which really helps, and one of the best places are the two hairpins in the middle of the track. There are quite a lot of options there - you can look back towards the infield or you can frame the Sao Paulo skyline in the background.

The run to the first corner is also very magical. Like I said when I was in Monaco, you stand at corners here and you can really see Emerson Fittipaldi and Jackie Stewart battling wheel-to-wheel into the first corner. It is quite nice to feel that.

Where to watch from if you were spectating

If I was watching the race an awful lot seems to happen at Turn 4 - the tight left hander at the end of the first straight. It is not a great place for pictures, but if you are after action it is the perfect place to be.

The other good place is the grandstand overlooking the start-finish line. If I was a spectator and had to pick one race, then this would definitely be it. There is always a real party here in the grandstands, and the fans have a lot of fun. 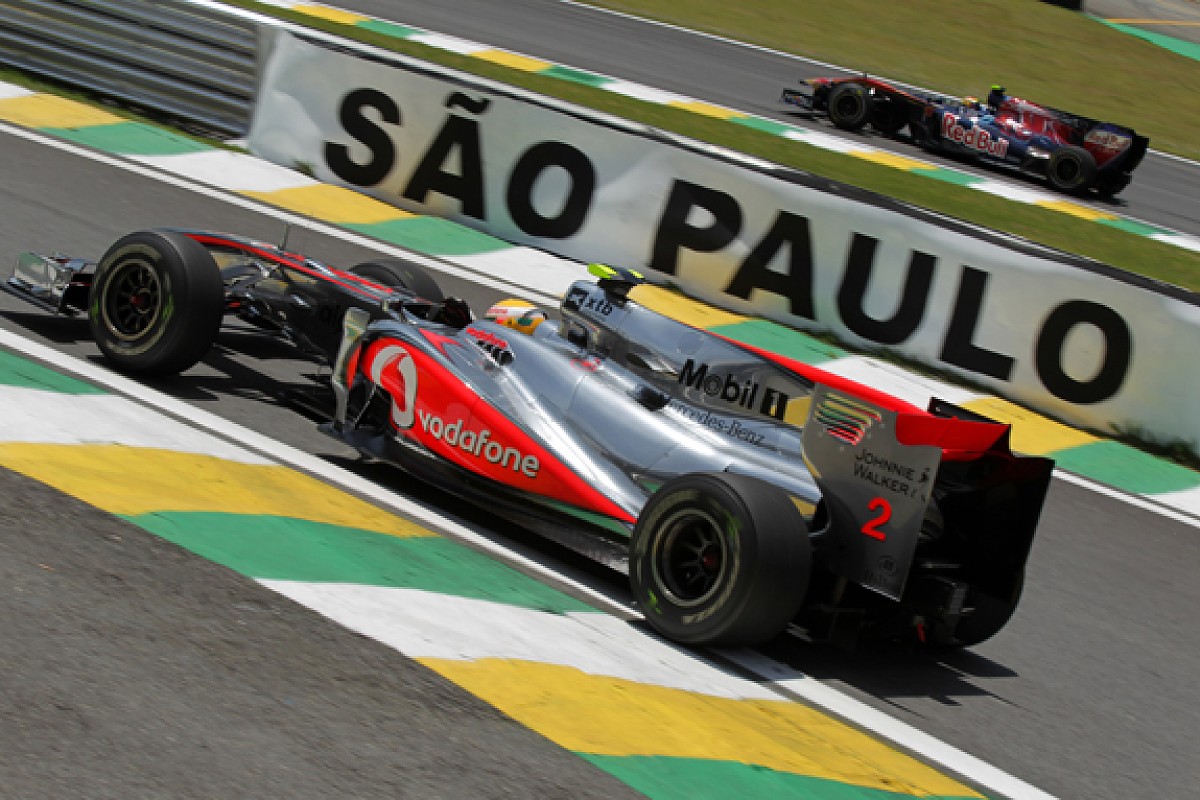 The layout of the Interlagos pitlane is pretty unique, with the way it snakes down the inside of the first corner.

It offers a great opportunity to try and pick up something that stands out - which is what I got in this picture. It's pretty obvious from the banner where this picture was taken, but even the colours of the kerbs are pretty special here and really let you know that you are in Brazil.

With a bit of waiting today for the right moment, I managed to get this shot of the two cars together - the McLaren coming out of the pits and the Scuderia Toro Rosso out on the circuit. 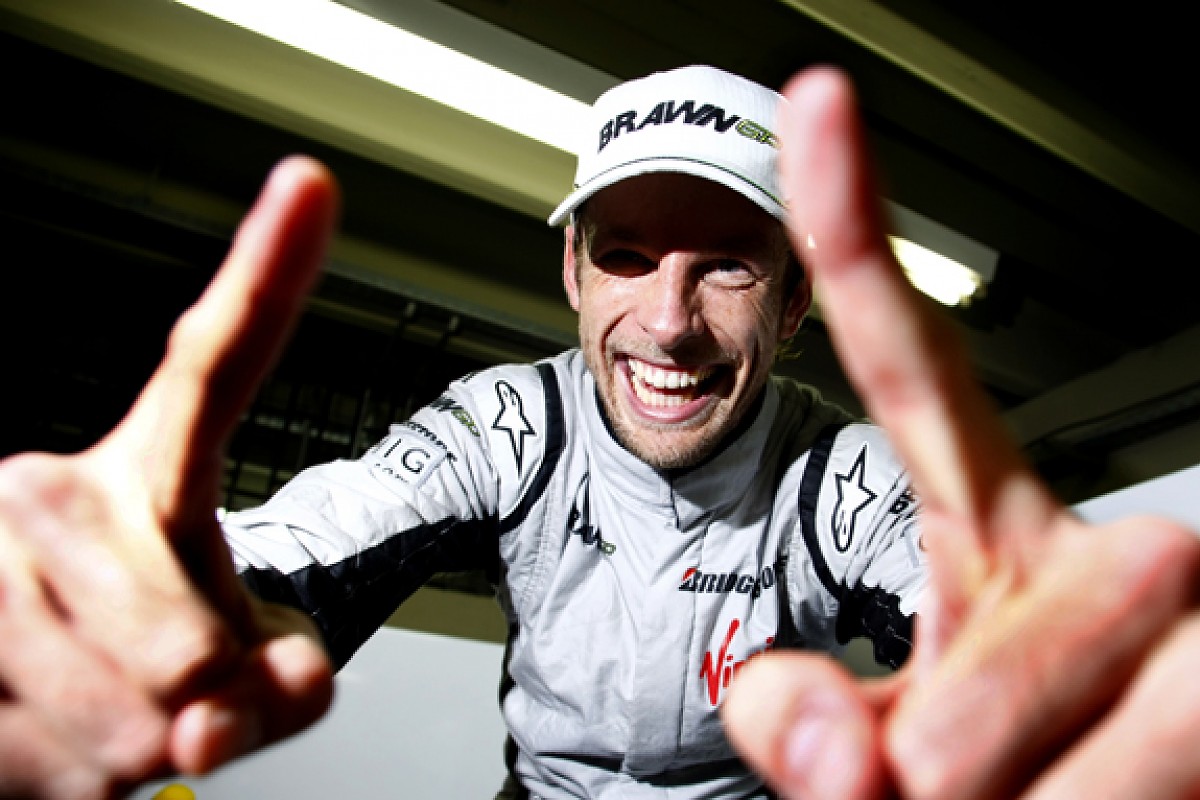 One of the things that I really love about Brazil is that it has replaced Suzuka as the place where the world championships are normally decided.

Those world title deciders really stick in your memory, as they are quite special moments, and when you are close to a team you feel a part of that - which is what happened with this picture of Jenson Button from last year.

Last year I did the photography for Brawn GP and this was the culmination of the year, and it is a very happy picture that tells a great story.

I was in the garage after the end of the race and he is standing up on the benches at the back. I was right underneath him on a wide-angles lens and I was screaming at him to try and get him to look at me straight into the camera.

You can see that all the weight of the title fight had been taken off his shoulders after that great race in Brazil.