Continuing Autosport's series of retrospective features looking at the defining moments of each decade of Formula 1 history using the Motorsport Images archive, we move on to the 1960s.

While Team Lotus chief Colin Chapman couldn't claim to have been responsible for the Beatles, the Beach Boys or the Rolling Stones, he did bring us monocoque chassis, the Ford-funded Cosworth DFV V8, aerodynamic wings and commercial sponsorship.

It was also a tumultuous decade that featured two major rules changes, the end of Stirling Moss's career, the rise and tragic death of Jim Clark, a unique record for John Surtees, and a new force in the forms of Jackie Stewart and the Tyrrell team. 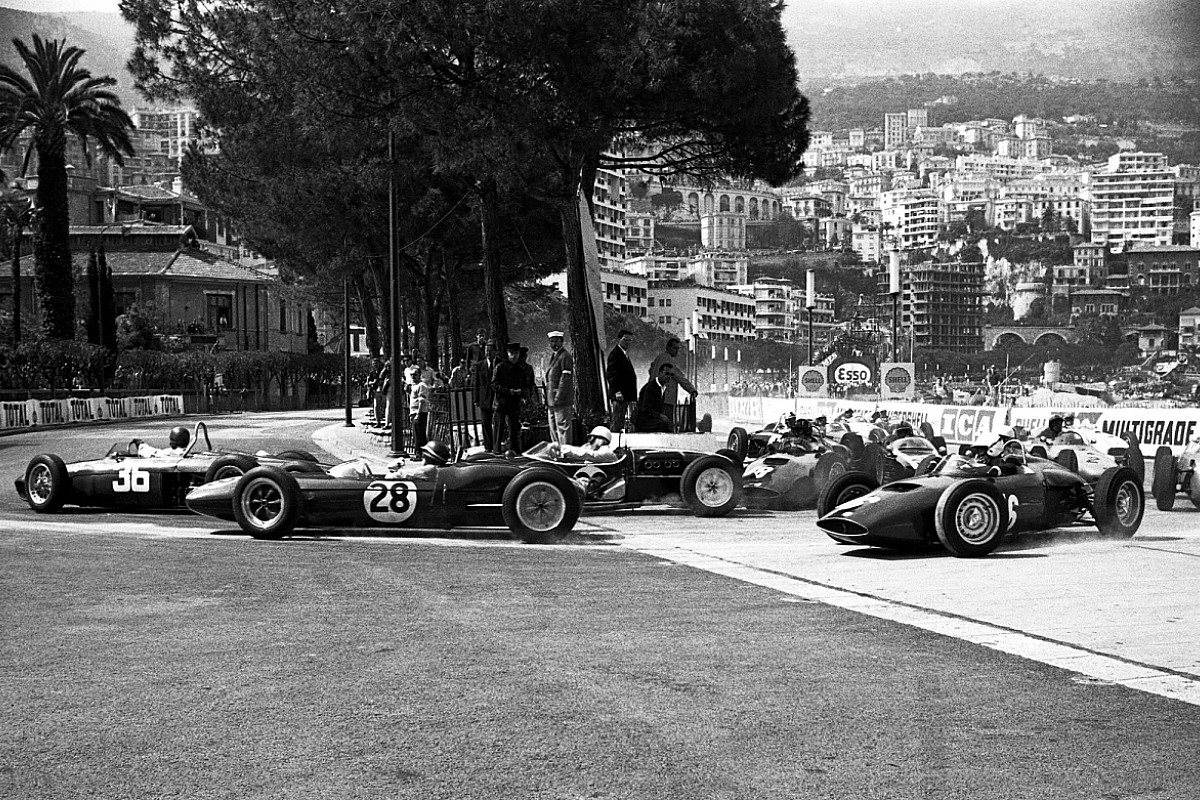 The first corner of a new era, as F1 controversially switches to 1.5-litre engines for the 1961 season. After a raft of non-championship 'warm-up' races, the first points-paying race is the Monaco Grand Prix.

Moss will go on to take a famous victory, which he later recalled to be the race of his life, from the expected-to-be-dominant Ferraris of Ginther, Phil Hill and Wolfgang von Trips. 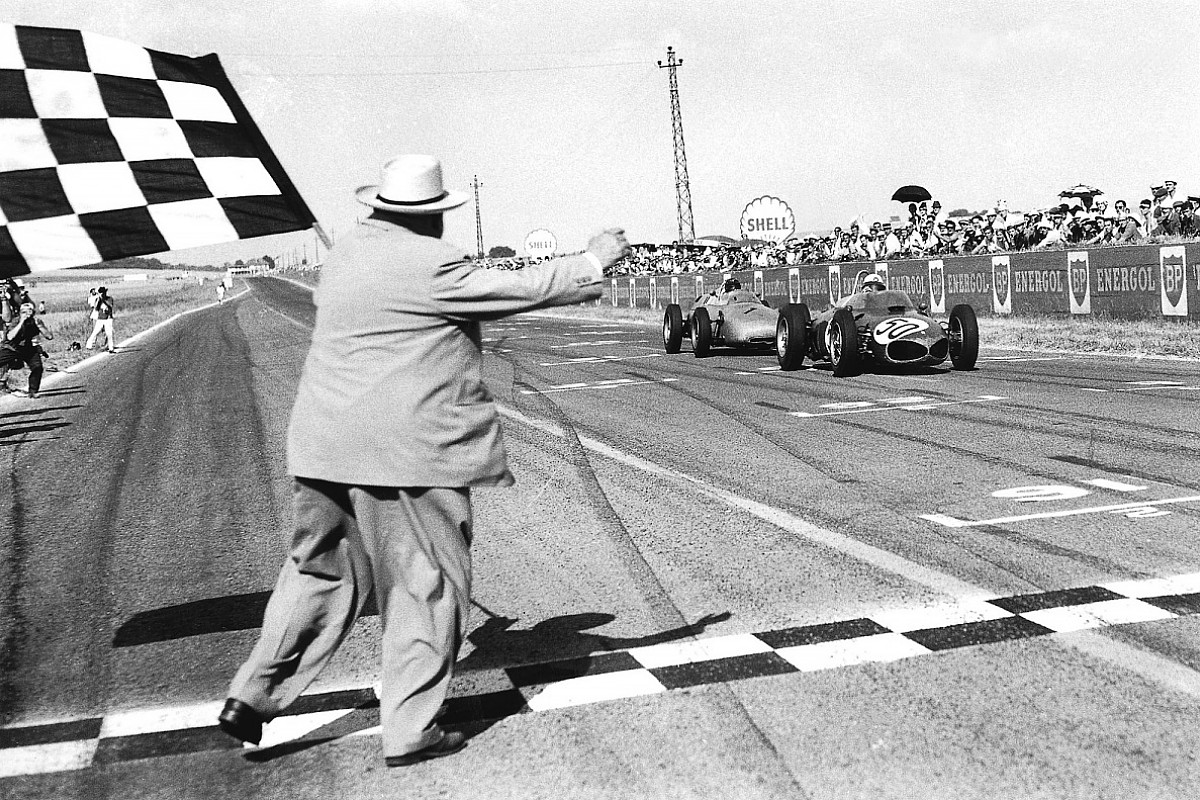 Milan youngster Giancarlo Baghetti is on a roll. Already the winner of his first two F1 races - the non-championship Syracuse and Naples Grands Prix - he is entered for his first championship counter, the 1961 French Grand Prix at Reims, in a fourth Ferrari.

One by one the three main Ferrari contenders - Hill, von Trips and Ginther, all of whom have led - hit trouble. That leaves the surprising Baghetti to battle out the final laps with the less-powerful Porsche of Dan Gurney. 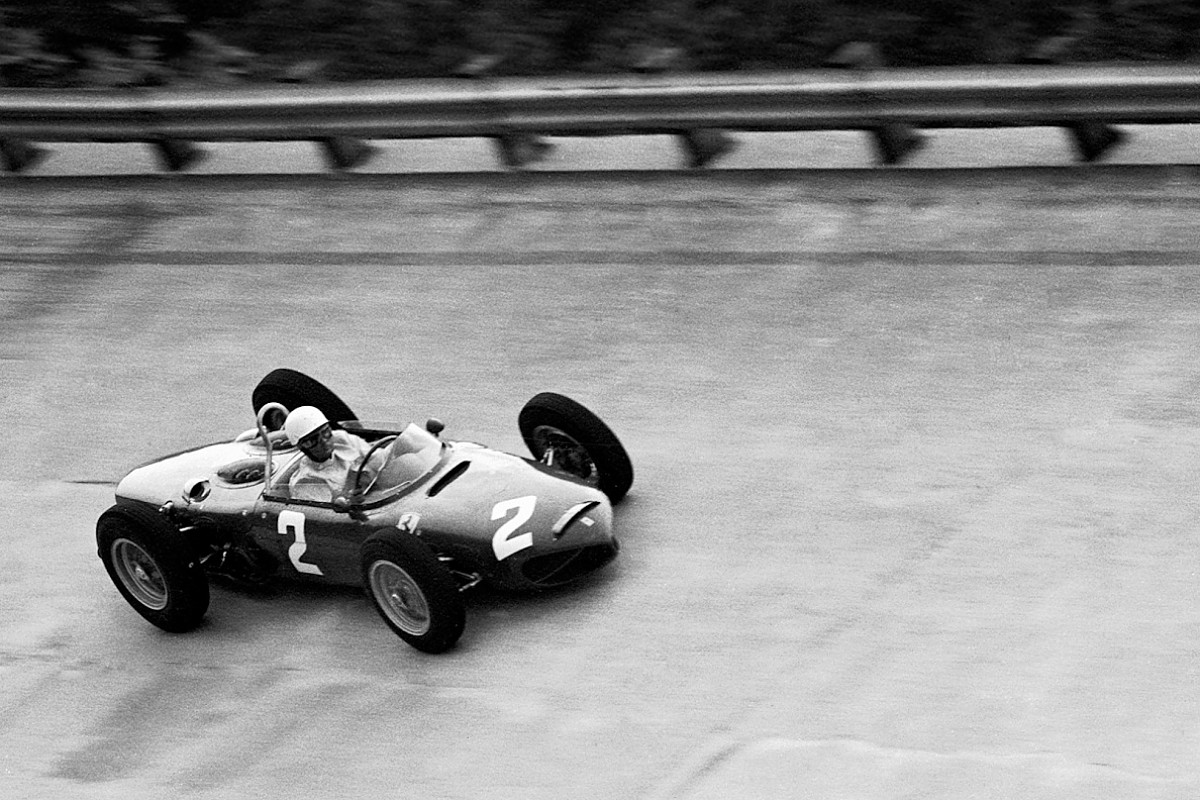 Phil Hill at speed on the Monza banking on his way to a sad world championship triumph. Sad, because Ferrari team-mate von Trips has been killed - along with 15 spectators - in an accident on the approach to Parabolica caused by a collision with the Lotus of Jim Clark.

A win in the Italian Grand Prix would have meant the crowning of von Trips as the first German to be world champion; instead, Hill's victory means that there is nobody else within striking distance going into the finale at Watkins Glen, so he becomes the first American to wear that honour. 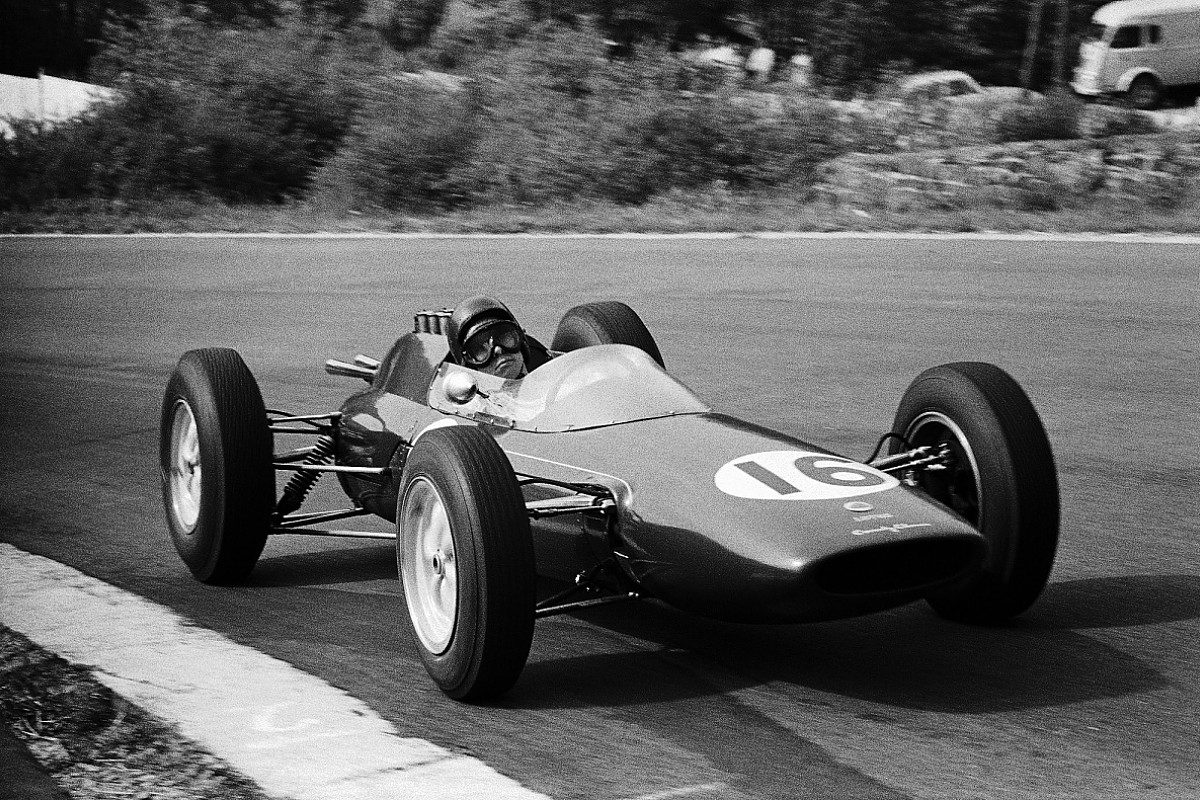 A revolutionary car, and a revelationary talent. The new Lotus 25 has brought monocoque technology to F1, and Clark has already been tipped by Moss - recently seriously injured at Goodwood - as a world champion of the future.

Clark, already a winner of non-championship F1 races, qualifies down in 12th for the 1962 Belgian Grand Prix at Spa - a camshaft breaks on his Climax engine in Friday practice, and the replacement V8 doesn't arrive until Saturday evening.

But he gets to the front within nine laps and claims the first of his 25 world championship grand prix wins. He will win the 1963 and 1965 titles.

PLUS: The best drives of a lost F1 great 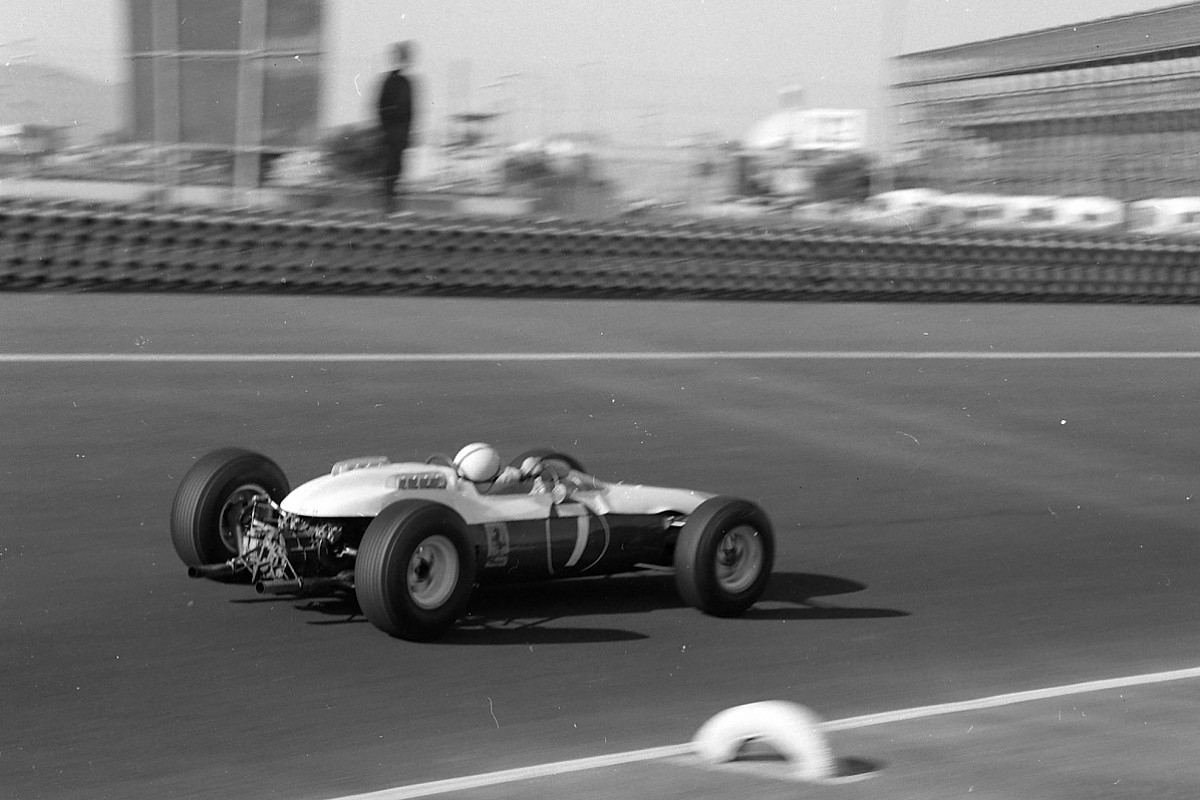 Seven times a grand prix world motorcycle champion, John Surtees becomes the first - and still only - man to be crowned king of the world on two wheels and four in a thrilling 1964 season finale in Mexico, arguably the most dramatic until Lewis Hamilton's 2008 triumph.

Leader Clark is all set to win the title, but his Lotus's Climax engine leaks oil and cries enough on the final lap. Surtees is third, but that isn't enough to overhaul the points total of BRM driver Graham Hill, who has lost time with exhaust damage from a collision with Surtees's Ferrari team-mate Lorenzo Bandini.

The Italian then moves over on the last lap to give Surtees second place and the crown, behind race winner Gurney's Brabham. 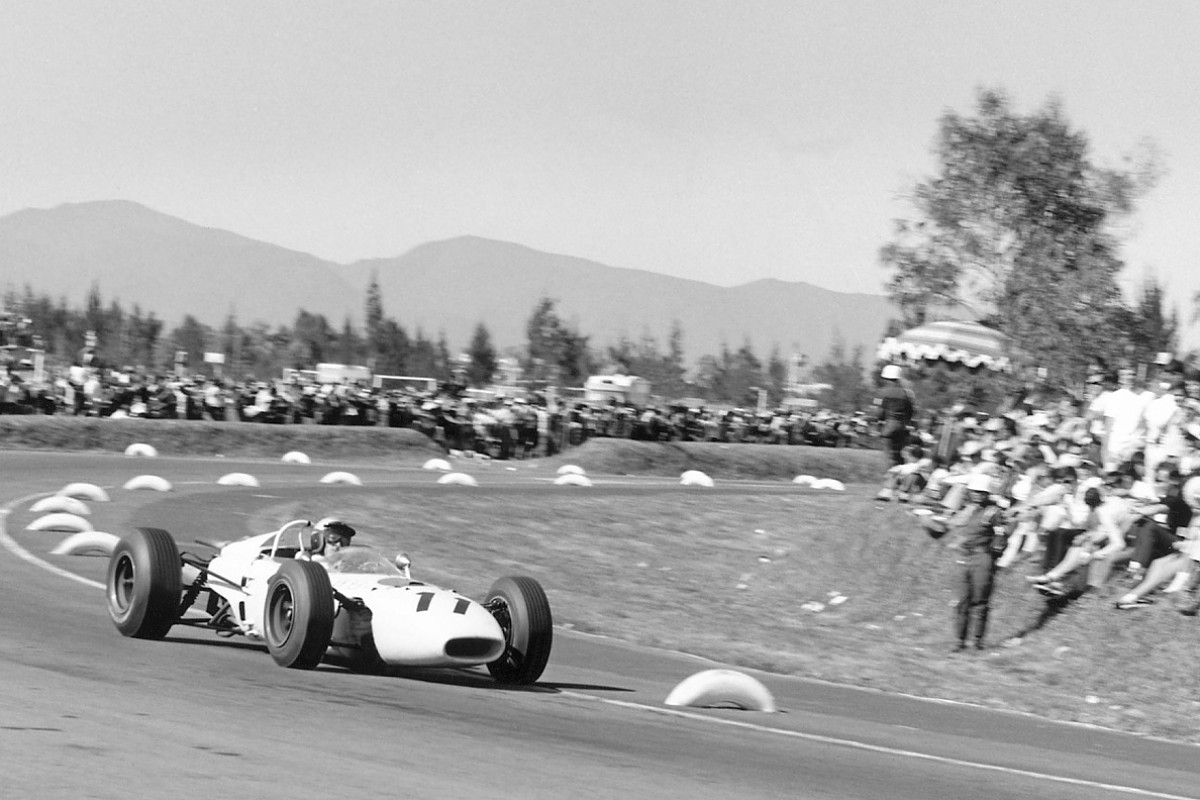 Just 14 months on from its low-key F1 debut at the Nurburgring the previous year, Honda scores its first win - in the 1965 Mexican Grand Prix.

Ex-Ferrari and BRM ace Ginther has been engaged for the Japanese manufacturer's first full season, and the American leads all the way at the Mexico City track to defeat Gurney's Brabham by just under three seconds. Significantly, it's also the first of 368 grand prix wins for tyre company Goodyear. 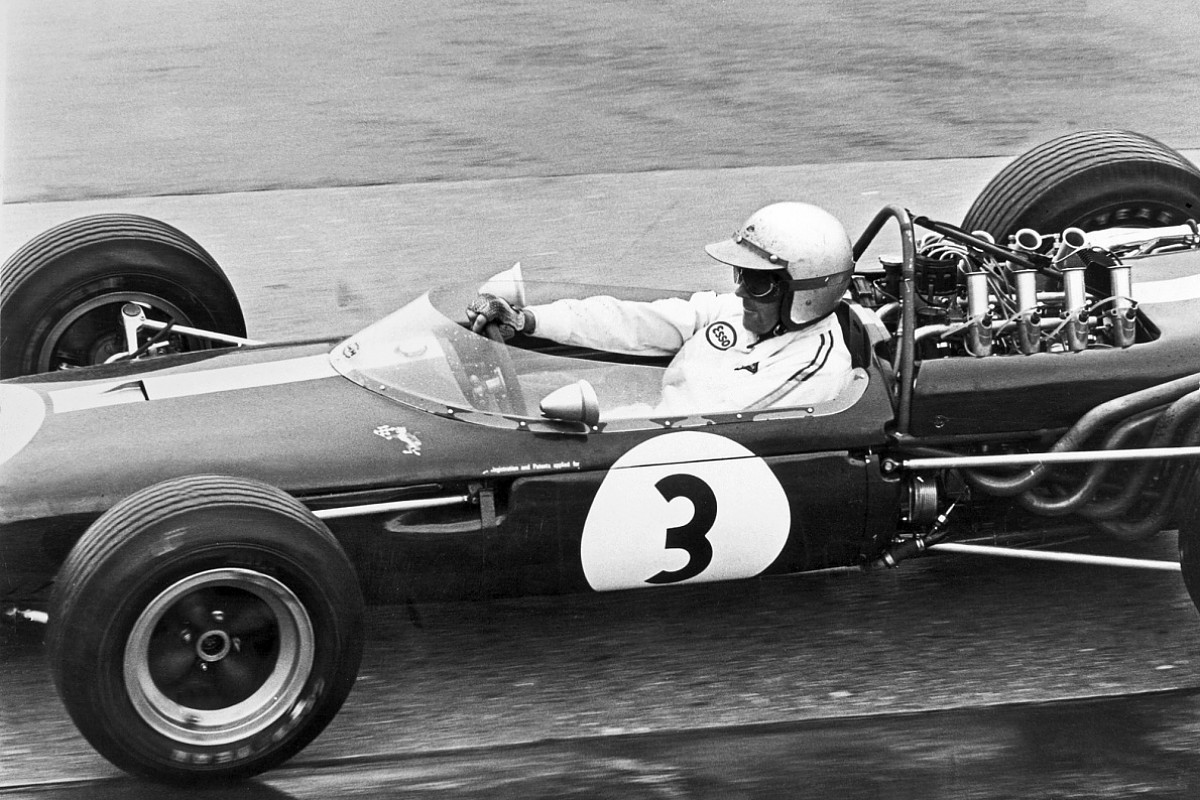 Jack Brabham - in typical, grim-faced, determined style - sweeps to a fourth successive 1966 victory at the Nurburgring to establish an unassailable points advantage.

One month earlier, in the French Grand Prix at Reims, he became the first driver to win a world championship race in a car bearing his own name, and soon will become the first man to become champion in his own machine - his third title in all.

In this year, F1 has gone from 1500cc to 3000cc engines. Brabham has stolen a march by commissioning Australian company Repco to develop an engine based on a V8 Oldsmobile block. It's not the most powerful, but it's reliable. 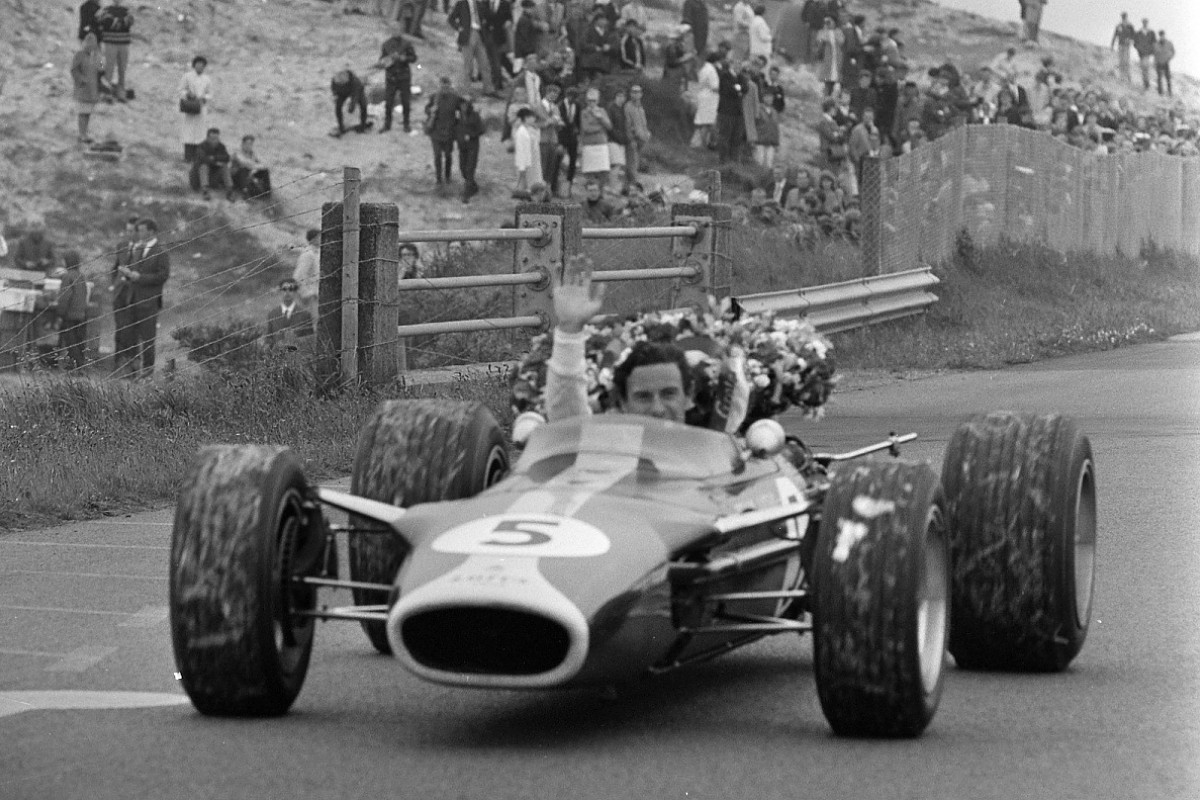 Another Lotus revolution: the team's exclusive use of the new, Ford-funded, Cosworth-built DFV V8 engine. Clark has just taken victory on the powerplant's debut, nestling in the Lotus 49, in the 1967 Dutch Grand Prix at Zandvoort.

It is an unexpected win for Clark, who suffers a hub failure in practice that leaves him eighth on the grid, with team-mate Graham Hill on pole. But Clark works his way through the field and, when a camshaft problem hits leader Hill, the Scot is promoted to third.

He soon passes Jochen Rindt (Cooper) and Jack Brabham (Brabham) to win. It is the first of 155 world championship GP wins for the DFV and its derivatives, stretching to 1983.

PLUS: The greatest engine in Formula 1 history 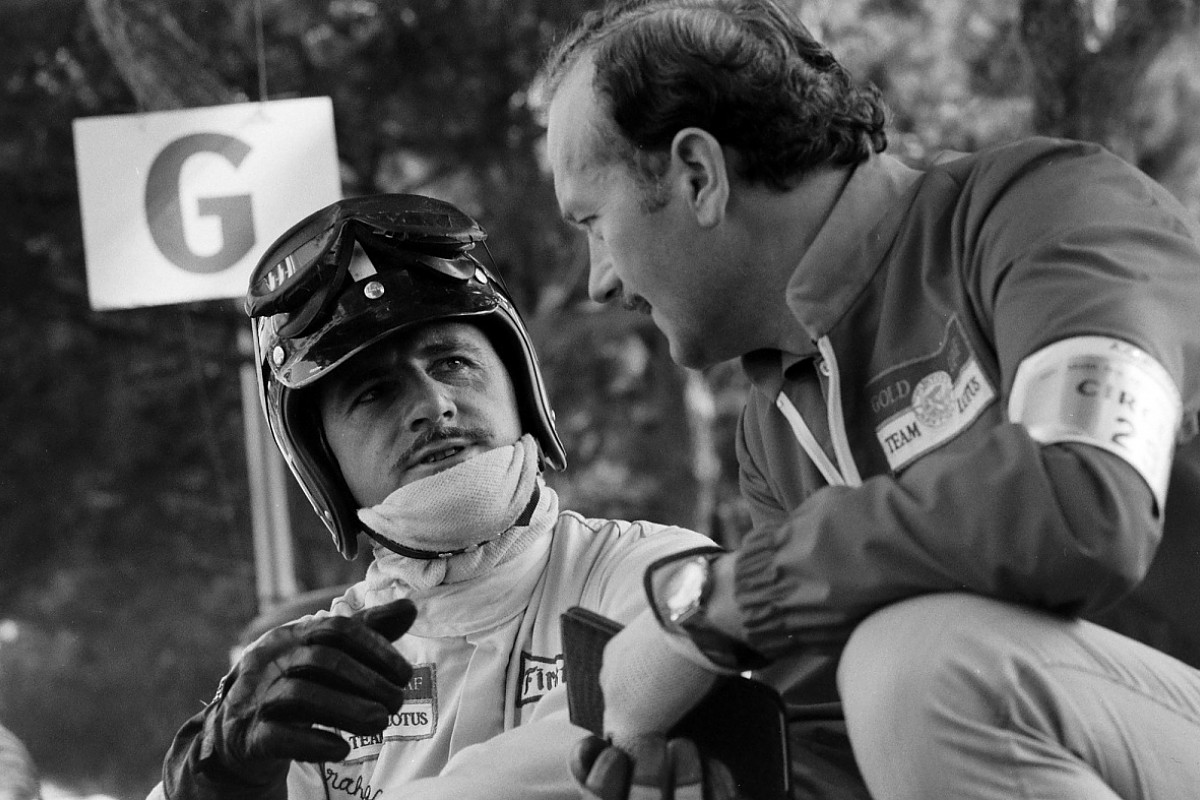 "What do we do now?" Team Lotus chief Colin Chapman with Graham Hill at the 1968 Monaco Grand Prix, just a few weeks after the death of the revered Clark in a Formula 2 race at Hockenheim.

Hill has already picked up the team with victory in the Spanish Grand Prix at Jarama, and follows that with his fourth success in the streets of Monte Carlo.

Hill, already the 1962 world champion with BRM, goes on to win the title. He will add a fifth win in the principality in 1969, justifiably earning himself the nickname 'Mr Monaco'. 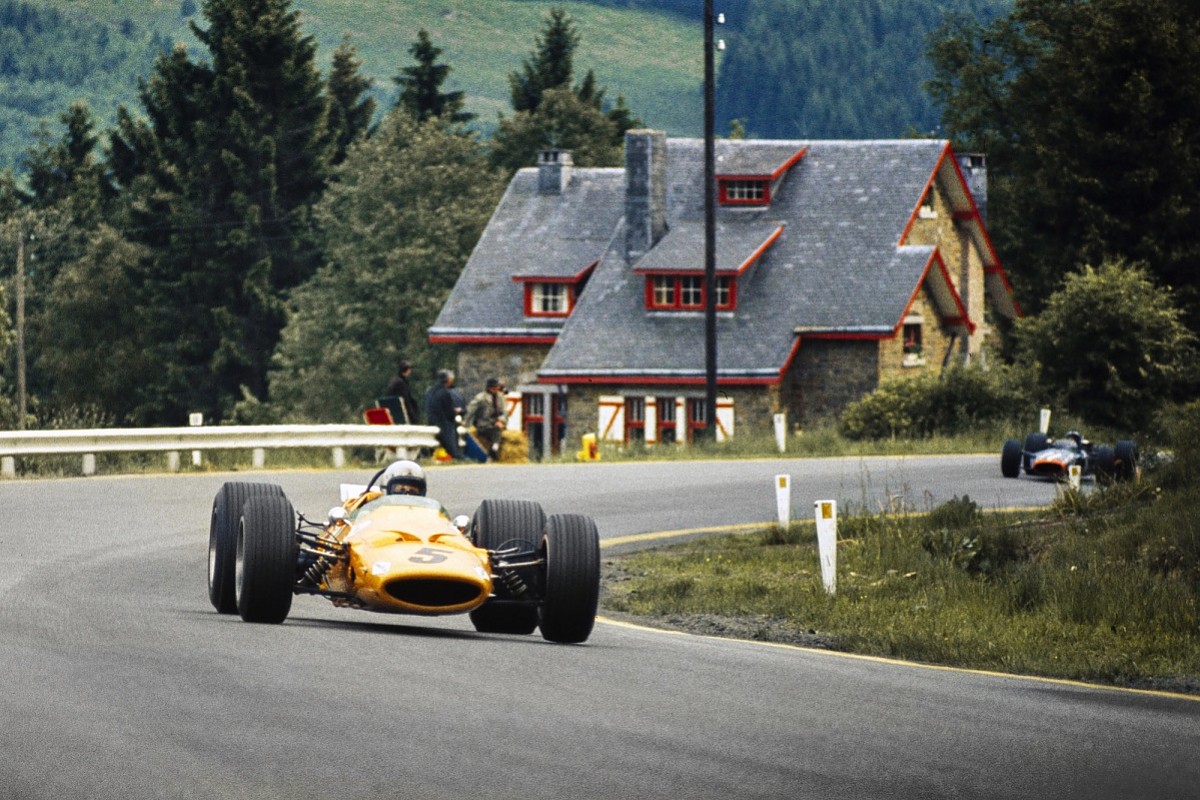 Bruce McLaren at speed at the majestic old Spa circuit on his way to victory in the 1968 Belgian Grand Prix - the first world championship race win for his own McLaren team, although the M7A model has already won the non-points Race of Champions at Brands Hatch (with McLaren) and International Trophy at Silverstone (Denny Hulme).

This is a win by stealth for McLaren in an extreme race of attrition, and he only moves into the lead on the final lap when the Tyrrell Matra of Jackie Stewart runs out of fuel.

PLUS: The quiet power behind Britain's best F1 team 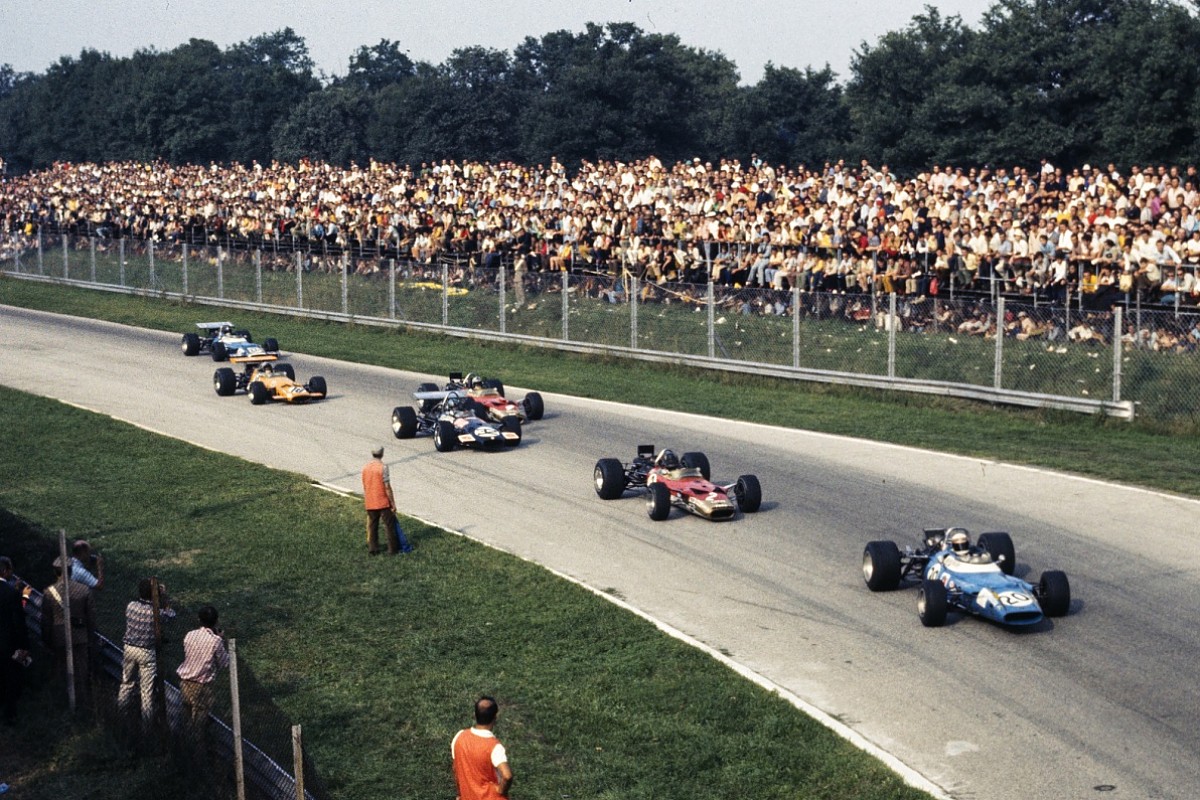 Stewart, who has dominated the season, clinches the championship with three rounds remaining thanks to his sixth and final win of the year. The Scot, Rindt, Beltoise and McLaren are covered by just 0.19 seconds at the finish!

PLUS: The 10 greatest races from Britain's best F1 driver