Extreme E drivers, led by Carlos Sainz Sr, are calling for updates to improve the standardised Odyssey 21 E-SUV car after the latest catalogue of reliability troubles struck in Greenland.

Championship co-founder Alejandro Agag reckoned it was a “miracle” that more cars did not fail during a maiden event in Saudi Arabia in April after a pre-season test event to further troubleshoot the machine was cancelled owing to the global health crisis.

But Autosport counted a season-high total of 22 technical and mechanical faults shared across the nine cars in the Arctic X-Prix last weekend, more than double the number to hit the grid in Saudi.

These included the most recent power steering system failures, suspension and steering setups collapsing after light impacts and cars repeatedly stopping after compressions from landings.

The Odyssey is the third high-profile model to be built by Spark Racing Technology, arriving after the Gen1 and Gen2 Formula E cars, and the constructor’s first off-road machine.

Drivers, including Chip Ganassi Racing’s Kyle Leduc and Jenson Button, have voiced their concerns to Autosport over the limited rear suspension travel most notably.

Rosberg X Racing driver Johan Kristoffersson suffered three car shutdowns on one lap in Greenland and had been told by Spark technicians that a similar issue in practice was a result of him “braking too hard”.

Additional concerns over the Williams Advanced Engineering battery meant power levels were cut to their lowest output of 200kW last weekend, down on the 400kW maximum capabilities.

This came despite the cooler temperatures compared to the Saudi desert and Senegalese beach course.

Double World Rally champion and Dakar regular Sainz called on Spark to make the most of his experience to improve the car, saying: “There is work to do with the car altogether. 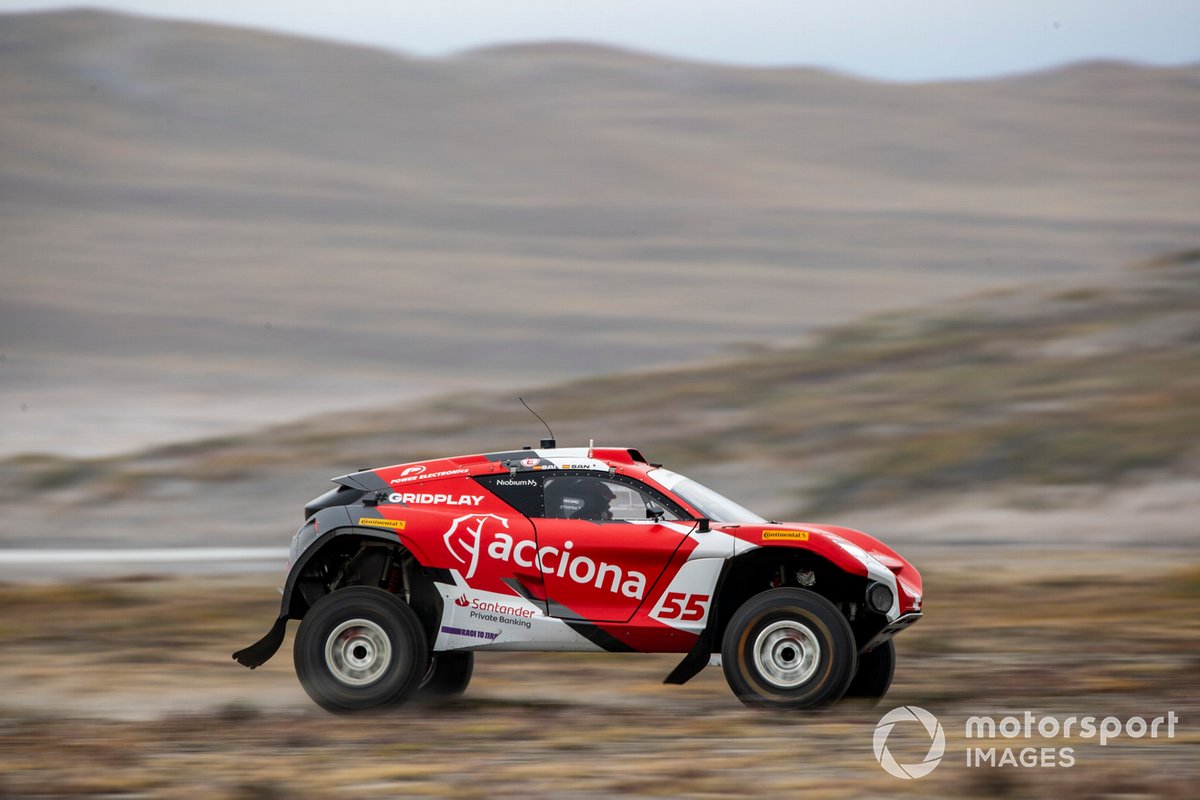 “We have seen many problems.

“We are pushing very hard. It was probably pushing too much for what the cars can take.

“We need to keep working and I'm sure that the car has to become more reliable. We need to make sure the suspension is working better.

“But this is part of the game. I hope that Spark, the technical people, are improving.

“Sometimes you get very frustrated because it is completely out of your hands. This is the hard part at the moment of what we are facing.

“I'm trying to give to Alejandro and to Spark all of my knowledge. I have white hair, I'm the most veteran driver.

“I have been driving in World Rally championship but especially in the Dakar with good teams, good manufacturers, good cars.”

Timmy Hansen, who won the event alongside Catie Munnings for Andretti United, also reckoned improvements were required to make the cars “stronger”.

He said: “They have some work to do on the cars.

“They have to be a little bit stronger, a little bit more reliable. We're all in this as a team, and we have to work together to improve this car.

“But it does need some updates and some improvement. I think we can all agree on that.”