Extreme E will finish its inaugural season in Dorset, UK as the Bovington military base steps in as the final replacement venue for a disrupted 2021 calendar.

The fifth and last event will be referred to as the ‘Jurassic X-Prix’ - for its proximity to the Jurassic Coastline - and is scheduled for the 18-19 December weekend.

This means the maiden campaign will run a week later than the originally conceived Patagonia, Argentina finale that was pencilled in for 11-12 December before COVID-19 travel restrictions brought about its cancellation.

Championship co-founder Alejandro Agag reckons this UK round signals “a poignant shift in our mission” to rare awareness and combat the climate crisis by moving away from the remote locations used in the first three rounds in Saudi Arabia, Senegal and Greenland.

“This move is a poignant shift in our mission to race in remote, far-away places to highlight the effects of climate change, as more increasingly, the issues we talk about are literally happening in our backyards, so it felt like the right time to bring the spotlight home, and help the army reduce its own carbon footprint.

“The world needs to move forward when it comes to the combustion engine and many other practices, and what better way to symbolise that than with a Jurassic-themed X-Prix.

“Unless we push forward with climate and sustainability action, certain species risk becoming extinct, and that is something we simply cannot ignore any longer.”

As per Extreme E’s mantra, it has pledged to host events only in places that have already been damaged by the climate crisis, although the remit of the local environment-benefitting Legacy Project has yet to be announced. 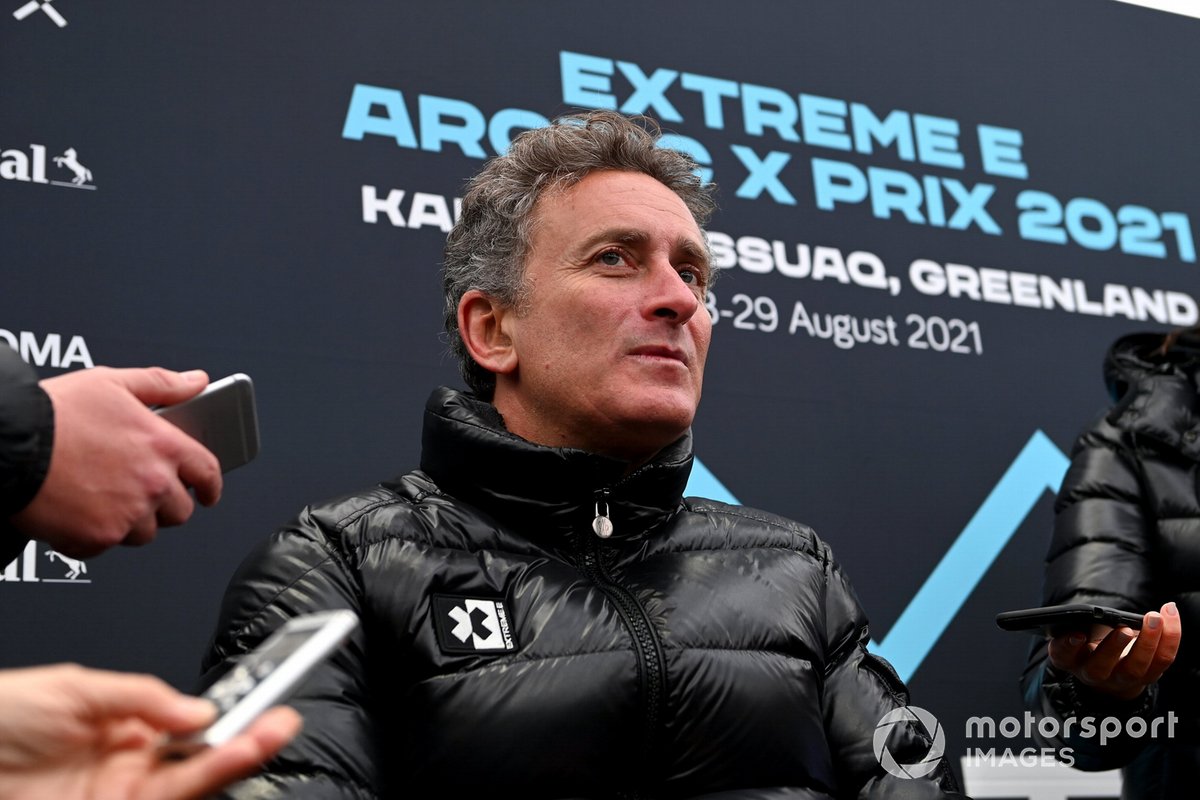 The round at Bovington, famed for its tank museum, has been organised in conjunction with the British Army, the Ministry of Defence and racing governing body Motorsport UK.

The Army and the MoD has recently announced its strategy to mitigate its environmental impact by reducing emissions and scaling up the transition to renewable energy sources, including a switch to electric armoured vehicles.

Major General Simon Hutchings OBE said: “The British Army prides itself on its ability to conduct operations in all environments, adapting and developing its skills as required.

“The opportunity to work alongside Extreme E, who are world leaders in electrification of vehicles and sustainable energy production, is very exciting.

“It will enable us to share innovative ideas which will allow the Army to continue to gain technology advantage globally, whilst also contributing to our climate and sustainability targets.”

The Dorset race will mark a home round for three of the 18 drivers - Jamie Chadwick, Catie Munnings and Oliver Bennett - while Jenson Button, who has stepped back from racing to be replaced by Kevin Hansen, will likely be on-site to oversee his JBXE operation.

Button, the 2009 Formula 1 world champion, added: “I’ve been lucky enough to race on UK soil a number of times throughout my career and those memories will always be incredibly special to me.”