Extreme E has revealed a hard and unforgiving course through the Capo Teulada military base in Sardinia that will underpin its fourth round, the Island X-Prix, this weekend.

Compared to the deep sand that typified the opening rounds in Saudi Arabia and Senegal, the Sardinian route in the ex-NATO facility features a fine layer of dust over compacted rocky terrain.

This is expected to unsettle the rear axles of the Odyssey 21 E-SUV, while deep unsighted ruts have been created throughout by rainfall and tank activity in the area.

The 4.37-mile (7.03km) lap, extended by 30 metres after the repositioning of one of the 28 gates, opens with a choice of six routes on the sprint to the first waypoint.

A first half of the lap remains wide and with different racing lines before narrowing for the timed super sector, which awards points to the fastest team, and is bookended by two water hazards.

The course then opens again for the remainder, with the majority of the corners running for 90-degrees on the sprint to the finish and driver changeover zone.

Most drivers are expected to deploy their ‘hyperdrive’ boost through this section.

A perimeter fence has been erected to ensure livestock, namely cows and goats, do not halt play by venturing onto the course, while an electric storm remains a risk for Sunday.

Further measures to prepare the area for Extreme E include the removal of approximately 60 boulders from the course. 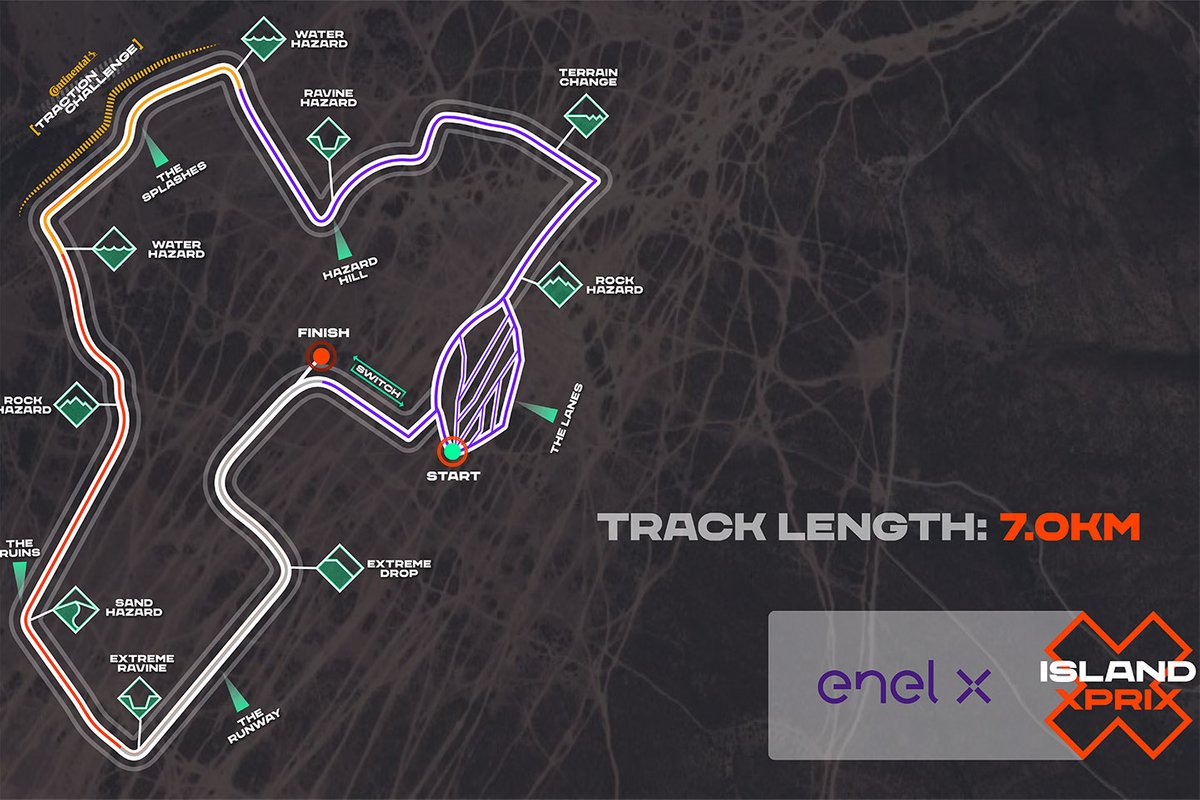 While official figures are yet to be released, available power is believed to be well below the 470kW maximum although the dust sitting over the rock is expected to create particularly slippery conditions.

A shorter course will be used for the subsequent technical, tyre and rookies' tests that take place immediately after the X-Prix.

“It will be totally different to what we’ve seen in the entire season.

“We have a solid rock base here and water splashes, which are brand new to the challenges we’ve had so far this year, but for me the biggest challenges in Sardinia are the hidden bumps.

“We have some medium to high-speed corners so weight transfer is very crucial, you have to be super sensible on the surface, the hidden bumps will create trouble I’m sure so for people watching it at home, it will be mega.

“The drivers will have to be very focused.”

“It’s really tricky in some places with bumps and compressions that you can’t really spot from being in the car, so it will be an interesting weekend.

“We have a really hard compact gravel, which has a different grip level compared to the surfaces we’ve seen so far.”