The X44 sprint on the 5.4-mile Kangerlussuaq lap was started by Cristina Gutierrez, who makes her return to competitive motorsport after fracturing two vertebrae on a rally raid event in Kazakhstan.

As the eighth of the nine teams to take to the course by the Russell Glacier, she headed into the driver changeover zone with only a 3.41s deficit before handing over to Sebastien Loeb.

The nine-time World Rally champion then set the fastest individual lap of the session, with his 5m46.155s effort combining with Gutierrez’s run to carve out a 3.712s advantage.

The American crew has endured a tough start to life in Extreme E with sizeable crashes and technical glitches, but Sara Price started the car strongly before passing on to Kyle Leduc.

His ‘trees or trophy’ style was on show again as he bucked over crests and kicked the rear axle skywards on occasion, but he had been provisionally fastest before the X44 effort.

However, the duo dropped down to third owing to a 10s penalty for Leduc knocking down a waypoint flag.

Three-time World Rallycross champion Johan Krisotffersson was left “not very impressed” after he suffered no fewer than three car shutdowns on his hugely interrupted run. 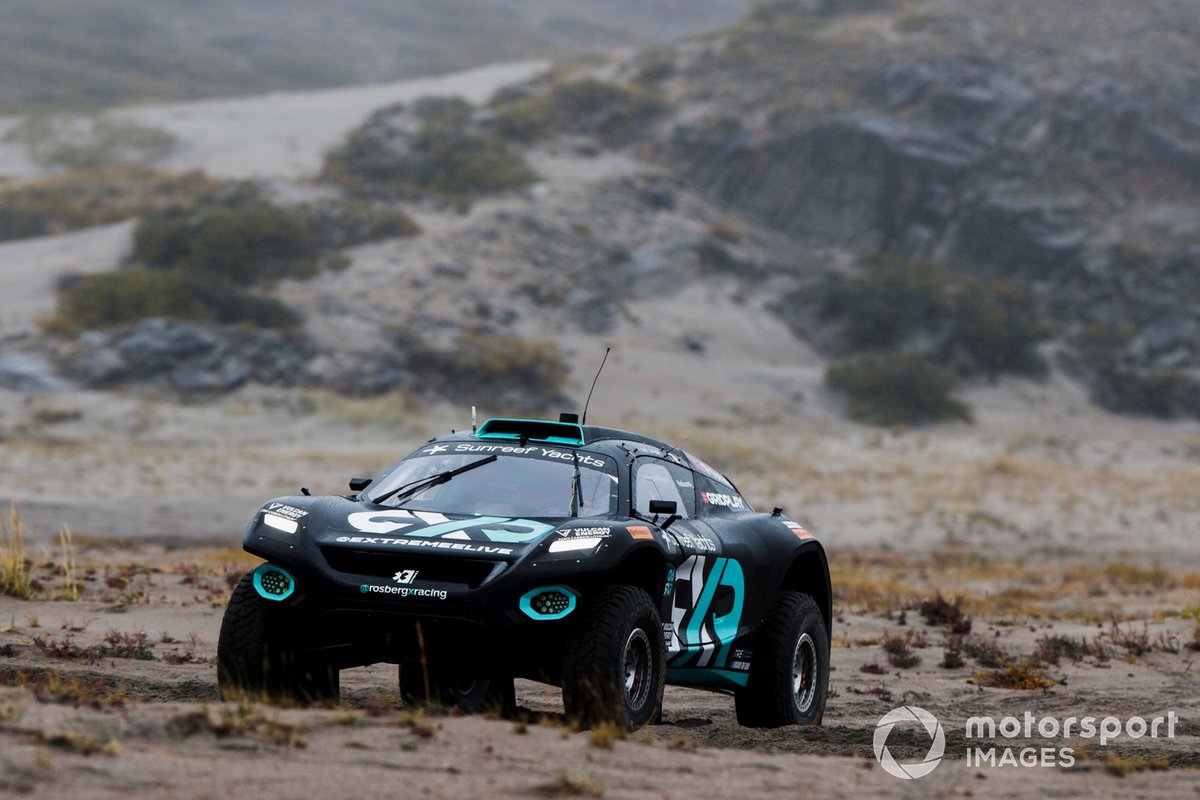 The Rosberg X Racing driver, who alongside Molly Taylor enjoys a 100% winning record so far, had been 10s ahead when the first car stoppage occurred.

This followed similar issues in free practice, when his Odyssey 21 E-SUV machine ground to a halt after reportedly braking too hard.

The Swede undertook a full system reset to get going again but the car stopped only a couple of hundred metres later following a fairly heavy landing over a crest.

When the same fault occurred only moments again later, Kristoffersson slammed the dashboard in a fit of fury but eventually managed to complete his run with a 1m04.062s margin for Taylor to recover.

The 2016 Australian Rally champion completed the quickest driver swap of the field but rolled over when the nose dived over a jump and the car landed on its two-left wheels, which dug in.

But in scenes reminiscent of Colin McRae’s 2006 X Games outing, she rapidly accelerated away from the shunt as soon as the car righted itself.

The damaged bodywork was gradually shed as she ran over the bumps, but the Rosberg X Racing outfit eventually finished its dramatic run with a 1m40s deficit in eighth position.

Veloce Racing, first on the course, ran to fourth quickest and with a 24.2s deficit, but this was exaggerated by debutant Emma Gilmour clocking a 10s penalty for downing a waypoint flag. 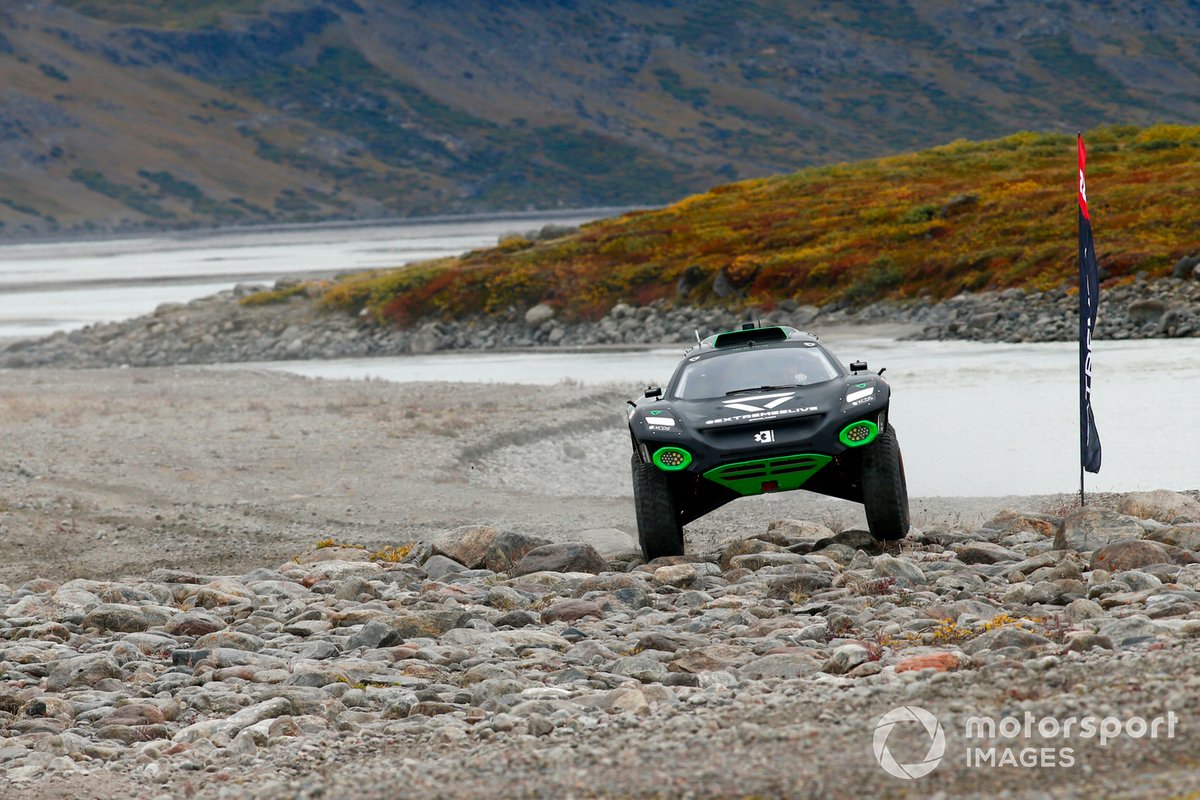 Christine Giampaoli Zonca and Oliver Bennett ran to fifth for the Xite Energy Racing squad as Acciona Sainz XE clocked sixth in a run hurt by a sluggish driver changeover.

While two-time World Rally champion Carlos Sainz Sr has complained of the driver swap hurting his crew due to their ‘age and size’, he created further pain by initially pulling into the wrong bay.

The Andretti United run was compromised by Timmy Hansen enduring a car shutdown before handing over to Catie Munnings and the Anglo-American squad landed seventh.

Mikaela Ahlin-Kottulinsky had started the car but after a bumpy run through the ‘rock garden’ section towards the end of the lap, the front-left suspension failed.