Overnight rain and persistent showers during the races teamed with a redesigned Kangerlussuaq course through waypoints two to six pave the way for creative overtaking.

That was apparent in the first semi-final as Sebastien Loeb recovered from last place to take the spoils after passing Stephane Sarrazin through the supposedly single-file lake section.

The X44 car, which topped the qualifying times, was started by Cristina Gutierrez from the left-hand side of the grid and the spare-time orthodontists held the lead off the line.

But Extreme E debutant Gilmour was able to stay with Gutierrez and then pass when her rival had to briefly hit the brakes after a series of crests flicked up the rear axle.

Carlos Sainz Sr tucked into third as the lead cars battled and then pounced on the slowing X44 machine before all three hit the 400kW hyperdrive boost through the flat open plain.

Sainz was able to pull clear with a better run and then defended from Gilmour to seal the lead as the course dived left into the single-track run through the shrubland sector.

But Gilmour ran over the ruts and slowed to give Sainz clear space, and he led by 13s into the driver change over zone and handed over the Acciona Sainz car to team-mate Laia Sanz.

Loeb and Sarrazin jumped aboard their team cars and began to close the 11s deficit to Sanz.

Loeb tried to force a move around the inside of Sarrazin early into his lap but then unexpectedly bullied his way through the standing water on the inside of the lake section to nab second.

The nine-time World Rally champion was then able to eat into Sanz’s lead and pass when he thumbed the hyderdrive boost over the flat riverbed section.

As the two cars ran nose-to-tail into the ‘rock garden’, Sarrazin surprised when he opted for a massively tight line to cut over the roughest section of stones and take a remarkable lead.

However, his maverick move was undone as the front-left suspension failed in tandem with a rear-left puncture on the run to the line as Loeb beat Sanz by just a 0.729s winning margin. 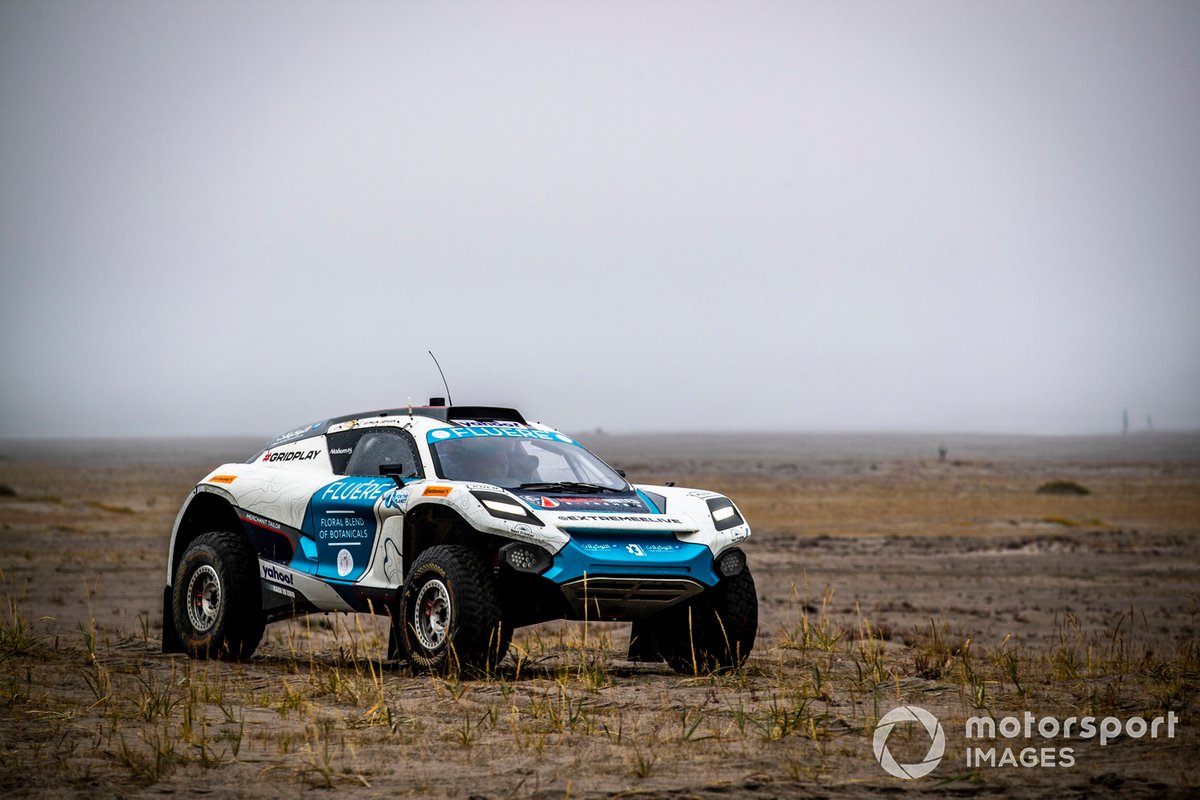 Abt Cupra driver Jutta Kleinschmidt stormed into the lead off the line but over the early crests she was joined by Johan Kristoffersson and Timmy Hansen in a three-way shootout.

Hansen was the latest braker into the first defined corner, a right-hand kink, to take the lead as Kristoffersson moved into second and Kleinschmidt fell back with a broken driveshaft.

Kristoffersson responded with an early use of hyperdrive to hit first place, but his run was undone when he hit a patch of mud on the run to the lake and understeered wide.

As he used the throttle to rotate the Rosberg X Racing car, the rear clipped a waypoint flag and he earned a 10s reprimand as Hansen powered past with hyperdrive over the riverbed.

They ran close through the ‘rock garden’ but Kristoffersson was able to nip past by diving late on the brakes into the driver swap zone to hand over to Molly Taylor in first place. 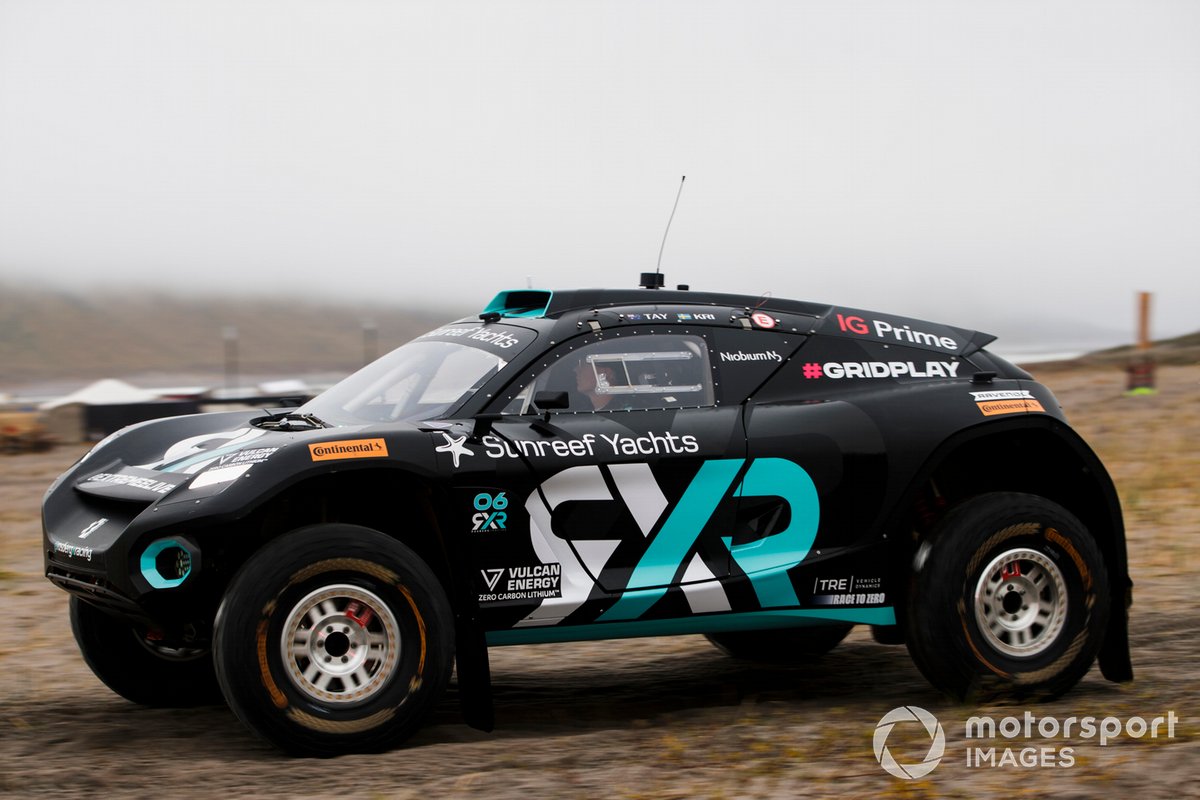 Taylor ran with a 2s lead over Munnings, in for Hansen, but the latter could reel in the 2016 Australian rally champion, who then went wide to allow Munnings to slip through for the lead.

European rally regular Munnings then pulled clear with her hyperdrive to win by 1.2s at the finish, which became 11.2s with penalties applied for Rosberg X Racing.

Meanwhile, Mattias Ekstrom nursed the Abt Cupra car over the line with the ailing driveshaft but was some 54s adrift at the finish.
The three remaining squads - Chip Ganassi Racing, JBXE and Xite Energy Racing - will face off for the final grid slot in the final in this afternoon’s shootout race.