Williams’ George Russell says he will not try “anything stupid” to hold onto a high position during the 2021 Spa race after stunning several faster Formula 1 cars in qualifying.

Russell nearly claimed a shock pole for Williams after rising to provisionally top Q3 in the final moments of the wet Belgian Grand Prix qualifying on Saturday – with rivals including Mercedes driver Lewis Hamilton unable to better his time, and only Red Bull’s Max Verstappen finally able to get ahead of claim pole for Sunday’s race.

Russell’s result equalled his best F1 career grid slot, but it was his best result for Williams after his first front row start came when his stood in for Hamilton at the 2020 Sakhir GP when the world champion contracted COVID-19.

The Briton said his Williams machine – on average the eighth fastest car across all the events completed so far in the 2021 season – “was really on it in these wet conditions” but said he and his squad have “obviously got to be realistic” about what it can achieve in Sunday’s race, even if the Spa track is wet again, going up against rivals with faster packages overall.

“We’ve got incredibly fast cars behind us but if the conditions stay the same, we’ve got a car that’s probably quick enough on merit in the top 10,” Russell said after qualifying.

“But if we’re starting from the front row, there’s no reason why we can’t try to hold that position for the majority of the race.

“But, you know, I don’t think I’m going to do anything stupid with the cars around me that are clearly going to be faster than us.

“[However,] there’s no reason why we can’t finish, if conditions are like this, top five, and just maximise it. Points is an absolute minimum.” 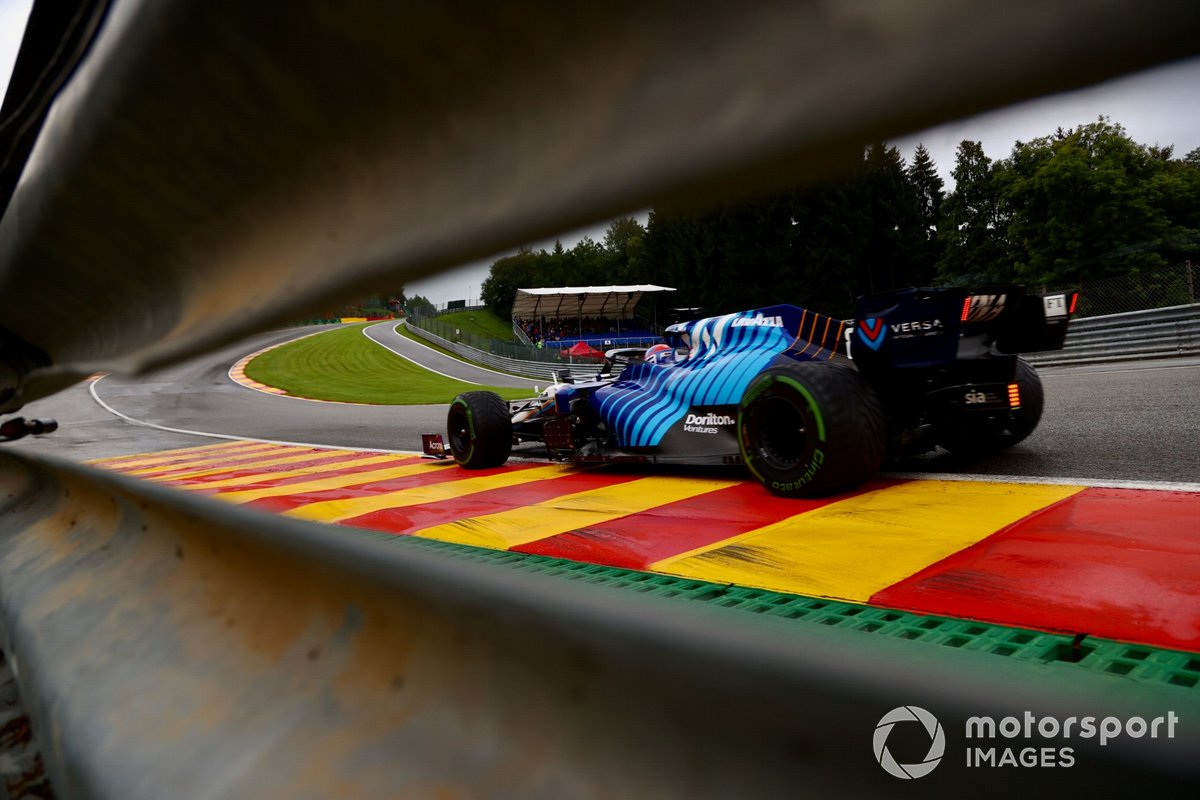 Russell was speaking in the post qualifying press conference where he also explained how he had worked to best deploy the electric energy of his customer Mercedes power unit on his final Q3, after initially posting a ‘banker’ preparation lap to bring his intermediate tyres into their optimum operating temperature range.

“It’s really difficult on this long circuit because we’ve obviously got the same engine mode but the battery deployment is quite different,” said Russell.

“And you want to give it everything you’ve got on that one lap, so I knew the lap would be on the last lap.

“I basically pushed [on the prep lap] but I didn’t deploy my battery, and just saved it all for the last lap, because it’s quite potent around here.”