Extreme E has unveiled its Arctic X-Prix course in Greenland, which sits next to a retreating glacier and will feature the first use of the points-paying super sector format amendment.

The third round of the inaugural season for the all-electric SUV off-road racing series takes place this weekend close to the town of Kangerlussuaq on the edge of the Russell Glacier.

After the desert dust of Saudi Arabia and the sandy beaches of Senegal, the track layout in Greenland will be typified by rocky terrain, glacial sediment and sand dunes.

The clockwise five-mile lap - with each heat consisting of two tours, one for each of the male and female driver line-up for the nine teams - features notable obstacles including sand and water hazards, plus a ridge drop and a so called ‘rock garden’.

The latter will feature medium-to-large boulders to lower average speeds and follows on from the super sector loop, which will make its calendar debut.

Devised by series co-founder Alejandro Agag in Saudi Arabia, five points will be awarded to the team whose driver sets the fastest time through the designated section over the weekend.

This amendment to the format follows an event in the AlUla desert where all lead-defining battles for position were settled by the exit of the first corner.

Agag said: “The Arctic X-Prix course offers a true spectacle and a brand-new challenge for teams and drivers. 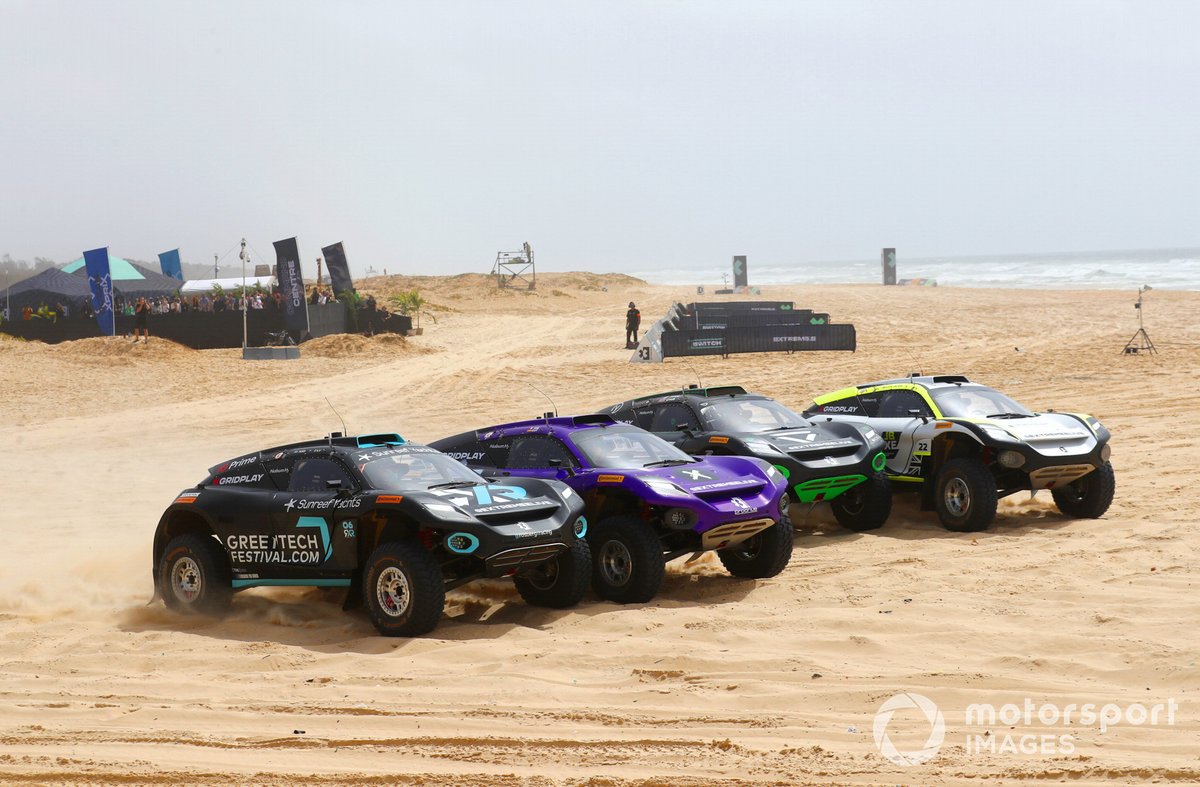 “To be racing on an area which was once a glacier up until its suffering at the hands of the climate crisis is very special and I’m sure through the racing and our broadcast product, we will heighten fans’ awareness of what is happening to the planet.

“This course is like nothing the motorsport world has ever seen as we are the first series to ever go racing in this location, which means teams will have to get to grips with the setting pretty quickly.

“I can’t wait to see what prevails this weekend, and who will take the top step on the podium.”

Further tweaks to the sporting format now mean the finale will consist of a five-car grid, increased from the three in Saudi and the four-way climax in Senegal.

The glacier course consists of a 60-metre total climb, while forecasted rain could lead to the first wet Extreme E race.

Although there are open plains, the configuration is described as “certainly not flat out” due to the lines carved into the surface by water flows and wind.