The squad's first major competition will be this week's Pro Draft in London - the latest stage of the second season of F1's eSports series - where it will pick drivers alongside of the other real-life participating teams for the next phase.

From over 66,000 unique entries, 40 drivers and are being tested on a variety of skills including physical fitness and their ability to handle the media.

There will be live-streamed races on Monday night, before the teams make their draft choices.

Veloce has been one of the star teams in F1's eSports series, with four of its drivers qualifying for the Pro Draft, but team boss Jamie MacLaurin told Autosport that Sauber will go into the draft with an "open mind, picking the best drivers" rather than Veloce's own competitors.

"Naturally we do know more about the Veloce guys," he said. "The conversations we've had with Sauber is that we go into the Pro Draft with a completely open mind.

"There's 40 drivers to choose from, I was at Silverstone yesterday [Wednesday] for Sauber. All the guys there have similar ability, a couple of tenths between them. Something like that.

"What we're looking for is people with the right motivation, the right brand, right voice.

"We're looking for the best drivers. Veloce doesn't really come into that equation. There are 40 drivers, Sauber are selecting the best."

Sauber team principal Frederic Vasseur added: "eSports is a great opportunity that opens up the F1 world to a wider target audience and young generation, who are the future of our sport.

"The eSports drivers will benefit from our expertise in racing. Our team has a long tradition in scouting and growing young talent so this new challenge is a perfect fit for the team."

Veloce's gaming stable goes beyond the official F1 video game, competing in other racing games such as Forza Motorsport.

It has also set its sights on some of the world's most popular games, including Fortnite - the immensely successful battle royale game. 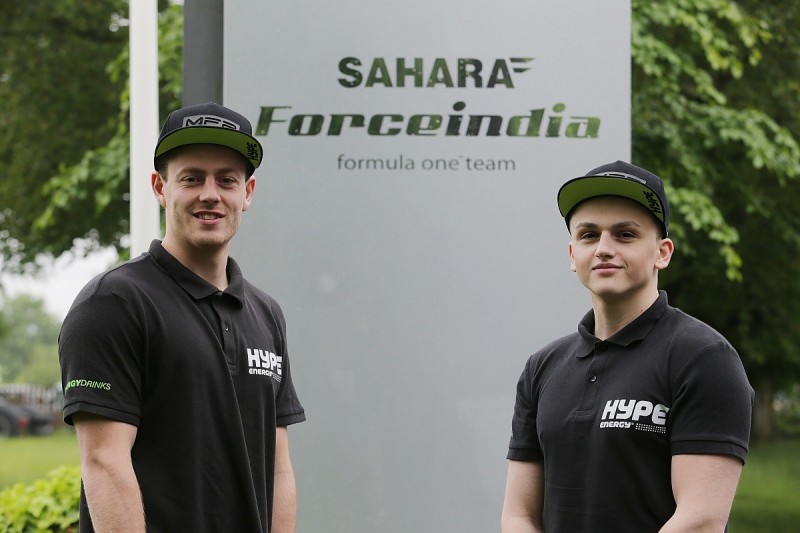 Prior to the British Grand Prix, Force India revealed it had signed up two gamers to its eSports team: Mads Sorensen and Marcel Kiefer.

Sorensen made a name for himself in last year's F1 eSports series by winning the fastest lap award in the Abu Dhabi finale, while Kiefer is a relative newcomer who narrowly missed out on the 2017 finals.

Williams was randomly selected as the first team to pick in the Pro Draft on Monday, having launched its own team earlier this year.

At the time Williams said it would launch competitions for players to earn a place on its eSports roster, after it signed Javier Perez, Jani Vitsaniemi and Bernardo Perez.