Schothorst, who was narrowly beaten by fellow Dutchman Rudy van Buren in last year's WFG, made the decision to pursue a career in real-life racing after proving he could transfer his pace from the game to the McLaren simulator.

He made his racing car debut earlier this year when he drove for MP Motorsport in the opening round of the F4 NEZ series, scoring two podiums across the three races.

Schothorst will continue his partnership with MP in Eurocup, where Renault junior and MP driver Christian Lundgaard sits just 10 points away from the top of the drivers' championship.

"I have to do in one year what most drivers do in two or three because I'm already 21," Schothorst explained to Autosport.

"The F4 weekend was really good. I had a couple of days in the car before, but compared to other guys, I had such little experience.

"The final race, where I was the entire way half a second faster than the entire field, I also did the lap record, so that was a huge confidence boost. 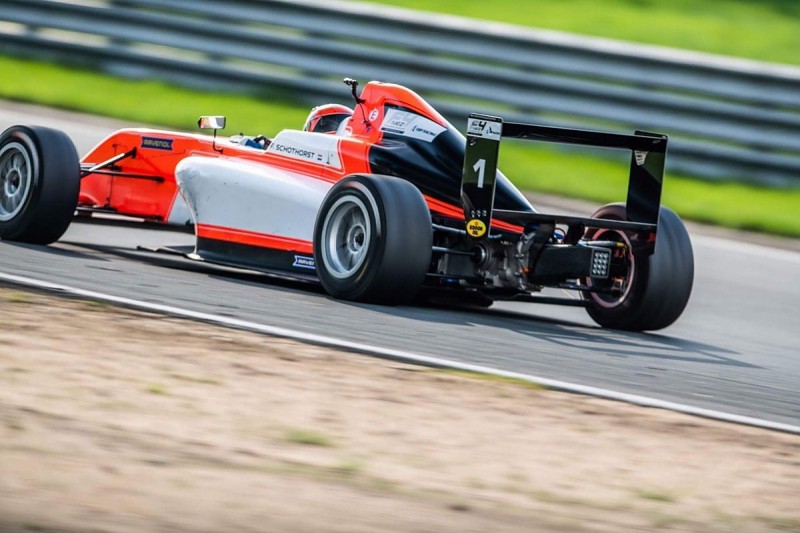 "But the step I'm making now is into a much higher level so it will be really intriguing to see how that goes.

"It's going to be a really steep learning curve, but I want to finish in the top 15 at the very least, but really push for the top 10."

Although it is currently a one-weekend deal, Schothorst is confident of competing in all four of the remaining Eurocup rounds the season, and has the goal of being amongst the frontrunners by the season finale.

He impressed during running prior to the event, topping a recent private test at Catalunya by half a second ahead of the likes of current French F4 runner-up Ugo de Wilde.

Schothorst said he wants to show that sim racing is a valid entry into real-life racing and hopes to help "change the dynamic of motorsport".

"What I want to do is really ambitious, the ultimate goal is Formula 1, but that's obviously a long shot," Schothorst added.

"I really want to make that transition to try and show that sim racing can be a grassroots [entry] into motorsport.

"I want to show that F1 teams should not only look at karting but at sim racing too for the next talents.

"Right now, there are probably a couple of thousand people who can afford to go into karting and try to see if they have the skills.

"If sim racing can be a way into motorsports, then you have potentially millions of people who could try.

"It would be such a change to the whole dynamic of motorsport. That's why I have these really ambitious targets because I have to reach these targets and show the world that it's possible."