Ferrari Academy driver Giuliano Alesi believes any chance of winning the GP3 Series title is gone, after a second difficult weekend in a row at Spa

Two punctures had ruined Alesi's Hungaroring weekend, then a qualifying lap struck off over track limits impacted the Spa round by leaving him ninth on the Saturday grid.

He now lies sixth, 86 points behind Anthoine Hubert with 144 points in total on offer for the remaining three rounds.

Alesi - son of ex-Formula 1 racer Jean - is yet to win a feature race, but does have four wins from reversed-grid races and seven podiums.

"The championship for sure is gone, it was gone the weekend after Budapest," Alesi told Autosport.

"I am really unfortunate because it is not my fault.

Trident driver Alesi said he respected the stewards' decision over the track limits penalty at Raidillon - which has a sensor to detect track limits breaches - but it still hurt.

"To have my qualifying lap taken away for such a small error, a track limits error, is quite painful," he added.

"It's the rules, I fully respect the decision.

"You can't gain, you can only lose. I did my fastest sector after that."

After being too "conservative" in the Spa feature race, he finished ninth, one spot off the reverse-grid pole.

Of his sprint race sixth place finish, he added: "I am happy, I showed I have the pace and I cancelled the mistakes and I managed to improve." 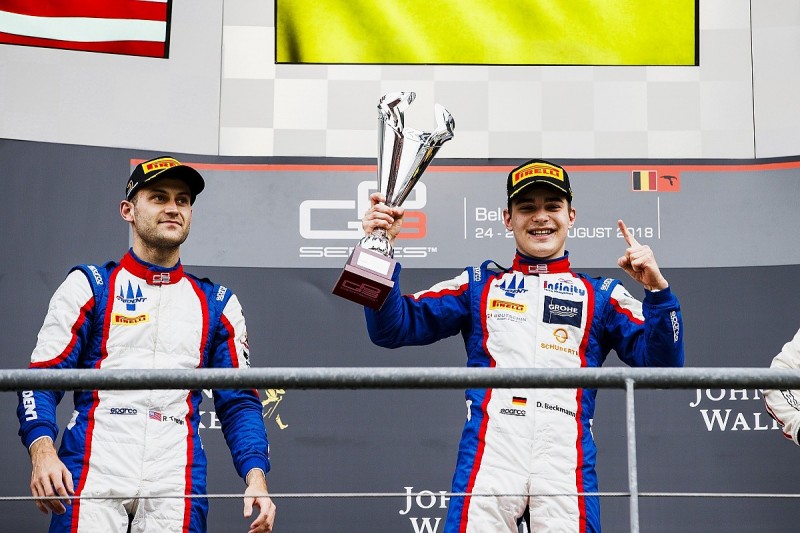 After dominating the GP3 feature race at Spa, Trident and its drivers are confident that its upturn in form is "permanent" and it will challenge ART Grand Prix for the rest of the season.

Trident locked out the top four spots in Spa practice, then took pole with David Beckmann before securing its first GP3 one-two with Beckmann and Rvan Tveter - who had come through from eighth on the grid.

It marked the first time that ART had failed to win a GP3 feature race in 2018.

"From Paul Ricard, specifically with my car, we made a few changes to suit my driving style more and fixed the issues I was struggling with in testing and at the opening round.

"I think from then on we've had a car to fight for big points in the feature race."

An almost tearful Tveter dedicated the one-two result in the feature race at Spa to team principal Giacomo Ricci's father, who is ill in hospital.

"It's a fantastic result for the team," added ex-GP2 racer Ricci.

"The result and my prayers go to my dad at this moment."