How the 2019 Le Mans Esports Series Super Final will work

Twenty-thousand gamers from across the world competed over 10 months, but now the best 36 drivers will battle it out at the Super Final for the Le Mans Esports Series

They will be competing in 12 three-driver teams for their share of the $100,000 prize fund across a series of nine races in the ACO Fan Zone at Le Mans in a 24-hour period prior to the real-life race.

10 teams qualified via the six-round qualification process, which has been running since the series' launch at the Silverstone WEC round last August.

They will be joined by two 'wildcard' entries, chosen for their vast experience in real-life or sim-racing.

A range of machinery will be used for the event and the teams have been tasked with building their own 'fantasy garage' from a budget of €150,000.

Available for selection are seven categories of cars with famous history at Le Mans, from the early 1960s all the way to modern-day prototypes. 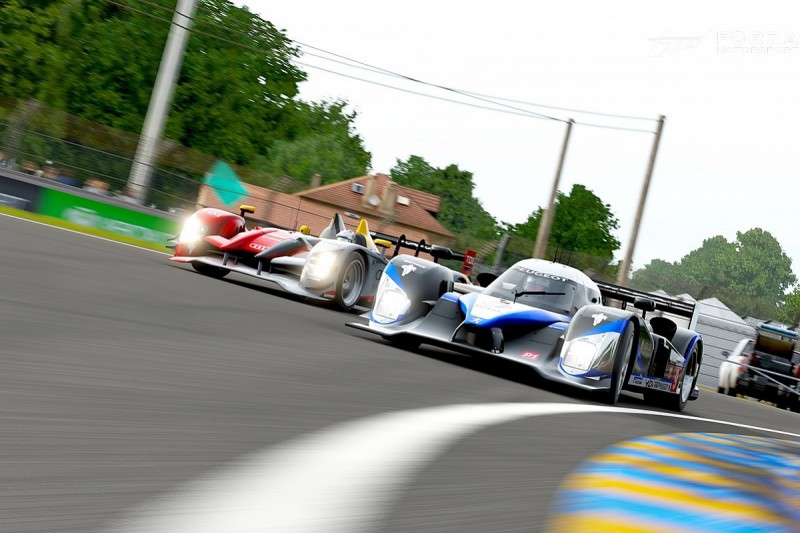 As well as the modern layout, an alternative historical variation of the Le Mans circuit will be used for the event, as well as races at additional WEC venues Spa, Sebring and Silverstone.

Thursday will be the qualifying day for the drivers, where each team will be acquainted with their chosen cars on the different circuits.

Their overall fastest times will set the grid for the first of nine races in the Super Final.

The Super Final's nine races will take place over a 24-hour period from Friday to Saturday morning, replicating the endurance factor of the real-life race.

The first race on Friday morning will see the starting driver from each of the 12 teams race to their simulator rig to start the race, a nod to the traditional Le Mans start.

The first eight races will each have the following prize money structure:

The grid for each of the subsequent races (races 2-8) will be set by reverse-championship order.

The points system for each race follows a basic 12-1 point system.

Each of the first eight races will either be two or three hours long, with regulated minimum and maximum amounts of driving time for each gamer in place, in order to ensure fairness.

Furthermore, all three drivers in the team have to participate in the 90-minute finale, with all driver swaps limited to when the car is in the pitlane throughout the event.

The prize money for the ninth and final race, which also grants the winners the chance to stand on the real-life Le Mans podium, is as follows:

The grid order, as well as the intervals that the drivers can start the final race, will be determined by the points from the first eight races.

The time intervals are calculated by converting point leads to seconds.

For example, if one team enters the final race with a six-point championship lead, it will start the final race six-seconds before its nearest competitor.

As in the first race, the traditional 'sprint to the cars' Le Mans start will be used.

The entire Le Mans Super Final will be aired on Motorsport TV.