As heads continue to evaluate how to shape the future of F1, motorsport managing director Ross Brawn said improving the racing spectacle was one of new owners Liberty Media's key aims.

Brawn said testing aerodynamic concepts or different sporting rules in a virtual environment before introducing them would be one way to avoid making things worse.

"Where we are looking at improving the racing in the future, there is a huge community of eRacers out there through whom we could potentially put different environments and different changes to the way we race," said Brawn, speaking at the F1 Live event in London on Wednesday.

"We can get them to tell us whether the racing has improved or not.

"In the eRacing community, if we change the aero property of the cars and that is fed into their community, does that create a better race or not from their experience?

"It is not that far removed from the simulators the real teams use.

"A lot of the F1 teams use software generated from the games industry to give a more realistic environment for their driver simulators.

"There is scope in that area as well, which we are exploring." 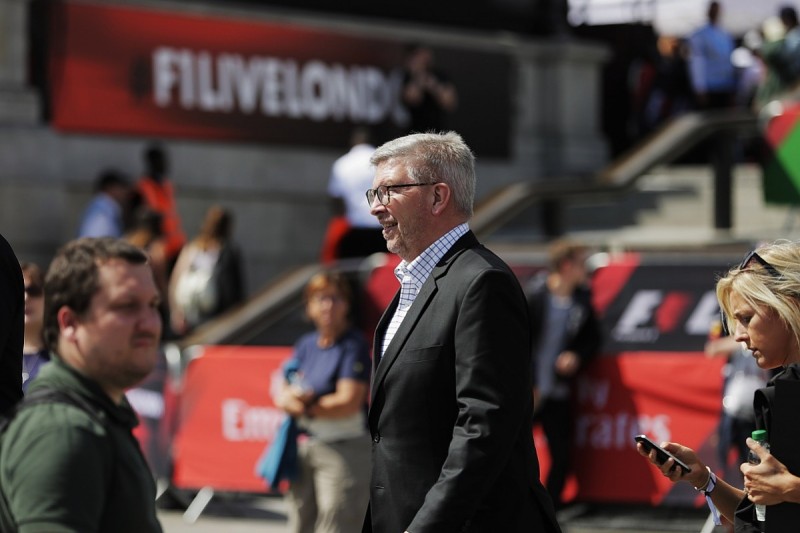 "At the moment we are trying to understand what makes a good race: what is it that makes a great race," he said.

"It is not just ovetaking. You can have a great race without overtaking.

"If you have two cars fighting each other for the majority of the race, there may not be overtaking but there can be a great race.

"The proximity of those cars is something which is a factor in making a great race.

He has also said F1 was working on plans to introduce eRaces, in which fans would be able to take part in real time grands prix.

"One of the things we will be taking a serious look at is eRacing engaging with the race itself," he said.

"So how do we create the environment where we have a live event going on and the fans are racing their cars in that race.

"So, for example, a safety car is called and they have to react in their environment to that. The potential for that is huge."

Game review: DiRT 4 for Xbox One and PlayStation 4 from Codemasters