Igor Fraga, the man who conquered the historic first FIA-certified Esports event in Monaco last weekend, is a prime example: his journey's taken him from karting through Formula 3 to Esports, and his goal of reaching Formula 1 or IndyCar hasn't relented even with his recent focus on simulated racing.

Going into the weekend were 30 drivers who had all qualified to compete in the semi-finals of the Nations Cup through three regional finals. By the end of the first day of racing on-site in Monaco the field had been reduced to 16 drivers for the finals on Sunday.

The 20-year-old Brazilian had dominated America's regional finals in Las Vegas and proceeded to take his in-game form with him, winning his semi-final heat from pole position.

Fraga also started the first race of the finals in a similar fashion, helping him build a points gap in the championship. However, tyre wear in the second race and mistakes both on track and with his strategy in the penultimate race put Fraga on the back foot going into the final race, which had double points on the line.

"In the fourth race I was just trying to forget what happened in the second and third race, trying to put myself in the focus zone again, and also I tried to learn from my mistakes," Fraga told Autosport. 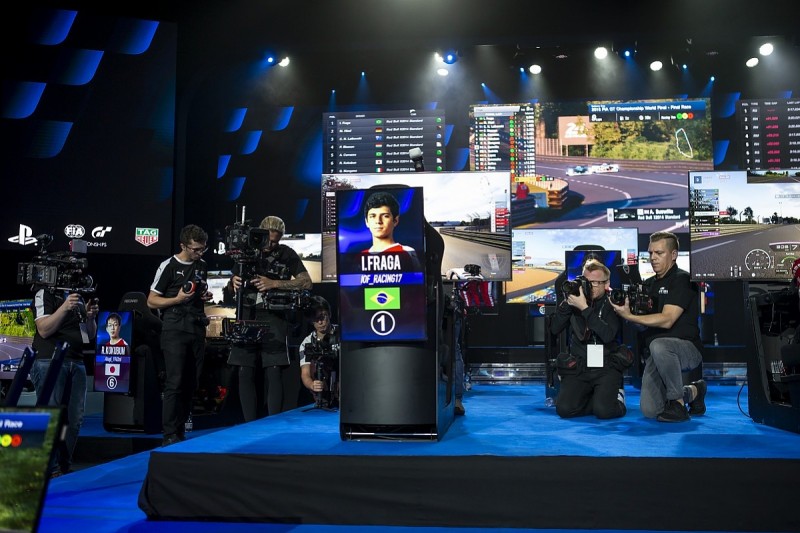 "I believe that it's very important to always be improving, even on your lap times or strategy, whatever.

"At the beginning with the hard tyre it was actually quite good, because the top two was battling so hard and slowed down a little bit the pack, and I was able to follow them. I had also some chances to pass people, and I was just right there.

"For the second stint I was with the medium [tyre], I had a quite similar pace with them, but at the end, I was only five seconds behind. And also, I had the soft tyre to put [on] and then, they had only the hard tyres, and at the end this made a huge difference."

Eventually his strategy and pace with the Red Bull X2014 standard concept car around the Le Mans circuit, as well as Tomoaki Yamanaka - the points leader going into the final race - falling down the order at the end, led him to his championship win.

Competing isn't a new concept for Fraga however. This year he's had full campaign in USF2000, while he has previously won multiple karting championships and a class win in Formula 3 Brazil in 2017.

Fraga was raised in Japan for the first 12 years of his life before moving to Brazil, which has led him to be able to speak Portuguese and Japanese, as well as English and a bit of Spanish. Unsurprisingly he says his racing hero is Ayrton Senna.

He says that his journey up until now originated from the upbringing that his dad had when he was a child. 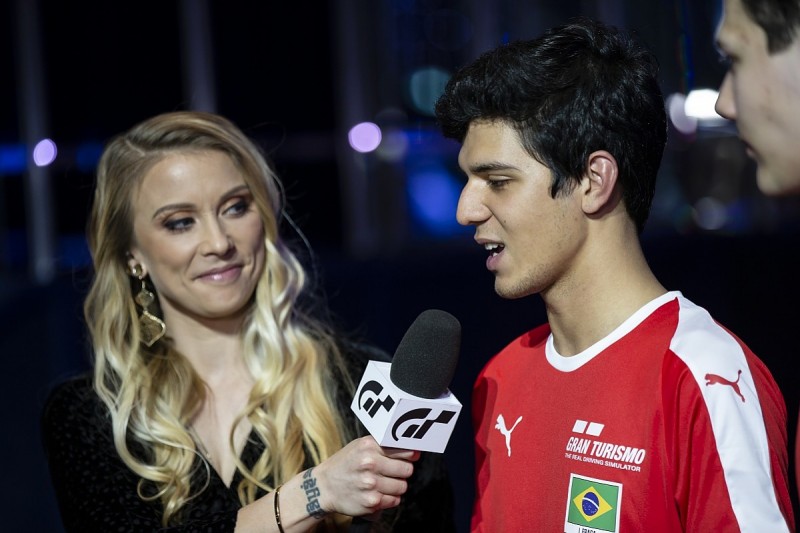 "My grandfather had a mechanical car shop, so my dad had been grown up in this scenario," he said. "He's been racing go-karts [for] I think around two or three years when he was a teenager.

"I already remember that I had some toy cars on my shelves. So I always appreciate the cars, and I really liked to play. My dad wanted always to support me.

"So he introduced me to motorsports, and first of all he bought me Gran Turismo 3 [and a] steering wheel. And he wanted me to have some base [knowledge] like, throttle, brake control, a little bit of the steering wheel to introduce me to go-karting."

It wasn't long until he started to race in karts in Japan, and while he eventually won a few karting championships in the country and internationally, it started off as a fun family venture.

"It started with just fun, having a good time with family at the weekend," he said. "And then I started to do some competitions.

"At the beginning I was further back because there is a lot of difference between experience of age, because I was just beginning at around four or five years old and there were already people that were seven years old with two or three years' experience in go-karts, so this makes a huge difference." 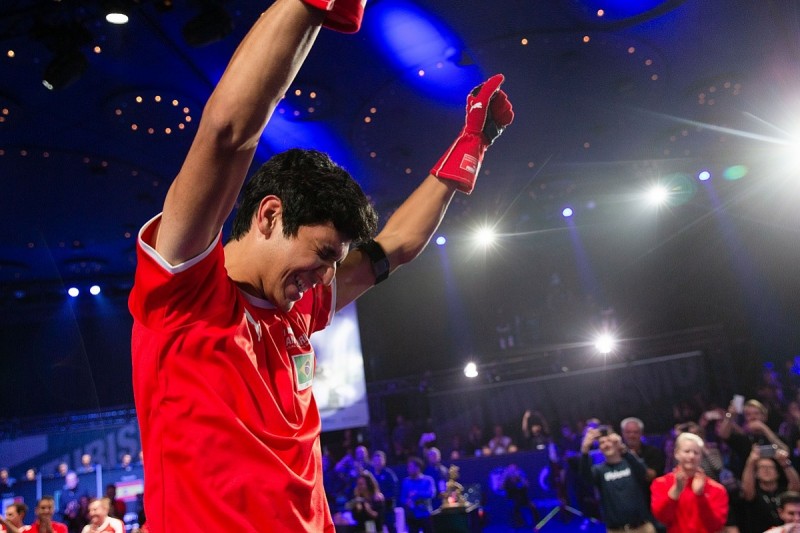 In 2014, living in Brazil, he moved up to single-seaters with a partial season in Brazilian Formula 1600 as well as a couple of Formula Vee races. He then moved onto F3 Brazil Light in 2015, finishing third in his first season of the championship, and two years later he finished first overall after 10 wins and 13 total podiums across 16 events.

This year he competed in a full season of USF2000 with Exclusive Autosport. Fraga was able to manage three podiums including a second place finish on the opening weekend of the season at St Petersburg, eventually finishing fourth overall in the championship and two points behind fellow Brazilian Lucas Kohl.

The financial side of motorsport has been an issue for Fraga. It's why he's looked to Esports as another way to grow his career and achieve his dream of competing at the top of motorsport.

"My dream is to achieve one of the highest single-seater categories in the world, like Super Formula or Formula 1 or IndyCar, and be the champion and professional, and be one of the quickest in the world," he said.

"And I believe that, right now, [with] the esports scene growing up, I think it could be a big opportunity for me."