Following a month-long qualifying process, 40 of the world's best F1 2017 players assembled at the Gfinity Arena in London to race for a place in the grand final, which takes place in Abu Dhabi as part of the build-up to the Formula 1 season finale.

A series of qualifying races determined the seedings for the eight heats, with the 40 racers broken down into four groups of 10.

Briton Brendon Leigh recorded the quickest time and was a commanding winner in his first heat, played out at Interlagos, while the random weather generator meant his second heat took place in the rain around Silverstone.

With his earlier win ensuring that he started from pole position, he made an excellent start and then proceeded to pull away from the field at over a second a lap.

All four groups produced double winners. In group two Dutchman Allert Vanderwal took the lead from second on the grid at Interlagos and held on to win, but had a much sterner test in the second race.

A great start by Sven Zurner took him into the lead, but Vanderwal stayed close and, when Zurner pitted for his mandatory tyre change, he upped the ante and emerged in the lead when he made his stop a lap later.

During a tense closing, there was a fantastic five-way battle for third place.

Going onto the final lap Italian Tiziano Briono led his countryman Gianfranco Giglioli, who in turn had Harrsion Jacks swarming in his mirrors.

But it was Giglioli who came out on top, executing a daring move that was symptomatic of the night's action, with the drivers racing hard but fair and showcasing the extreme level of skill that is required to compete at this level.

Group three was dominated by another Brit, Sonuc Saltunc, who won both of his heats with relative ease.

The best race of the day came in the final heat in group four. A great start by Frederik Rasmussen took him into the lead, but Patrik Holzmann stayed within DRS distance and eventually made a move stick for the lead.

Rasmussen then dived into the pits to make his pitstop and made the undercut work, holding a 1.4s lead after Holzmann made his stop a lap later.

Over the closing stages Holzmann edged his way onto the tail of the leader, making the decisive move into Stowe on the last lap to seal his second win of the day and book his place to Abu Dhabi.

There's now a six-week gap before the final takes place on November 24-25.

The top three will receive a VIP experience at the 2017 F1 season finale, while the winner will get to attend the race of their choice in 2018 and will become a non-playable character in the F1 2018 game. 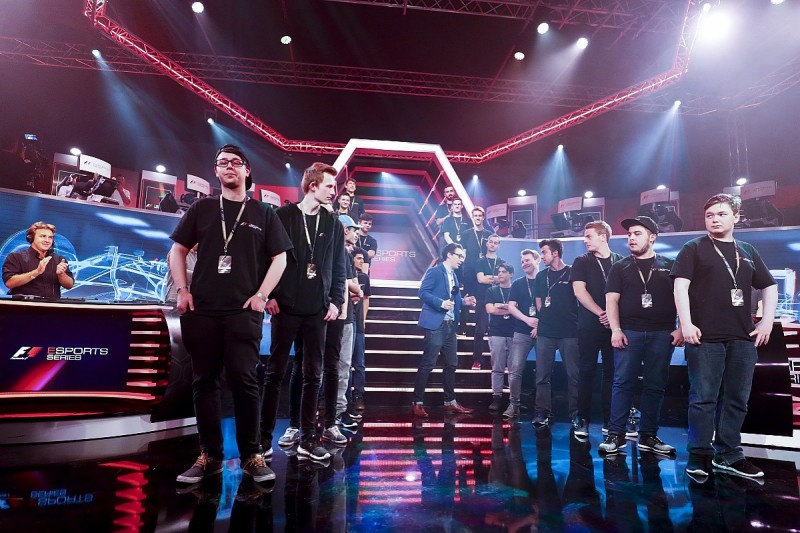