FIA president Jean Todt has called for Ferrari Formula 1 junior Mick Schumacher to be left "in peace", as he prepares for his rookie Formula 2 campaign

Schumacher, the son of seven-time F1 champion Michael, set the fastest time of the week in F2 testing at Jerez last Thursday for the Prema Racing squad, with which he won the Formula 3 European Championship last year.

He is in action again this week, as F2 pre-season testing moves to Barcelona on Tuesday, Wednesday and Thursday.

When asked about Schumacher's link with Ferrari, Todt said: "I'm very happy, it's Michael's son Mick, I've known him since he was a baby.

"I love him, he's a great character and we must leave him in peace.

"He's demonstrating to be a very talented driver.

"On top of that he's a very nice boy, very humble, very well-educated.

"I will follow him very closely as I've always been doing. 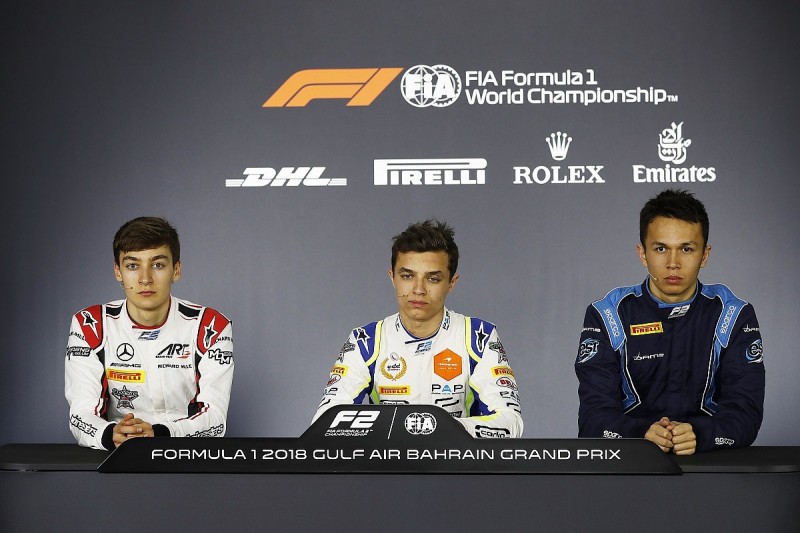 Respective McLaren and Williams drivers Lando Norris and George Russell have each graduated to F1 for 2019 after a year in F2, while Alexander Albon has also stepped up with Toro Rosso after two seasons in the feeder series.

When asked how the trio would fare as young drivers in F1, Todt said: "It depends on the car they will drive.

"It's something you should understand, the driver without a [competitive] car he will do nothing.

"You have people who have decided to step out of F1, like Alonso, because he is not able to have a winning car."

Norris and Albon both set competitive times in F1 testing, while F2 champion Russell's mileage was compromised as Williams arrived late to the first test.