There will be 16 drivers from around the world competing in four races, each on a different track and car category in GT Sport, having qualified through the Nations Cup semi-finals on Friday.

The top 10 drivers in each race will accumulate points on top of what they accrued during the semi finals.

The winner of the first three drivers will be awarded 12 points, while one point will be given to the 10th place finisher.

For the final race of the event the drivers will all drive the Red Bull X2014 Standard concept car, specifically made for Gran Turismo, around the Le Mans circuit in the game, with double points on offer for the top 10 finishers.

Brazilian Grand Prix venue Autodromo de Interlagos and a version of the Monza circuit that doesn't use the first chicane will be used in race two and three respectively.

The in-game location for the first race had yet to be announced. 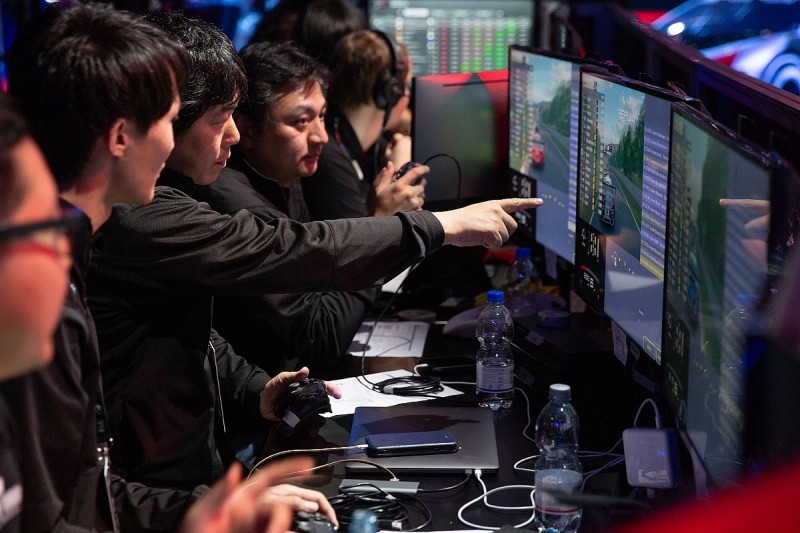 After winning their respective semi-final races on Friday, Brazilian driver Igor Fraga and Mikail Hizal from Germany are the two favourites heading into the finals.

Both drivers were Nissan team-mates in the Manufacturers Series final race on Saturday - which was won by Lexus - alongside fellow Nations Cup finalist Ryota Kokubun from Japan.

Adam Suswillo is the only British driver out of the 16 competing. He took the final spot after a much deserved fourth place finish in the last-chance Repechage race.

The FIA GT Sport Championship Nations Cup World Finals is due to start at 1700 UK time. You can follow the race live and find out more information here.