Fernando Alonso is consulting on a new Codemasters GRID game

Codemasters has revived the GRID series with a fourth instalment due to release on September 13, and has announced ex-Formula 1 driver Fernando Alonso as a driving consultant

Alonso will also play a key role in the game set to release on Xbox One, PlayStation 4 and PC.

The McLaren driver's FA Racing eSports team will appear as part of a game mode in which players take on Alonso's squad across multiple classes of racing.

The FA Racing team, which has new Williams development driver Jamie Chadwick on its books, competes across multiple virtual arenas such as Dirt Rally 2.0, iRacing, Project Cars 2 and GT Sport.

GRID says that the "final showdown" event will be a face-to-face battle with Alonso in his Renault R26 that he drove to a second F1 title in 2006.

"Having competed across F1, Endurance and Stock Racing, GRID is the perfect game for me and I'm delighted the studio has added both myself and my racing team into the game," said Alonso.

"GRID offers so much variety and I welcome the challenge when players get to line-up against me." 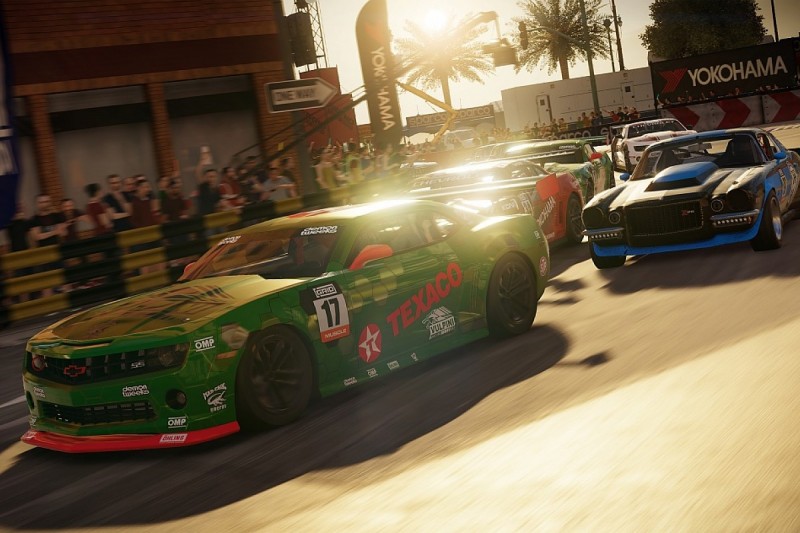 Chris Smith, GRID's game director, added: "GRID as a racing franchise is revered by our community and we are delighted to bring it to the current generation of consoles.

"The game offers so much variety and depth, from the number of modern and classic cars through to the locations and race options.

"We are also delighted to work alongside Fernando Alonso who is arguably one of the world's greatest ever drivers.

"His experience and knowledge has enabled us to make improvements to both the performance and handling of our cars."

Codemasters also announced details of the game's content, claiming that it will span "four continents in some of the world's most famous city streets and race circuits".

It will also offer a roster of machines from the world of GT racing, touring cars, stock car racing and more - although it is unclear if this will include official racing series.

Race types will be split between conventional circuits, street tracks, oval racing and classic formats such as time trial and hot laps.

The game is the first GRID game since 2014's Grid Autosport.

Codemaster's next release will be F1 2019 and the game will release during the Austrian Grand Prix weekend at the end of June.